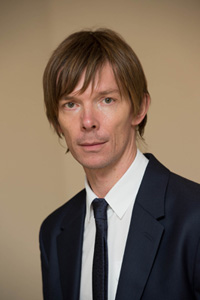 Ending more than a year of rumors, guessing and betting pools, the Documenta quinquennial announced today that its 14th edition, which will open in the Kassel, Germany, in June of 2017, will be directed by Adam Szymczyk, the director and chief curator of the Kunsthalle Basel in Switzerland.

Koyo Kouoh, the director of Dakar, Senegal’s Raw Material Company and speaker for the search committee, explained the pick: “Adam Szymczyk stands for a close cooperation with artists. His projects are motivated by an insatiable curiosity, interlaced by integrity and research.”

Mr. Szymczyk has been at the Kunsthalle Basel since 2003, and before that was curator of Warsaw’s Foksal Gallery Foundation from 1997 through 2003. Other credits include the 2008 Berlin Biennale and the Menil Collection’s Walter Hopps Award for Curatorial Achievement. He’s organized shows with artists like Pawel Althamer, Douglas Gordon, Susan Hiller, Lee Lozano, Piotr Uklanski and Krzysztof Wodiczko.

Back in 2011 The Times caught up with him at the opening for a show he organized in Vienna and wrote:

Mr. Szymczyk, 40, is something of a curatorial rock star these days. Not only does he look and act the part — he is incredibly thin and tall with shaggy blond hair and has an aura of cool aloofness — but his reputation for being avant-garde in his approach to contemporary art has helped him become a sought-after curator.

He follows Carolyn Christov-Bakargiev in the top job.