A fair amount of noise was made recently when it was reported that Mick Jagger of the Rolling Stones had lost an untold sum of his estimated net worth of $300 million in a failed Internet start-up. How could Mr. Jagger, a seasoned rock star who studied at the London School of Economics and famous for his shrewd business acumen, get fleeced in a bad business deal? In short, he didn’t. But Mr. Jagger was involved in the Internet venture called Famos, along with Eurythmics guitarist Dave Stewart and singer Britney Spears. But none of them, it turns out, lost money. I spoke with Famos founder Rent Sidon to find out the story.

Mr. Sidon was strumming a guitar when he met Mr. Stewart in 2011 in Los Angeles at the School of Rock, where their sons were performing. A casual chat sparked the idea for a technology development company named Famos that would connect artists and fans in a more meaningful, mutually benefiting way. Mr. Stewart, no stranger to fame, fans and music, liked the idea so much that he brought in Mr. Jagger (Mr. Stewart and Mr. Jagger had been recording music together for months in a band called Super Heavy). “He brought in Mick, and we unofficially joined forces,” Mr. Sidon said.

Then came William Morris Endeavor super agent Jason Trawick and his then-fiancée, Ms. Spears. Mr. Sidon hired Mr. Trawick away from Endeavor, where he represented an A-list roster of celebrities including Ms. Spears, Taylor Swift, Dwight Yoakam, Hilary Duff and Heidi Klum. In his new position at Famos, Mr. Sidon said Mr. Trawick would continue to work closely with the Endeavor and, presumably, with the firm’s clients. It’s unclear if Mr. Trawick, at the time, intended to bring along his clients as investors in Famos. If he did, he would certainly have had access to sizable Hollywood bank accounts. Either way, Mr. Trawick said at the time, channeling Spinal Tap bassist Derek Smalls, “I’m humbled to be a part of such a visionary partnership.”

In May 2011, it was announced that Mr. Trawick was joining Famos to run, according to a press release, “a media syndication platform, specifically tailored to address the unique needs of individuals and entities with broad digital reach and influence.” Messrs. Jagger and Stewart were named as partners. “As agents, we’re constantly getting pitched deals with some new technology that’s going to revolutionize this or monetize that, when basically they’re all just reading off the same script,” Mr. Trawick said. “Famos is a different animal—a disruptive technology that respects the artist and values the fan, which is basically everything my clients ever wanted.”

Mr. Sidon explains the online referral service this way: “We would be the agent for every single fan out there. We would take a 10 percent commission on any money generated from anything a fan ever did online. For instance, a fan might, in a text, email or tweet, say, “Oh, my God, I just saw Britney Spears,” and I click on her name and then later go out buy a Britney Spears ticket. That fan then gets the commission. They are the rightful recipient in our minds. Somebody is profiting off this, so it might as well be the consumers. These referral fees are out there. They’re built into the cost of goods sold already.”

People took notice. Interested investors included television networks, musicians and celebrities, claimed Mr. Sidon. It was going to be huge in every way. The plan was to launch—no, to carpet bomb, as he puts it—the world. They ran a beta test with Ms. Spears and were happy with the results. It was ready to go live. The idea was to time it with the Rolling Stones 50th anniversary tour. They would make a huge splash. Famos signed a contract with the Rolling Stones, but the Stones pushed back tour dates. Time started to slip away. “It was difficult to sit around for 18 months,” Mr. Sidon lamented. “You can’t do that with a start-up. It killed us. But it’s not their fault, and it’s not our fault. The reality is big boys play with big boys, and Famos was not yet a big boy.”

The initial investment dried up. Then the loans came due. By July, Mr. Sidon had lost everything he owned and filed for bankruptcy.

On the morning of Aug. 18, The New York Post breathlessly reported that Mr. Jagger had lost a chunk of his fortune in a tech start-up gone bad, namely Famos LLC. Citing an out-of-date press release, the Post reported that Messrs. Jagger and Stewart were primary investors in the company. The truth, it turned out, was that neither had yet invested.

But Mr. Sidon and his primary investors, a collection of friends and family, lost it all. According to documents filed by Mr. Sidon’s attorney on behalf of his client in the U.S. Bankruptcy Court Central District of California in Los Angeles, Mr. Sidon launched Famos LLC in January of 2009 and closed the company in July of 2013, filing for bankruptcy on Aug. 1, claiming 30 creditors seeking $1.5 million, including back taxes. At the time of filing, Mr. Sidon claimed he had, among a few other possessions, only $100 in his checking account and a Ford Explorer with 55,000 miles on it.

“It’s business, and it hurts badly,” pines Mr. Sidon, whose previous music biz experience seems to amount to having been a PA on the rocker film Eddie and the Cruisers and a cool photo on an about.me page for Famos that quotes George Bernard Shaw: “Hell is full of musical amateurs.” “It was the coalition of 10 years of work for me, and it’s a total loss. I know it was a great idea, though. But behind the pantheon of great ideas, there’s a graveyard of great ideas. I think Famos deserves some prime real estate there.” 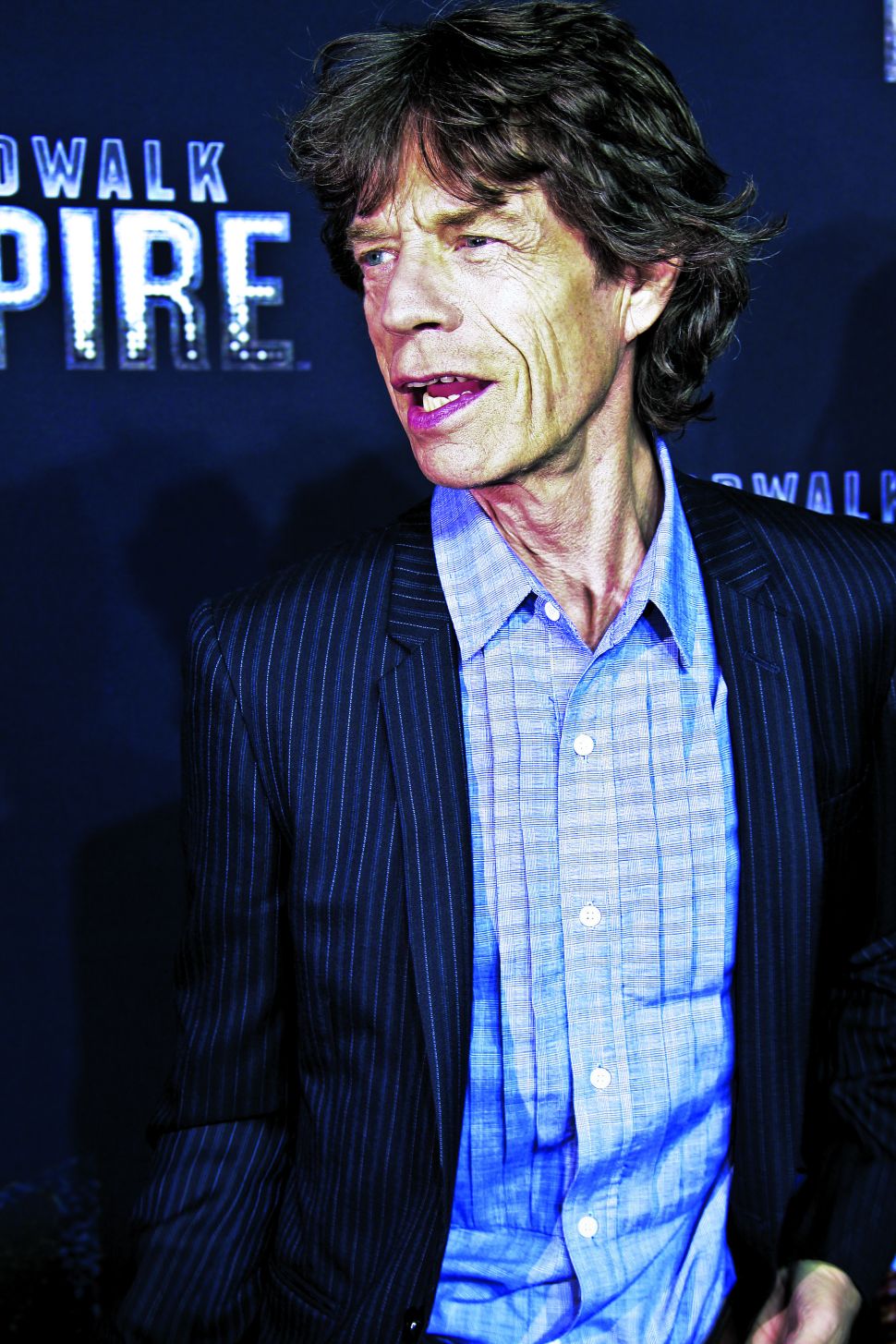