NEWARK – Two of the protagonists in the LD 2 election agony surfaced this morning at Newark International Airport, one of whom stands closer to what is now an unfolding courtroom drama.

“The minimum wage referendum question brought out Democratic voters,” said the union crane operator/lawmaker. “As a result, that’s why we’re in the situation we’re in.”

Amodeo watched his lead slide last night from 74 to two before the process ended and Democrats vowed to beat the assemblyman in court. 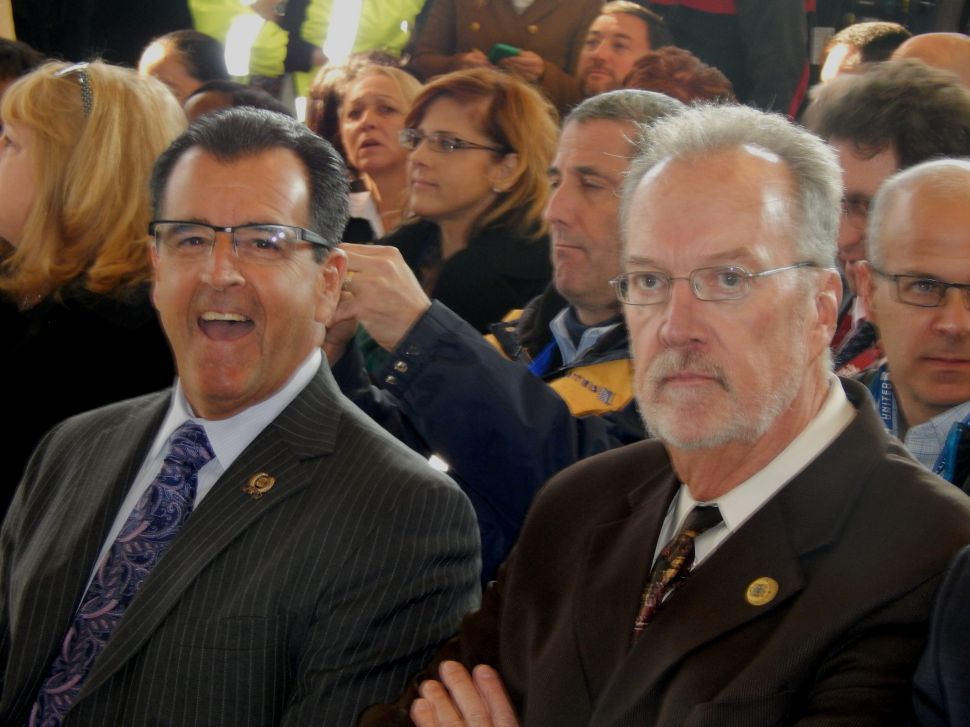