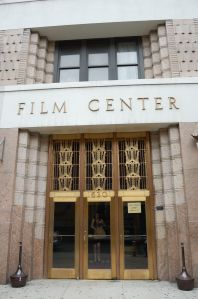 The Film Center at 630 Ninth Avenue. (The New York Observer)

Earlier this year, Parisian duo Daniele Balice and Alexander Hertling closed the doors of the Hell’s Kitchen gallery it ran with art critic David Lewis, who has since opened a solo venture downtown. Today they announced that they will run a “temporary exhibition space” in the same location that “will present exhibitions and events organized by curator, critic and artist friends.” Things kick off Nov. 9 with a group show called “Fearful Symmetry,” which is being organized by Zoe Stillpass.