Lumped up by scandal after scandal and headlines including the names of people like Rabbitt and Oury, Bergenfield limps into the polling booths on Tuesday with a local mayor’s race to consider and no apparent relief from the sludge of its past.

In the battleground district of the 38th, the local contest inevitably impacts a fierce state Senate race.

The late mayor up there in Bergenfield, Timothy Driscoll, radiated a no-BS impatience with corruption and held out against a much chronicled ethically-compromised local Democratic Party organization until the state Sen. Loretta Weinberg-affirmed Democrat weakened with age. The council turned against him, regenerating with the Democratic forces of Driscoll’s political enemies.

Then Driscoll died this year at 87.

In his stead came Carlos Aguasvivas, touted in teary headlines as a Latino super-star and the second Dominican mayor to helm a municipality after the pioneering Alex Blanco in Passaic City.

Since his swearing-in ceremony in April, Aguasvivas has had an inauspicious start on the job, according to sources in both parties.

His general election opponent, Norman Schmelz, posted a website savaging the allegedly financially banged-up mayor, charging him with failure to pay his mortgage, credit cards and income tax and demanding to know how he can be fit to serve as mayor.

The charges in a vacuum might not stick, say sources, except that Bergenfield provided the bucolic Bergen backdrop to the toxic story of Dennis Oury, the former attorney for Bergenfield, found guilty of mail fraud.

People in the town are tired, sources say.

That gives Schmelz a shot, says the GOP,  although the minority party faces tough odds in a 2-1 Democratic town that gave John Kerry 55% of the vote over George W. Bush in 2004 and awarded Barack Obama 58% over John McCain in 2008.

Moreover, the Democratic Party is pumping thousands of dollars in Bergenfield to get out the vote for state Sen. Robert Gordon (D-38), who wants to do well there to offset gains his rival, Republican challenger Fernando Alonso, may have in GOP-dominant towns.

“Bergenfield right now is a one political party town, with no GOP elected officials,” Yudin said. “I think the voters understand that’s not healthy. They understand it’s not a good thing when there’s only one party rule.  The Democratic mayoral candidate is mortally wounded and when you consider that along with all the problems of the past, and the fact that Chris Christie will do very well, I think this will be a year where we can win in Bergenfield.”

Democrats say they think Yudin is being overly enthusiastic, but to a man off the record lament the presence of a less than inspiring incumbent mayor and confess to the challenge the perceived squeaky clean Gordon will have of imposing himself on a sinkhole of political history.

“I think he’s going to win,” one Democratic source said of Aguasvivas. “God help us.”

But Yudin likes his party’s organizational advantages in towns like Hawthorne (4,000 to 3,000 registered R to D advantage), where, in this case, proven vote-getter Mayor Richard S. Goldberg – who almost ran for Senate instead of Alonso – faces the voters on the ballot underneath the popular Christie. 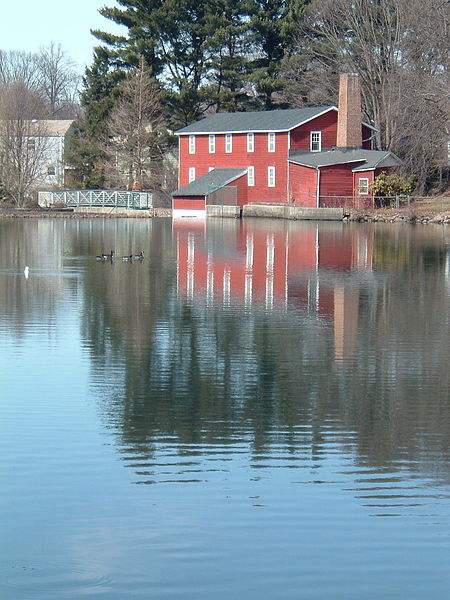