Mayor-elect Bill de Blasio announced that 60 prominent backers will join his transition team to select the city’s next mayoral administration.

Among the names on the list are Sex an the City star Cynthia Nixon, former White House Deputy Chief of Staff Harold Ickes, and longtime de Blasio confidante Bertha Lewis, who once led the social justice group ACORN.

“These leaders are volunteering their expertise in every issue and area of municipal affairs,” said Mr. de Blasio in a statement. “Together, they will join Transition NYC Co-Chairs Carl Weisbrod and Jennifer Jones Austin in helping me to assemble a team that’s devoted to building one great city where everyone shares in our prosperity.”

The group, he said, has been charged with helping to “identify women and men from every part of our city and walk of life that share a commitment to progressive and competent city government” and bring a “wealth of experience and knowledge of specific issue areas and government agencies.”

“The transition committee members come from every slice of civic life—business and labor, science and the arts, clergy and the grassroots, advocacy and the academy and their contributions will prove invaluable,” Ms. Jones Austin added.

According to a release, members on the committee are “volunteering their time to advise Mayor-elect de Blasio during the transition, and are not seeking to serve in the administration itself.”

The transition committee will include: 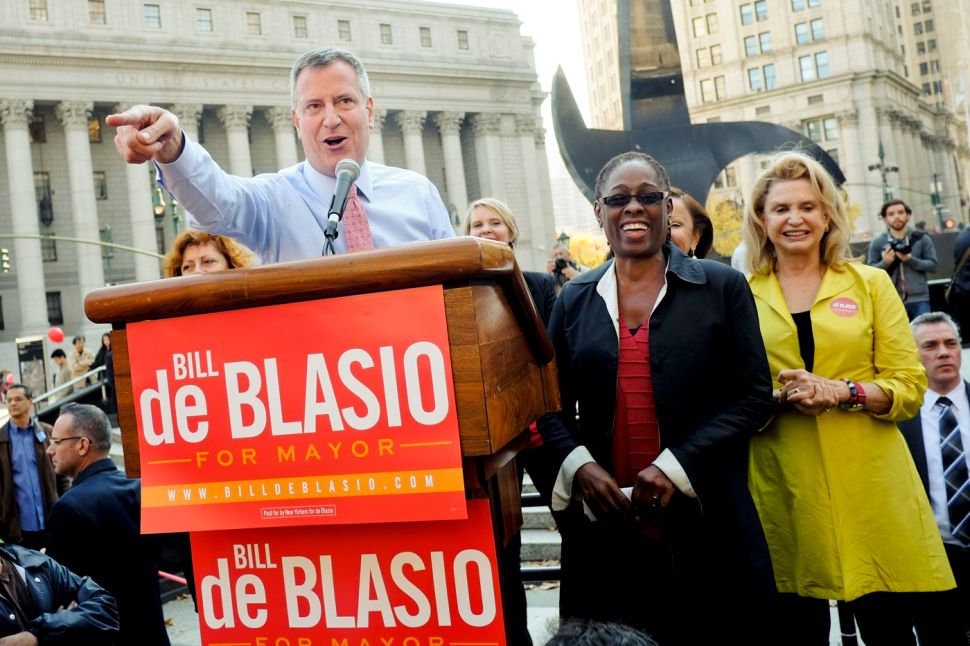