Mayor Michael Bloomberg this morning defended Police Commissioner Ray Kelly’s legacy, following a stunning interview with Playboy magazine in which the city’s top cop reportedly slams this year’s crop of Democratic mayoral contenders for pandering and agrees with his interviewer that they were “full of shit.”

“I’d have a smile on my face if I were him,” said Mr. Bloomberg, speaking this morning on his weekly radio show with WOR’s John Gambling.

In the article, released today, Mr. Kelly reportedly says he was deeply offended by the way the Democratic mayoral candidates used him as a punching bag during the campaign.

“They all claimed to be friends of mine,” said Mr. Kelly in the interview, “up until their mayoral campaigns.”

“I resented it,” he added. “I think I’ve had a long, distinguished career … It just goes to show you what some politicians will do. They’ll say or do anything to get elected.”

Mr. Bloomberg approached the story gingerly, bringing it up during a conversation about gains the city had made during his 12 years in office.

“I saw Ray Kelly got on the front page of one of the papers today, gave an article,” said the mayor, who went on to heap praise on the commissioner’s record.

“They said, ‘Oh, you know, people aren’t gonna like it.’ People like Ray Kelly,” he stated. “Why? Ray Kelly’s legacy is the following: 7,500 fewer people shot dead than there would have been if we’d just had the murder rate when we came in. And 7,500, history shows, would almost all be male, minorities, [aged] 15 to 25. So if Ray’s legacy is saving 7,500 lives, I’d have a smile on my face if I were him. And also lower crime, the economy of our city.”

He went on to marvel about how much the city had changed since the days when New Yorkers routinely left signs in their car windows advertising, ‘No radio.’

“Today, I wouldn’t suggest you leave your car with a key in it in the street, but the chances of your car getting stolen is tiny, infinitesimal, compared to what it used to be,” he said, pointing to restaurants with sidewalk cafés that stack up their chairs outside at night. “Can you imagine 25 years ago? Those would have been gone in a second!”

For his part, Mr. Kelly appeared to have no regrets about his tenure.

“Last year the homicide rate was the lowest in at least 50 years … I know we’re saving lives and I know we’re doing the right thing,” the commissioner told Playboy, shrugging off questions about whether the stop-and-frisk controversy had tarnished his legacy.

“I never think of the word legacy. It doesn’t mean anything. You do the right thing, in my judgment, and things will work out,” he said. “That’s what drives me.” 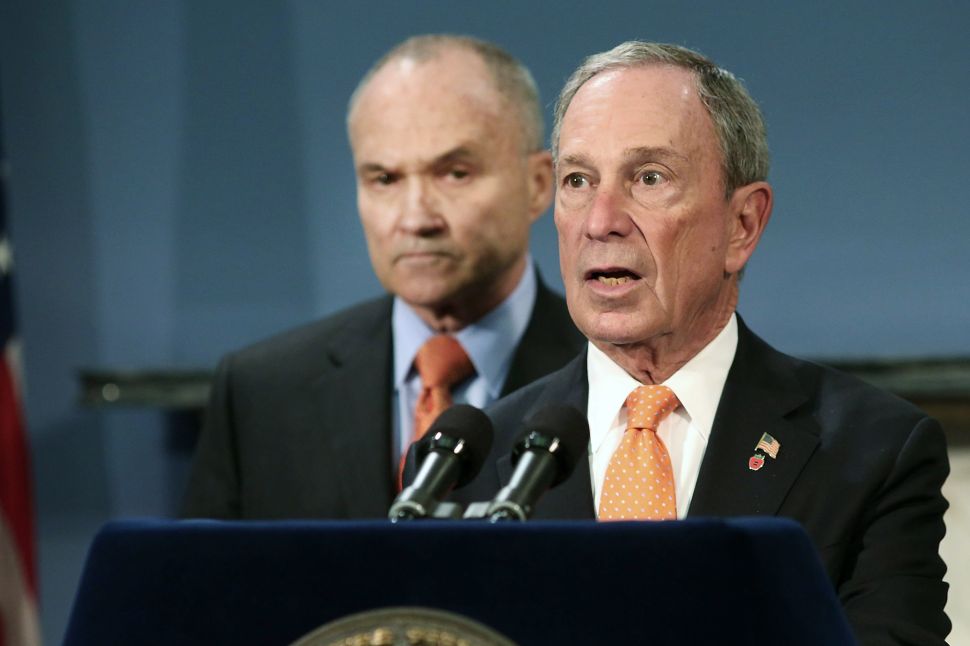