Mayor Michael Bloomberg emerged unscathed this morning from a visit to the Staten Island Zoo, where he was famously bitten by resident groundhog Staten Island Chuck on Groundhog Day back in 2009.

The mayor was on hand to cut the ribbon on a new 4,500-square-foot Amur Leopard habitat at the zoo–but this time got some better advice from Borough President James Molinaro, who’d reportedly told the mayor it was safe to pet Chuck on that fateful day.

“I’m going to give him some advice today: Stay out of the cage,” Mr. Molinaro said this time, according to the Staten Island Advance.

But Mr. Bloomberg seemed to harbor no bad feelings for the borough’s critters, despite the munching. (He would later call the groundhog a “son of a bitch.”)

“If you were a leopard, would you like to live here?” he asked, according to the paper. “I would. Staten Island is a nice place. We like it, so a leopard ought to like it.”

The mayor also suggested the zoo find its two new leopards some mates: “Why doesn’t the zoo find a pair of leopard sisters to introduce to these leopard brothers?”

During his weekly radio show this morning before the visit, Mr. Bloomberg reminisced about the encounter with longtime host John Gambling, who jokingly called the chomp “the highlight” of Mr. Bloomberg’s mayoral career.

“You’re not gonna get involved with the groundhog again, are you?” Mr. Gambling warned.

In response, Mr. Bloomberg revealed that there was, in fact, one casualty that cold February morning.

“The most annoying thing about that–because I had gloves on–was, you know, he bit, O.K., not a big deal. I felt it go right through the glove into my finger. But … I mean, it’s not gonna come to an end. And I held him. And then as I was walking out, I had to hold my thumb over that finger so it wouldn’t bleed all over the place.”

But the worst part of the experience? “The gloves were ruined. Your finger grows back. The gloves don’t grow back,” he joked. 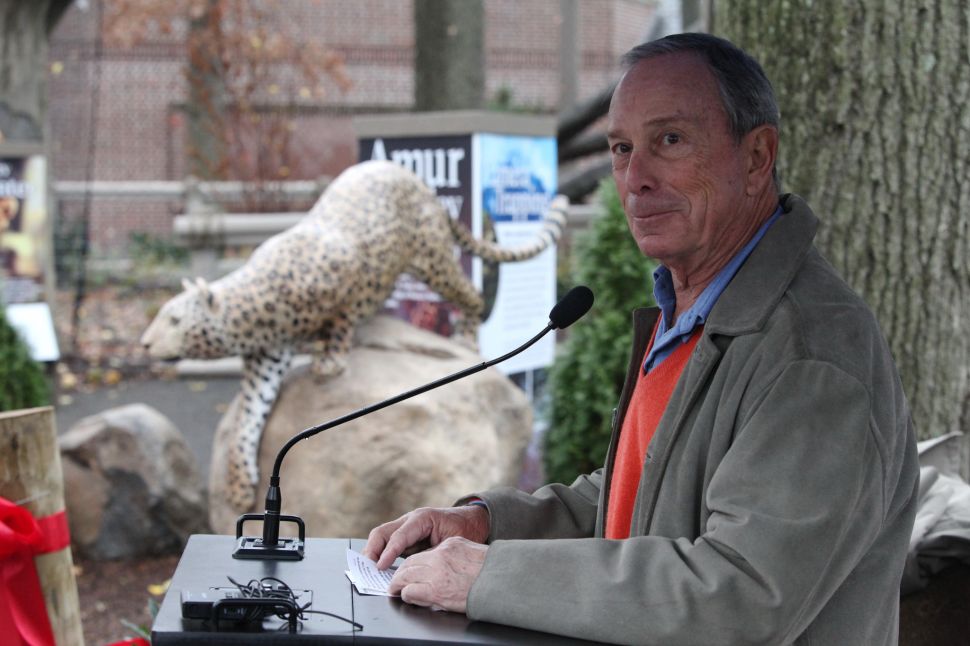