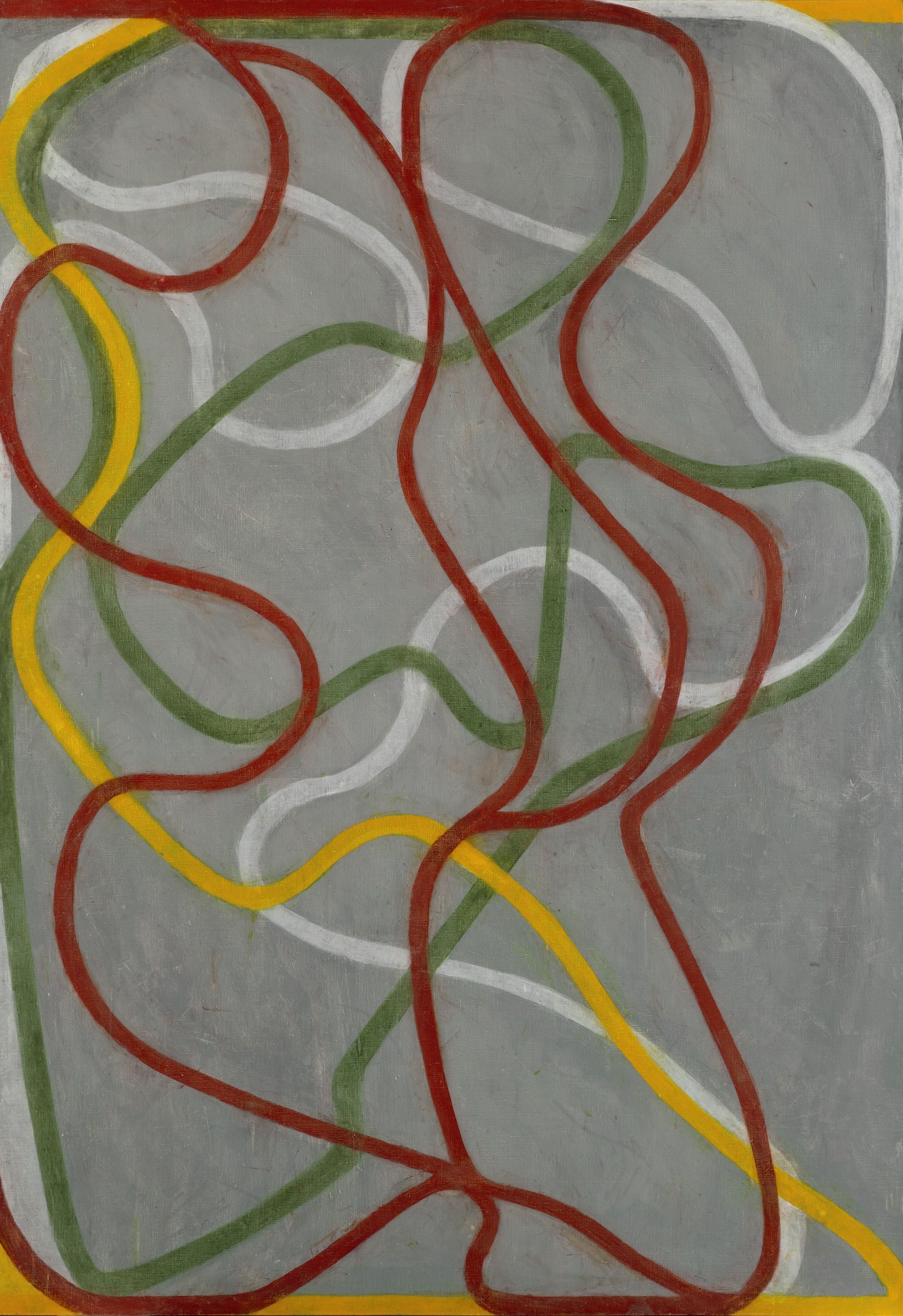 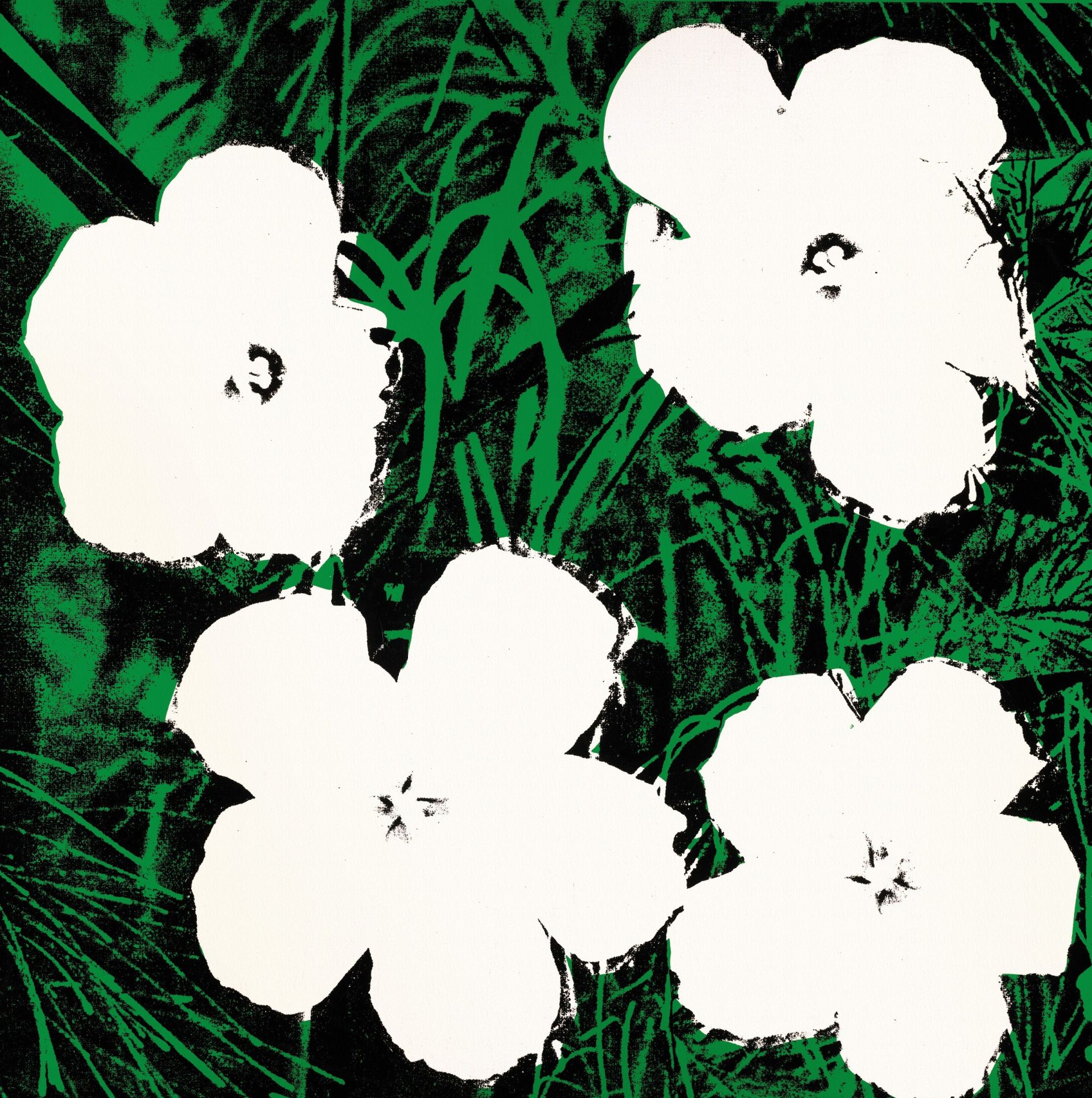 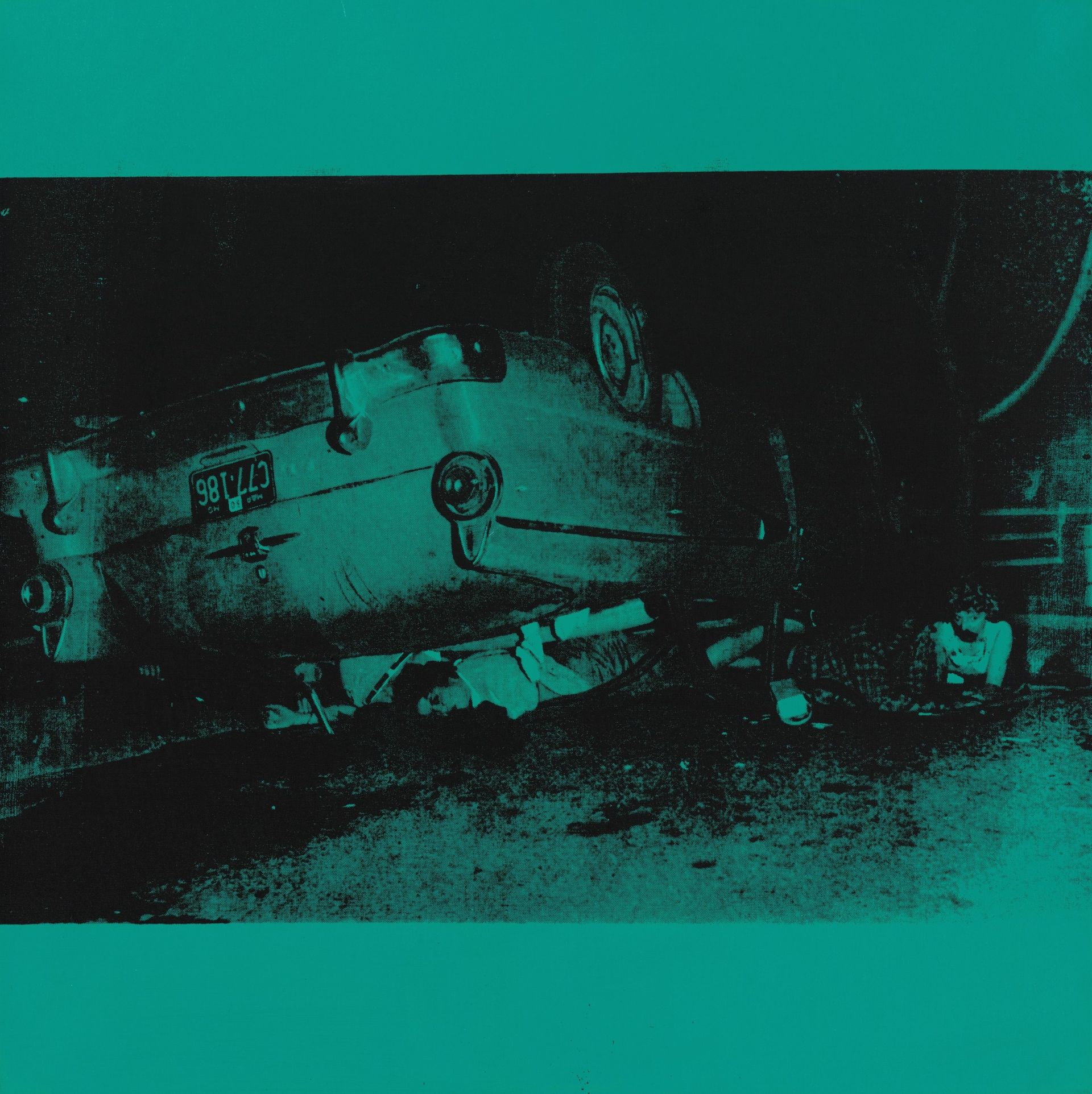 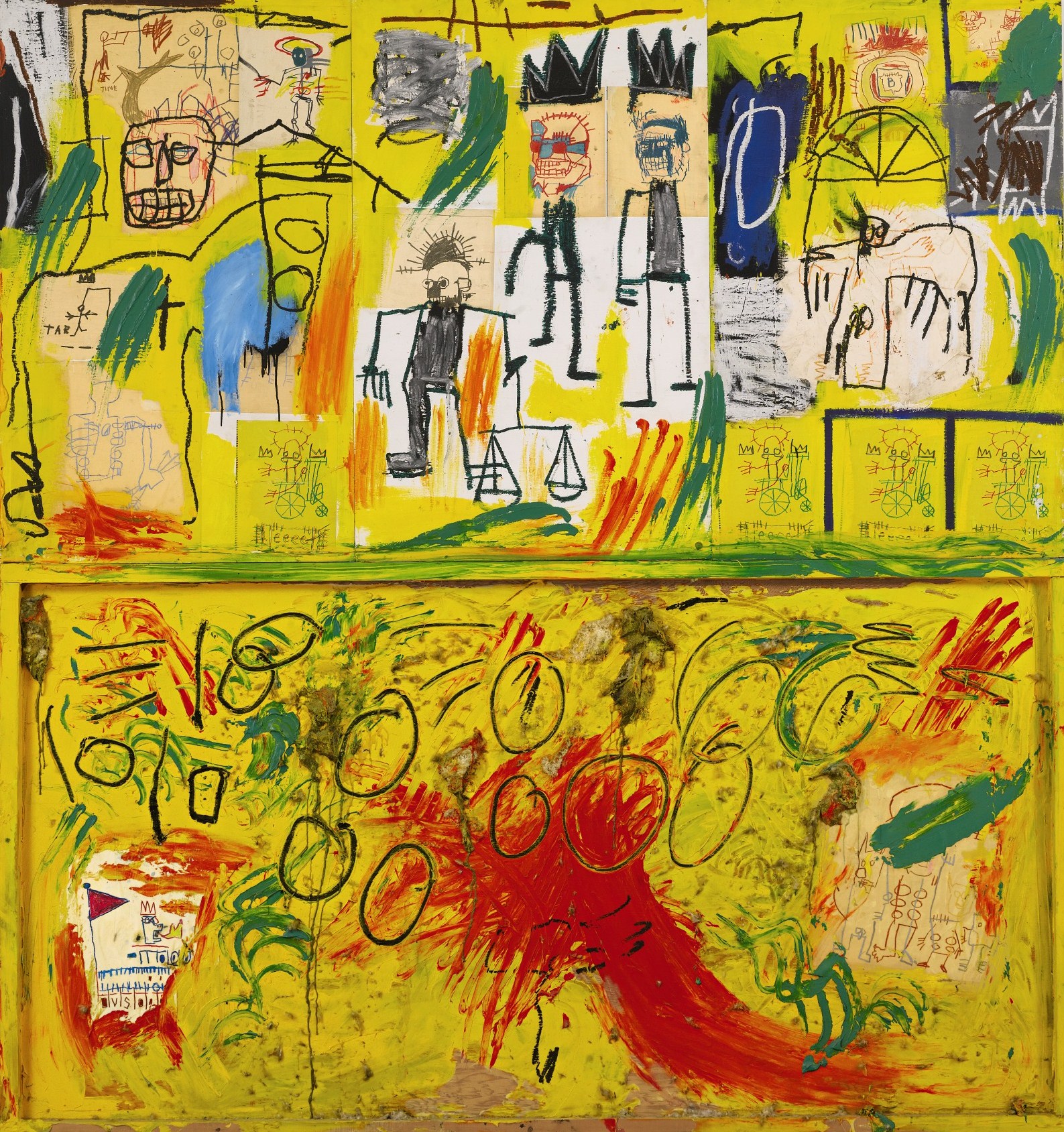 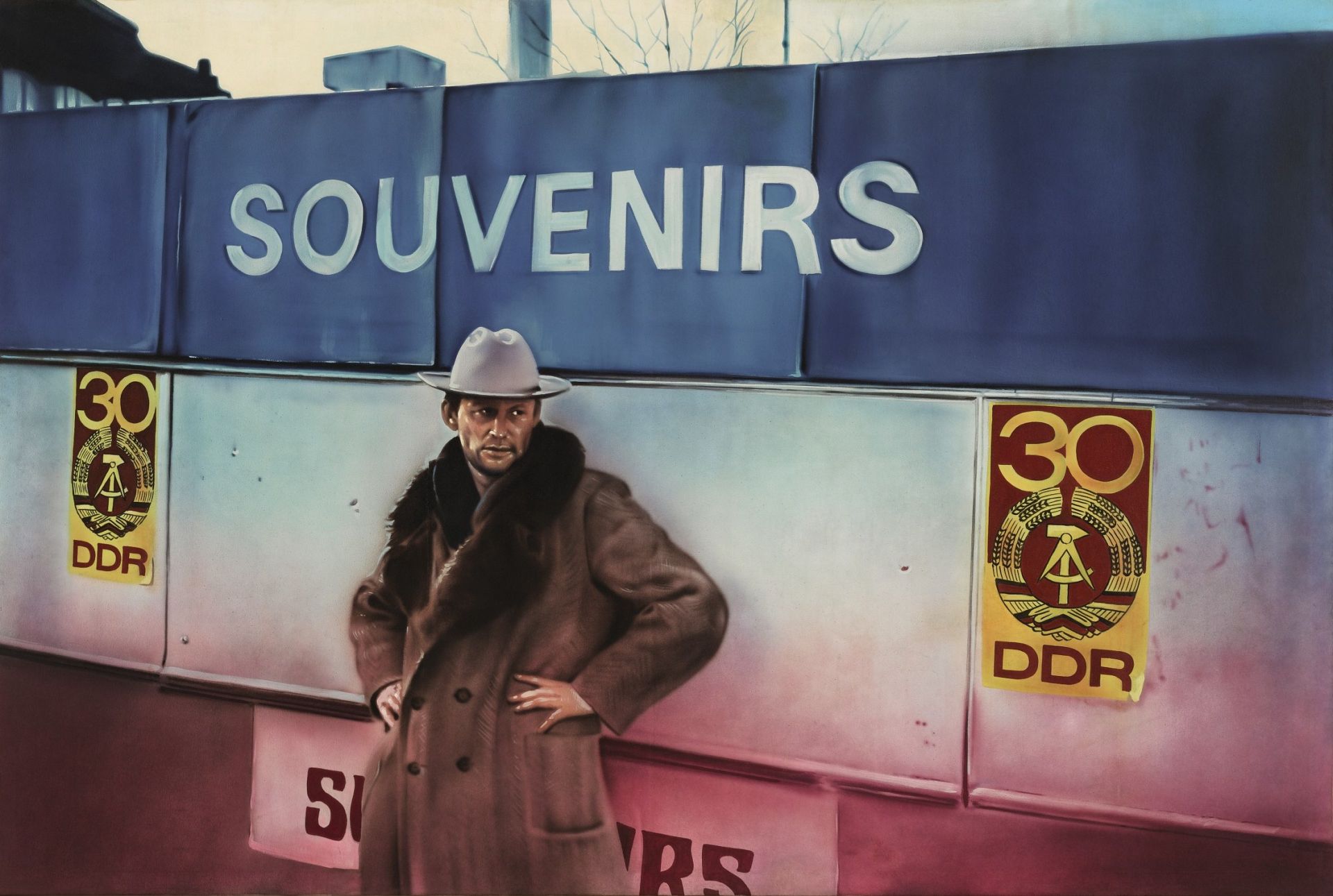 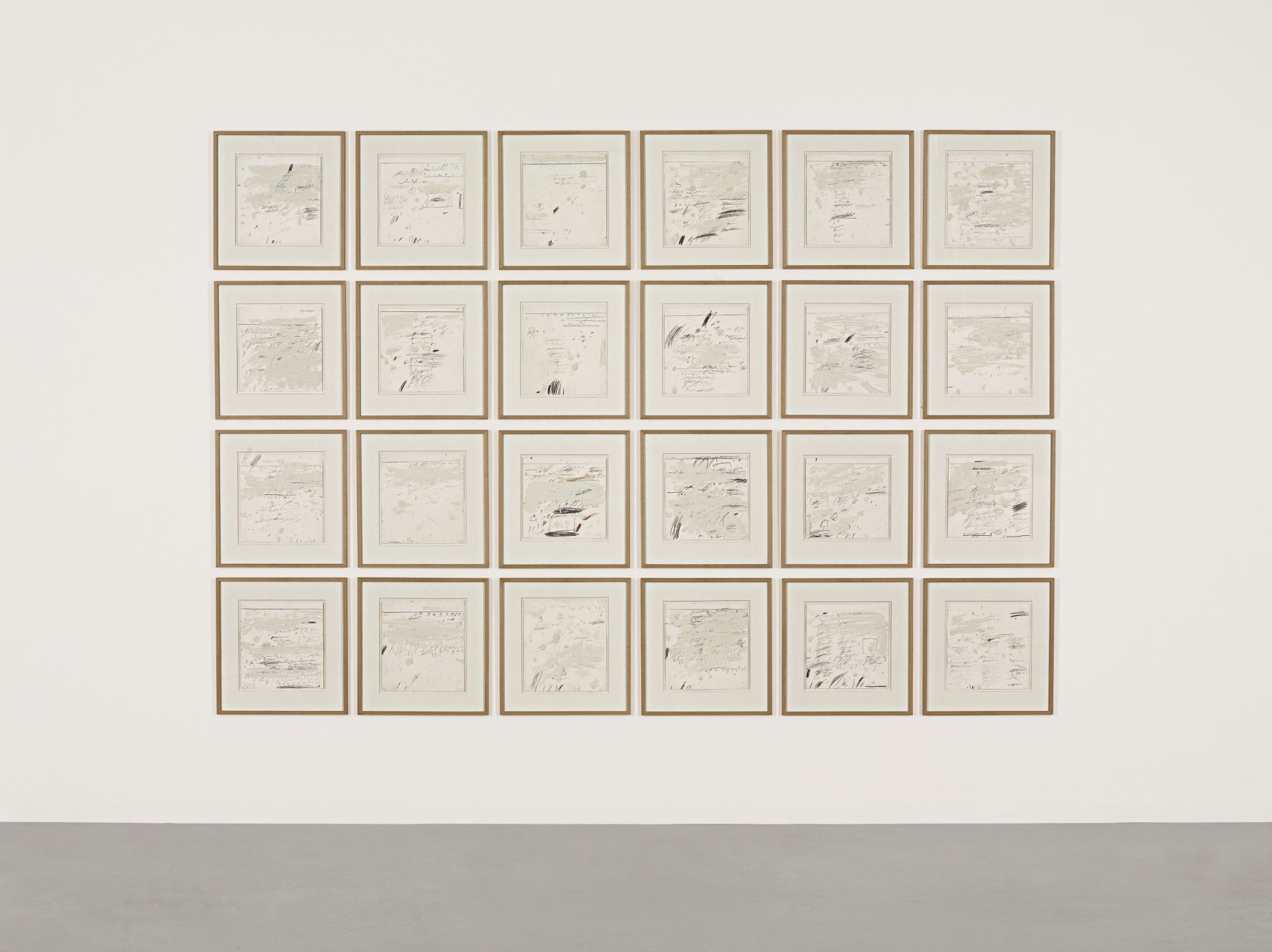 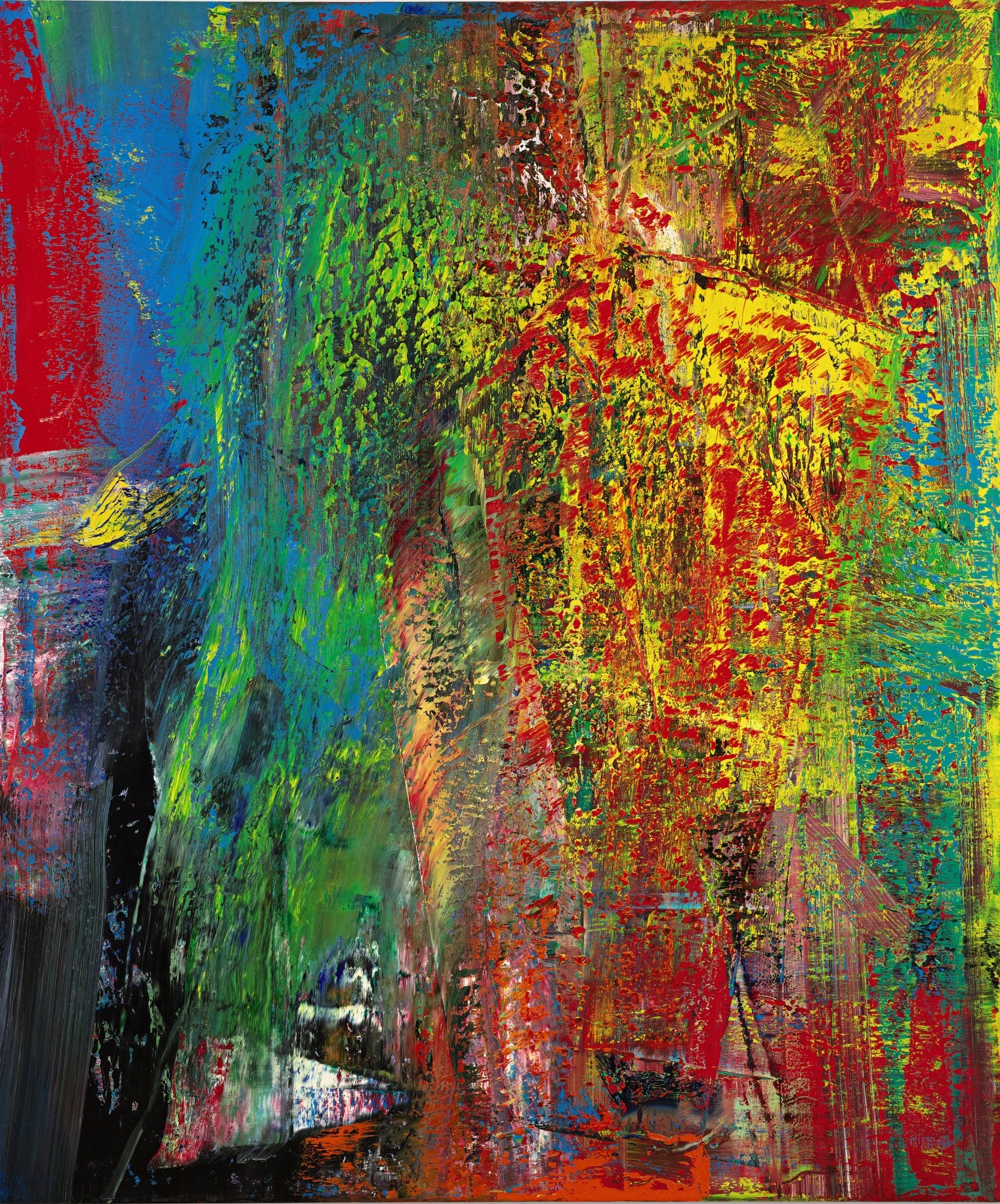 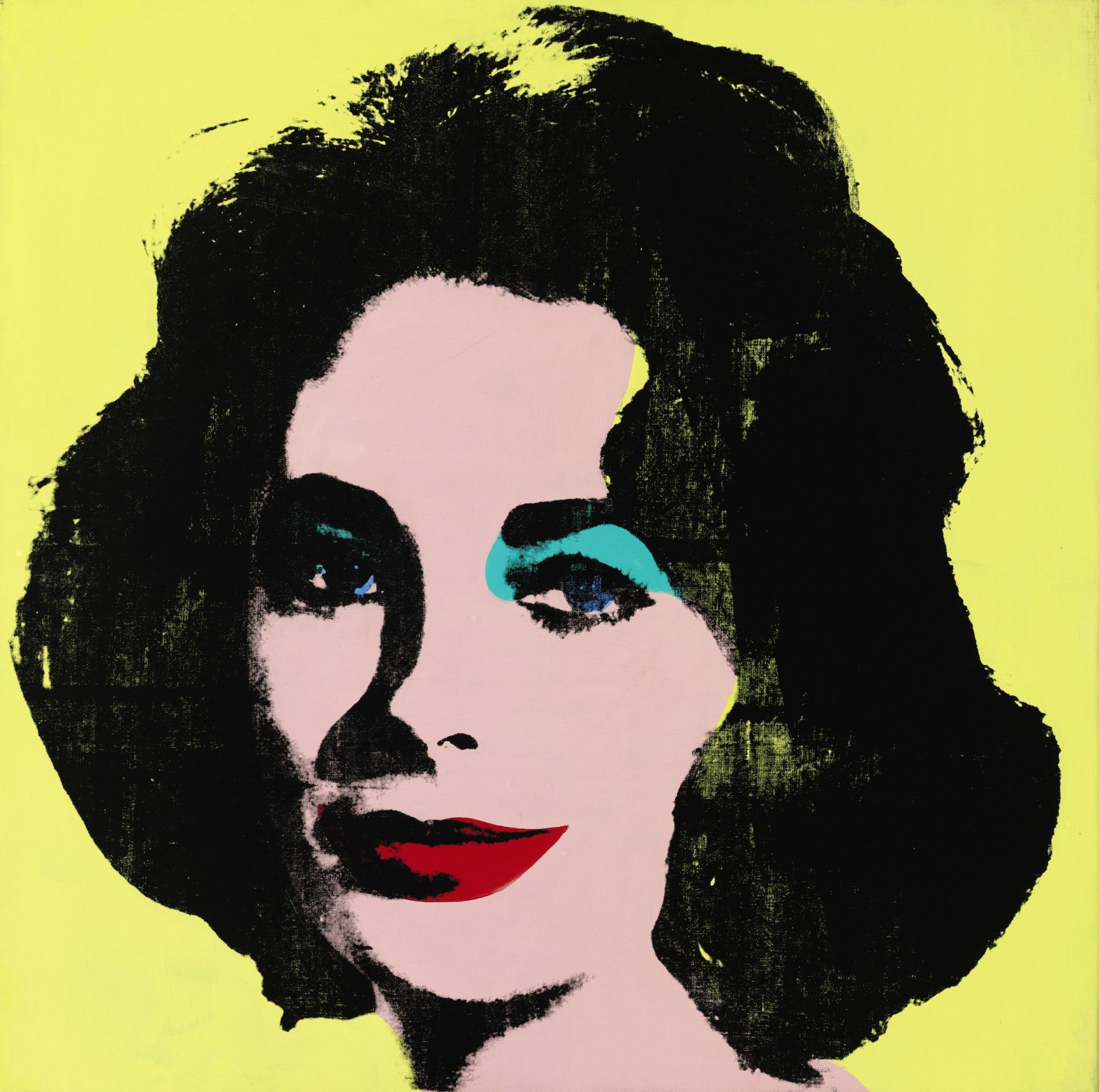 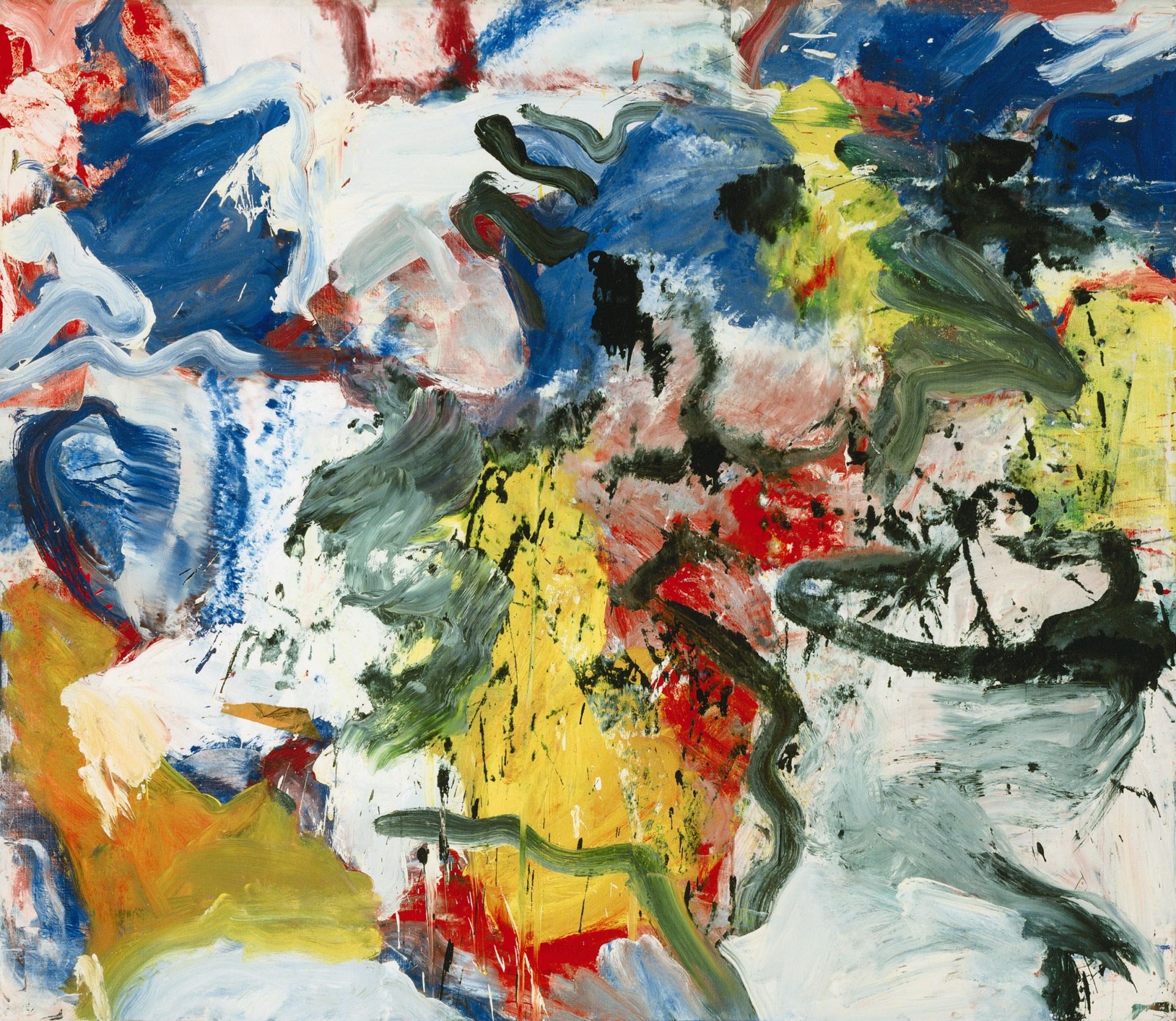 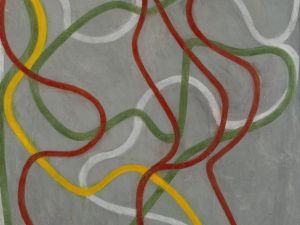 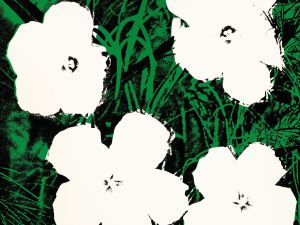 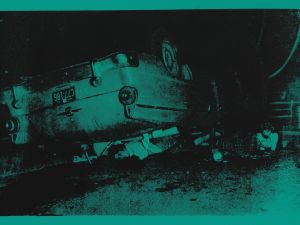 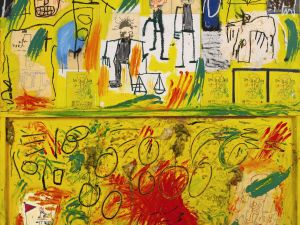 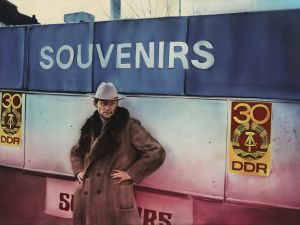 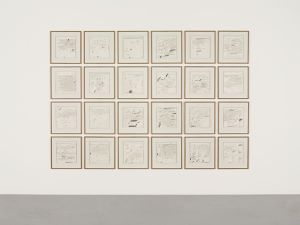 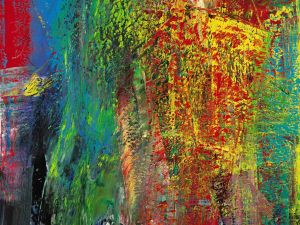 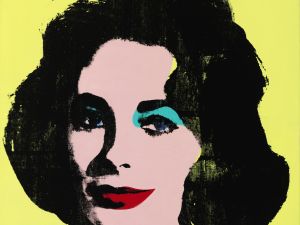 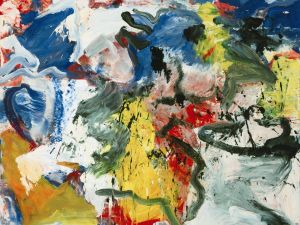 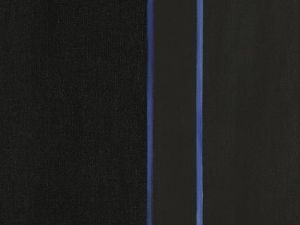 If only in comparison to last night’s $691.6 million contemporary sale at Christie’s, the mood in the room was sleepy, with only 16 lots selling for above their high estimates, 4 lots withdrawn before the auction and 7 of the 61 offered failing to sell. The sale still saw healthy interest on the key lots, and managed to bring in $38.4 million, minus premiums, for the Dia Art Foundation (whose controversial lots were estimated to sell for between $19.1 million and $25.6 million, without premiums) and new records for Cy Twombly, Agnes Martin, Martin Kippenberger, Brice Marden, the Bruce High Quality Foundation and Mark Bradford.

The Warhol bidding had the air of a public flogging, rather than a frenzied grab, with auctioneer Tobias Meyer counting off $1 million increments, starting at $70 million, over a period of five minutes. The winning number went back and forth between two Sotheby’s specialists representing phone bidders until they reached its hammer price of $94 million. In 2009 The Economist reported that Philippe Segalot purchased Eight Elvises (1963) by the artist for $100 million, so this sum was not a shocker, though the room offered applause.

The painting looked nice at the front of the room, which had been painted a royal blue since last week, leading one journalist in the press area to speculate that this might have been the reason for it. (“The salesroom has been painted blue for the contemporary sales for at least the last few seasons,” Sotheby’s spokesman Darrell Rocha wrote in an email after the sale. “It was painted light grey for IMPS last week, and has been painted for them before as well. I’m afraid it’s nothing new for us, I’m sorry!” For what it’s worth, I don’t recall it ever being that color before.)

Though if the Warhol contrasted nicely with the walls it was an otherwise a copacetic evening. The third most expensive lot of the evening, Jean-Michel Basquiat’s two-panel work Untitled (Yellow Tar and Feathers) (1982) sold to Larry Gagosian for $25.9 million after a last minute bid following a slow bidding session between Jose Mugrabi and Peter Brant—all three of whom are known to do a fair amount of business together in the artist’s market, and the competition did not seem high-stakes in the room either. Marc Glimcher of Pace Gallery jumped at the bidding on a Dia work by John Chamberlain, Malaprop (1969), with a little “toodle-oo” finger wave over the head of the person sitting in front of him, and won the lot for $845,000.

More lively was the record setting Cy Twombly, a 24-panel work called Poems to the Sea (1959), which saw bidding from six would be-buyers, among them Mr. Gagosian, Robert Mnuchin and Mr. Segalot. The lot eventually went to a phone bidder for $21.7 million.

If Dia did well another selling entity did not: according to The New York Times, Steven A. Cohen was the seller of A.B. Courbet (1986) by Gerhard Richter and Andy Warhol’s Liz #1 (Early Colored Liz) (1963) and 5 Deaths on Turquoise (1963), all of which sold for around their low estimates, $26.9 million, $20.3 million and $7.3 million, respectively (and these sums attained with the help of third-party guarantees in each case).

The night put the previous night’s headline-making auction in perspective. Given Christie’s outsized share of the big ticket contemporary items this season, one dealer remarked upon leaving the auction, “I wouldn’t be surprised if they gave away almost all of their upside, to get those pieces.”

“It’s always negotiation, it’s deals,” said another dealer, Emmanuel Di Donna, who used to work at Sotheby’s. “[Christie’s] got the formula right for this one. Maybe next time it will be [Sotheby’s].”

“The market is alive and happy,” Mr. Meyer said at the press conference after the sale, as a phone began to ring, “and my phone is ringing.” The press chuckled at this. “Probably from a happy consignor.” He took the phone out of his pocket. “Yes. And I will tell him I will call him in a second.” He answered the phone. “May I call you back? Yes, I know. Thank you too. Okay bye.”

Later as Sotheby’s Senior Vice President of Contemporary Art Alexander Rotter discussed the results of auction, Mr. Meyer took another call as he stood behind him.