WEST ORANGE – In search of a six-year term, U.S. Sen. Cory Booker (D-NJ) revved up his 2014 campaign messaging today in a speech to the Essex County Democratic Committee.

Booker received enthusiastic applause here in the cafeteria of a local high school in his home county, where he beat GOP challenger Steve Lonegan 92,000 to 25,000 votes.

“The threats are at the door… to childcare to Medicare to voting rights to civil rights,” said Booker, identfying Tea Party extremism as the culprit after a couple of weeks in Washington, D.C.

It is not yet clear who will run against Booker next year. 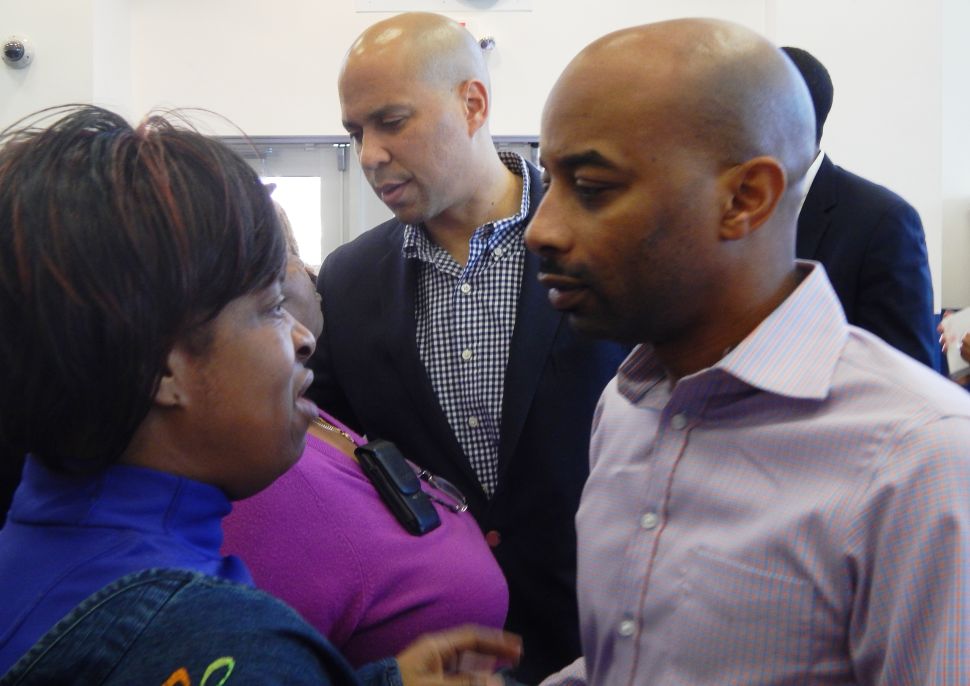