Assembly Minority Leader Jon Bramnick (R-21) this week continues to reach out to party people, offering his speaking services to fellow Republicans as the GOP looks ahead to the post Gov. Chris Christie era.

Bramnick said he’s already a little tired of the narrative concerning Senate President Steve Sweeney (D-3) and Jersey City Mayor Steve Fulop and wants to reverse course on the inevitability of either one of these men’s ascent to executive power.

“The Democrats and certain reporters are already anointing Sweeney or Fulop as the next Governor,” Bramnick wrote today in an op-ed for PolitickerNJ.com. “Be very careful writing off the party that brought historic changes to New Jersey. Voters in New Jersey may remember the failures pre Christie.

“Recent history reflects that New Jersey was on the path to bankruptcy. Voters believed we were heading in the wrong direction. The solution was strong leadership at the top and a unified Republican caucus that held the line against government as usual in Trenton.”

Bramnick plans to hit as many dinners and party committee functions as he can in the coming weeks and months, providing his own cautionary tale about a return to Democratic Party rule.

“Walking Down Memory Lane” will look at the lead-up to Christie’s win over incumbent Democratic Gov. Jon Corzine and contain Bramnick’s argument to party members that they must not back track.

The minority leader is a possible future candidate for the U.S. Senate.

He and state Senate Minority Leader Tom Kean, Jr. (R-21) did not pick up any GOP seats in the legislature despite Christie’s resounding win over his Democratic opponent. 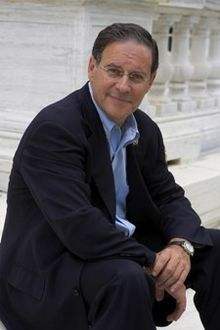