But Democrats, furious with the process, aren’t giving up.

“I’m in a good position to win this,” Mazzeo said.

At the end of the night, two Democratic board members and two Republican board members were split on the condition of 118 provisional ballots.

“I am confident a judge will allow those 118 provisional ballots to be counted and that will put us up by 70 votes,” said Schroeder, coming to the same conclusion as his Assembly candidate.

Davis had another take on the situation.

“Congratulations, Assemblyman John Amodeo,” said the Republican county leader. “If the votes are not lawful they should not be counted. If Jim Schroeder thinks that’s disenfranchisement, I think he should look up the definition.”

Although Amodeo unofficially beat Mazzeo, the chairman of the county Democratic Party says the result is too close to avoid a recount and more scrutiny.

“Republican Board of Elections members challenged a lot of ballots out of minority districts,” said an adamant Schroeder.

Like Republican backers of Republican Joe Scarpa in LD38, Democratic allies of Mazzeo’s in Atlantic County will pursue legal action – and in this case with bitterness.

“We are headed to court on Friday,” the Dems chairman added. “This is an outrage. They’re targeting minority voters.”

Republicans tonight crossed out 56 of 81 provisional ballots from Democratic-heavy Pleasantville and yesterday X’d 32 in Atlantic City, among others.

“They’re trying to disenfranchise voters,” Schroeder said. “There’s going to be a recount. We may not know who the assemblyman is for another month.” 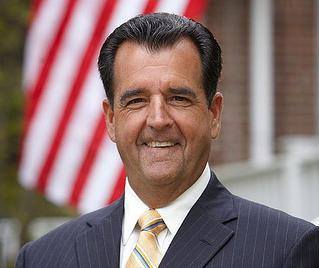