“You know it’s time to double down,” said Buono before more than 200 people gathered at Bergen County Democratic Chairman Lou Stellato’s get-out-the-vote campaign breakfast in Lyndhurst. “This is a governor who wants us to think this election is over, and it has barely begun.

“[Christie] won with less than half of the vote, and he had lower name recognition, and he had less money,” Buono added. “Democrats lost that election in 2009 by staying home. This is not Chris Christie’s New Jersey. Let’s take it back.” Today’s polls indicate that Christie will still be in possession of New Jersey after Tuesday’s election: the Monmouth University poll shows a 20-point margin separating the GOP governor and his Democratic challenger, while the Rutgers-Eagleton poll of the governor’s race shows Christie with an even more commanding 36-point lead over Buono.

Yet after the Bergen breakfast rally, Buono referenced Christie’s heated verbal exchange with a South Jersey public school teacher as a reason to still believe in her ultimate victory, despite the ominous poll numbers.

“[Gov. Christie] showed his true self,” Buono said. “The fact of the matter is that he doesn’t like being challenged on his policies. As soon as somebody calls him out on his behavior and his policies, all of a sudden that person is the angry one. This governor has a limitless supply of hypocrisy.” 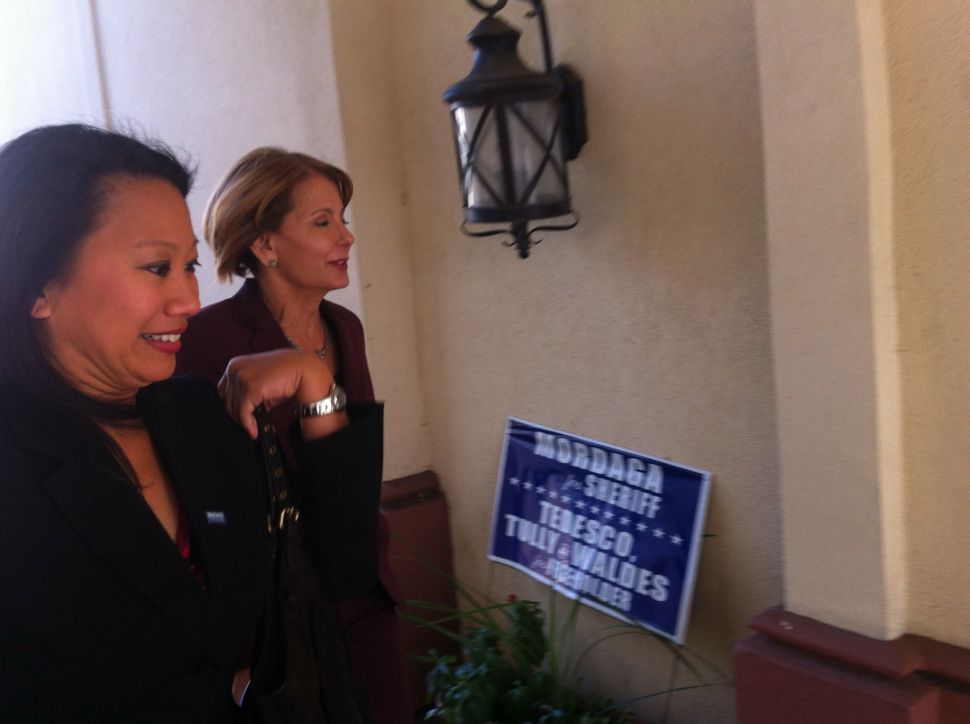