UNION – The state’s Democratic gubernatorial nominee’s campaign may be lagging in the polls, but in Legislative District 20, Democrats are vowing to take Sen. Barbara Buono across the finish line.

Buono joined LD 20 candidates and other local officials in Union Monday night on the eve of the Tuesday election. The Democratic hopeful is trailing by double digits in the polls, but Union Democrats promised to deliver serious get out the vote efforts Tuesday to support Buono and others on the ticket.

“I will tell you Barbara, we are working as hard in this election as I did in my primary,” said Sen. Ray Lesniak (D-20), who is running unopposed in the general election but fought off a Democratic challenger in the primary election.

“We knocked out those Christie Democrats in Elizabeth then, and we’re going to knock them out tomorrow,” said Lesniak, who sparred with Buono earlier in the campaign season when Democrats pushed back against her decision to tap Assemblyman Jason O’Donnell as state party chairman.

“People vote, not the polls,” said Assemblywoman Annette Quijano, adding, “The polls can say whatever, [but] we decide in the next few hours.”

The gathering inside a Union VFW was enthusiastic and packed while local and state candidates took to the microphone to drum up support for local races, but also for Buono’s gubernatorial bid.

When it was her turn to speak, the energy didn’t leave the room. In fact, it got even louder as Buono tore into the state’s incumbent governor for reportedly failing to make it past the vetting process for vice president by Republican presidential nominee Mitt Romney.

Buono was referring to reports in a newly released book “Double Down,” which claims Romney’s aides found too many “landmines” in Christie’s past when he was being vetted as a possible vice president candidate.

“This governor has left us all behind and I think on Nov. 5 we ought to return the favor,” she said.

It was inside the Union VFW hall where Assemblyman Joe Cryan (D-20) told PolitickerNJ that a unified party would have benefited Buono.

“A unified party would have certainly put us in a stronger position,” Cryan said, emphasizing Buono’s positive performance in the two gubernatorial debates as proof she has what it takes to pose a serious challenge to Christie. 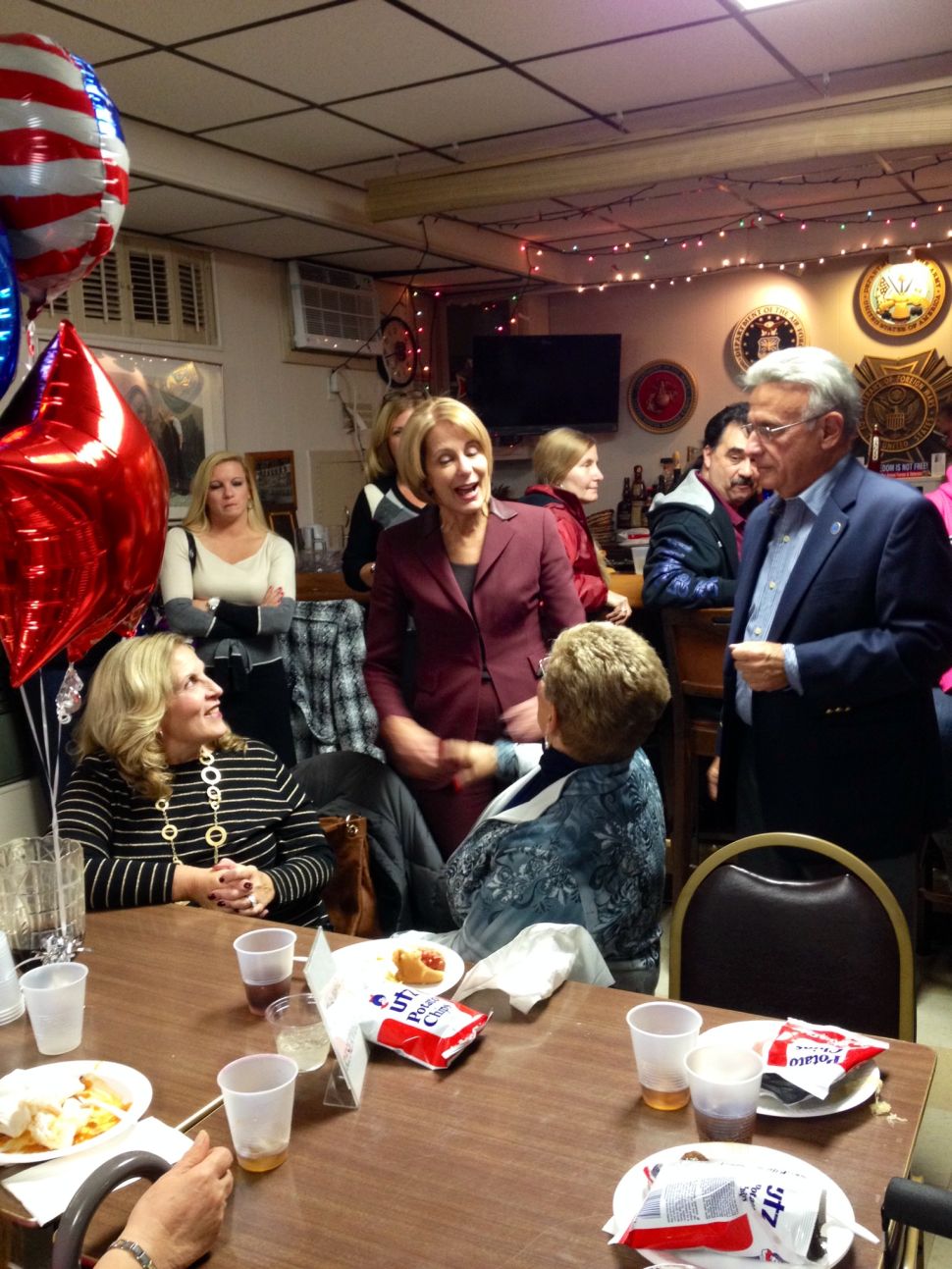