METUCHEN – State Sen. Barbara Buono voted this morning at the Mildred B. Moss School around the corner from her home.

The Democratic nominee for governor arrived with her husband in a white SUV and cast her vote in the school gym.

Outside she spoke with the media.

“I’m very excited,” said Buono, who’s down by 20 and 30 points in statewide polls in her bid to unseat Republican Gov. Chris Christie.

Buono lacked Christie’s resources and acknowledged the challenges of public financing and the difficulty of penetrating through last month’s special U.S. Senate election. 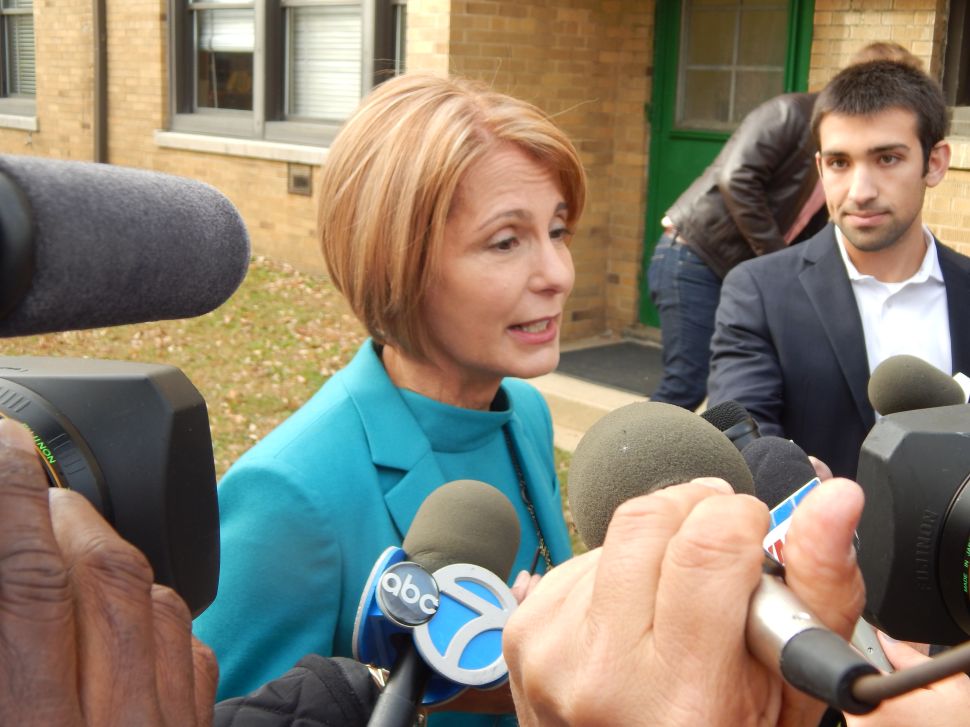