Bill de Blasio might need to say a few “Hail Marys” after his new transition team offended a Catholic group just a day after its announcement.

Bill Donohue, president of the Catholic League for Religious and Civil Rights, blasted the mayor-elect this afternoon for not including any priests in his 60-member transition team, which was rolled out yesterday afternoon.

“Mayor-elect Bill de Blasio announced the appointment of 60 New York leaders to his transition committee. He instructed them to ‘identify women and men from every part of our city and walk of life’ that wants a better New York. He lied,” said Mr. Donohue in the statement, titled “de Blasio Shuts Out Priests.”

Mr. Donohue went on to note that ministers, rabbis and imams were all included in the lineup–but not priests.

“Catholics make up 52.5 percent of New York, yet they have no clergy representation. This is not an oversight: every attempt was made to include persons from virtually every sector of New York,” he charged.

“This was clearly done by design,” he added. “Looks like de Blasio’s politics of inclusion has its limits.”

“That exhibit featured a portrait of Our Blessed Mother with elephant dung and pornographic cut outs on it. I led a demonstration against it,” Mr. Donohue fumed.

Another target on Mr. Donohue’s list: Darren Walker, the president of the Ford Foundation, whom he charged was “the most generous donor to the most anti-Catholic and pro-abortion organization in the nation, Catholics for Choice.”

“De Blasio hasn’t even begun, yet he has managed to insult a majority of New Yorkers,” Mr. Donohue added.

Mr. de Blasio, whose transition team did not immediately return a request for comment, was raised by a Catholic family, but is not affiliated with a specific church. He recently described his religions views as “very spiritual” and often cites the influence of liberation theology in shaping his approach. 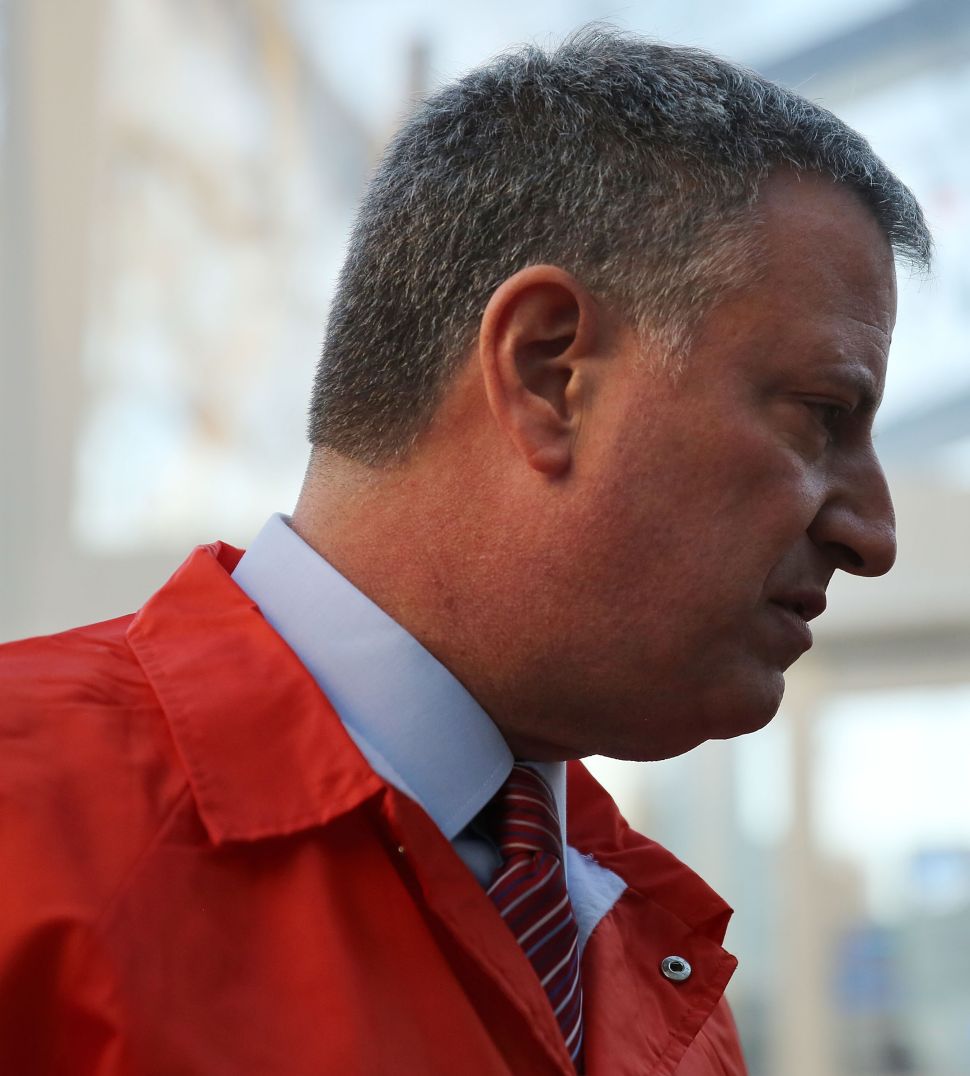