Christie has his shifted focus in the last few days to several legislative races where  the state Republicans believe they have a chance to pick up seats, including in Bergen-based Legislative District 38. With the GOP’s L.D. 38 candidate, Oradell attorney Fernando Alonso, looking on, the governor laced into Democratic incumbent state Sen. Bob Gordon.

“The people I have met throughout this campaign know my record of standing up for them and working with my colleagues on both sides of the aisle to do the right thing, like capping property taxes, cutting business taxes and supporting tenure reform,” Gordon responded in an email. “And I look forward to continuing to represent the middle-class values we share.”

“The state is doing much better now than it was four years ago,” Giuliani said. “I think [Christie] is going to have a big win. This man has unlimited possibilities.”

Giuliani went on to tell PolitickerNJ.com that “of course he can win if he runs” if Christie chooses to run for U.S. President in 2016.

But regardless of Christie’s potential presidential ambitions, he kept his focus fully on the 2013 gubernatorial race when spoke to the Hackensack crowd.

“We’re driving home for the biggest margin we can get,” Christie said. “We want to take advantage of this once-in-a-generation opportunity to turn this blue state red.” 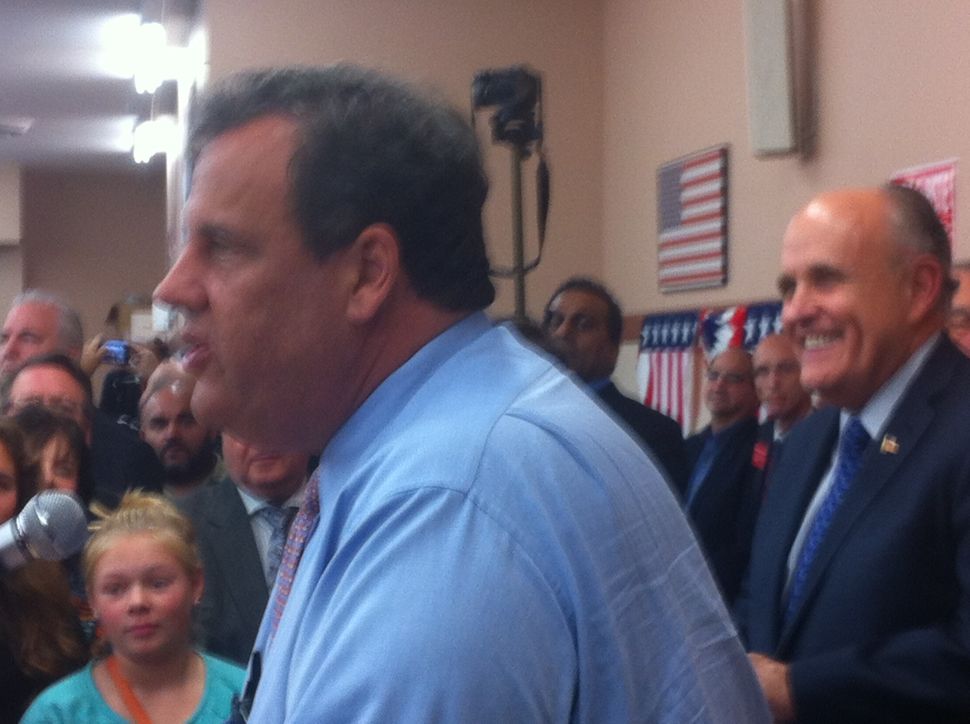