UNION CITY – Gov. Chris Christie strode in strong to the Jose Marti Freshman Academy on Wednesday and explained how he took the Democrats to school in yesterday’s gubernatorial election.

For Christie, coming off a smashing 60 to 38 percent win over challenger Barbara Buono, the prime political lesson is simple.

“It’s all about personal relationships. I mean relationships first and foremost with the voters, and second with the people that you work with every day in your own circle, so you have a unified front to move forward,” Christie said to PolitickerNJ.com when asked whether the unique dynamics of New Jersey’s politics, including Christie’s close relationships with Essex, Hudson and South Jersey Democrats, could be repeated on the national stage.

“Third, you need to have a relationship with the people in the legislative branch so that you can sit down and make agreements. If they, you know, because they know you, that you’ll keep to your agreements, that means they’ll keep to theirs.”

With 200 students seated behind him in the school gym, and the state, national and international media deployed before him, Christie spoke directly about his victory.

“The people of New Jersey rewarded me last night for the personal relationship that we have, with a broad spectrum of people voting for me last night that hadn’t voted for a Republican in a long time, and didn’t vote for me four years ago,” Christie said. “Sometimes, I think people make politics too complicated. It’s not that complex.”

The governor was proud to stand in the heavily Latino town where he appeared on the eve of the election. Today, Christie showed off his vote totals from yesterday’s election that he said gave him more than 50% of the state’s Latino vote. 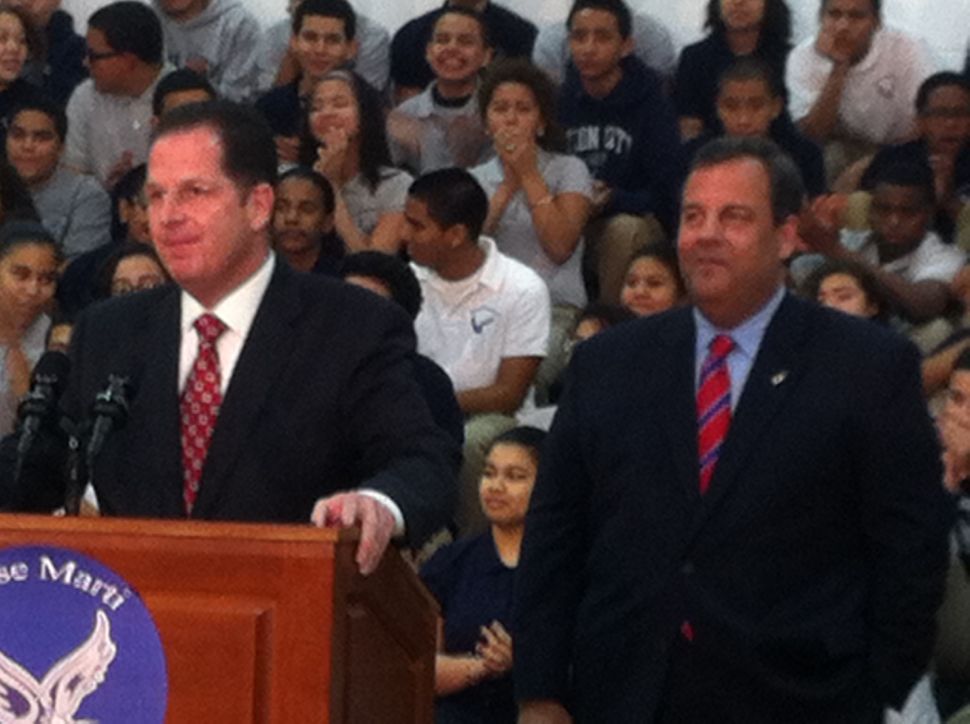