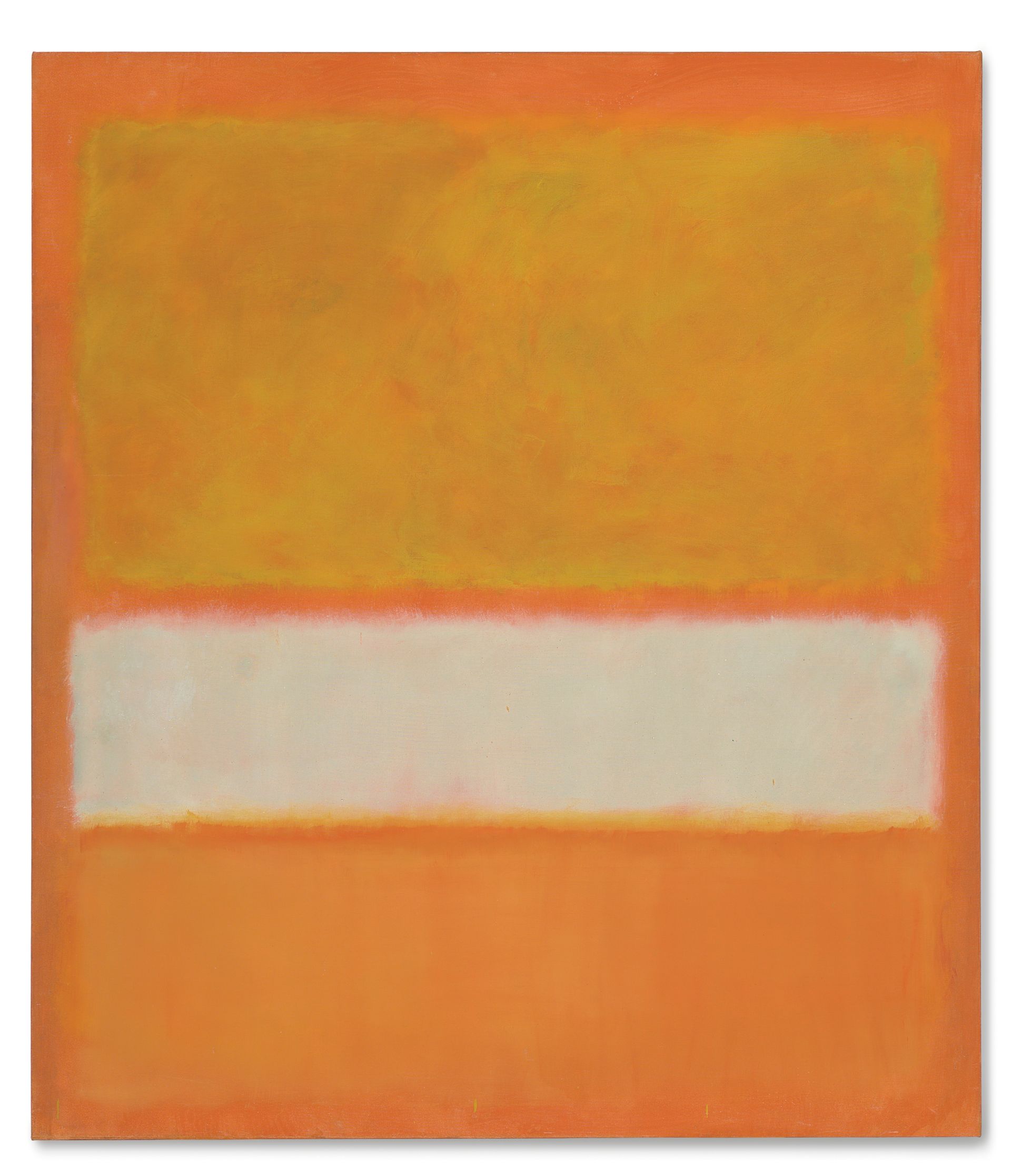 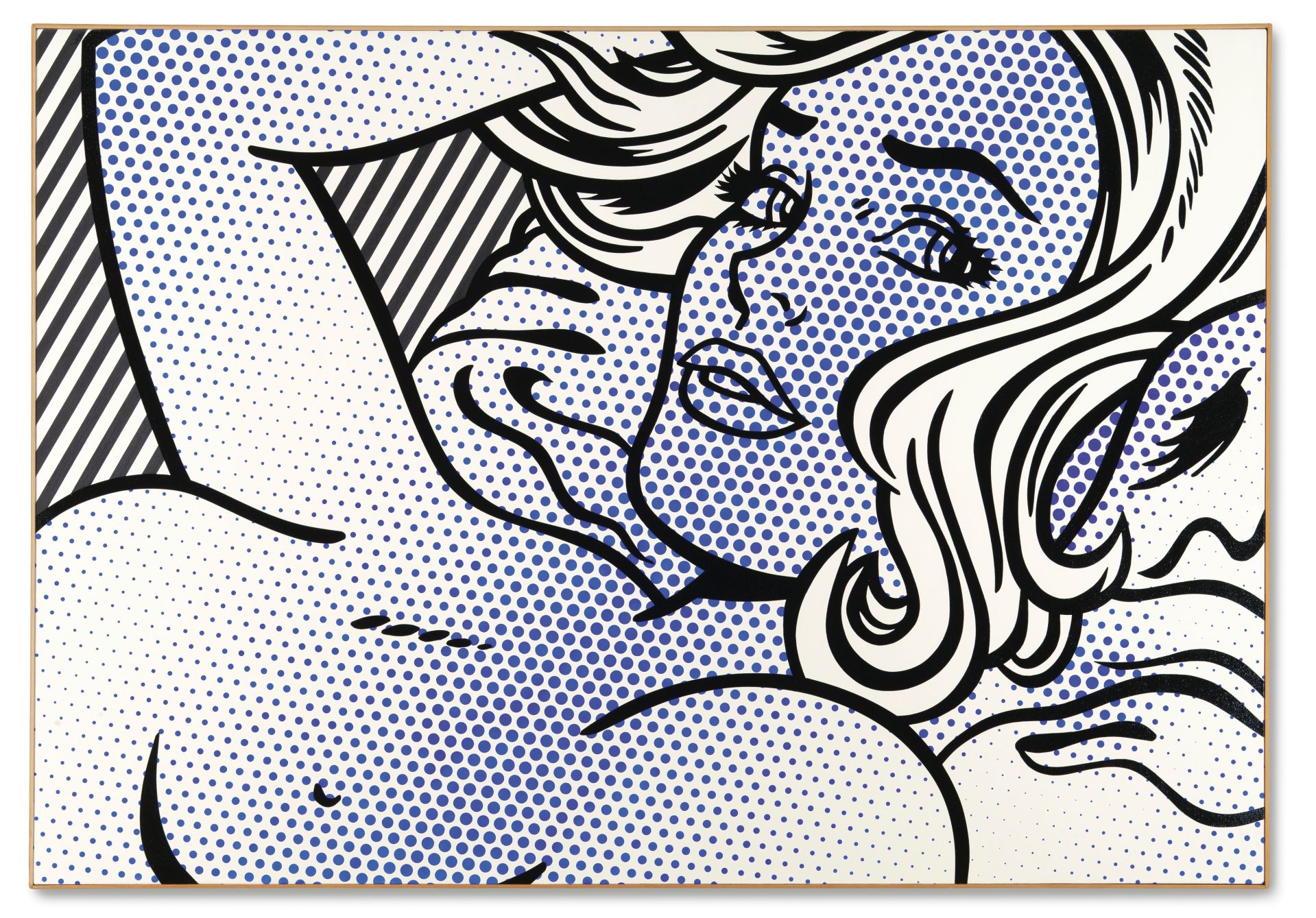 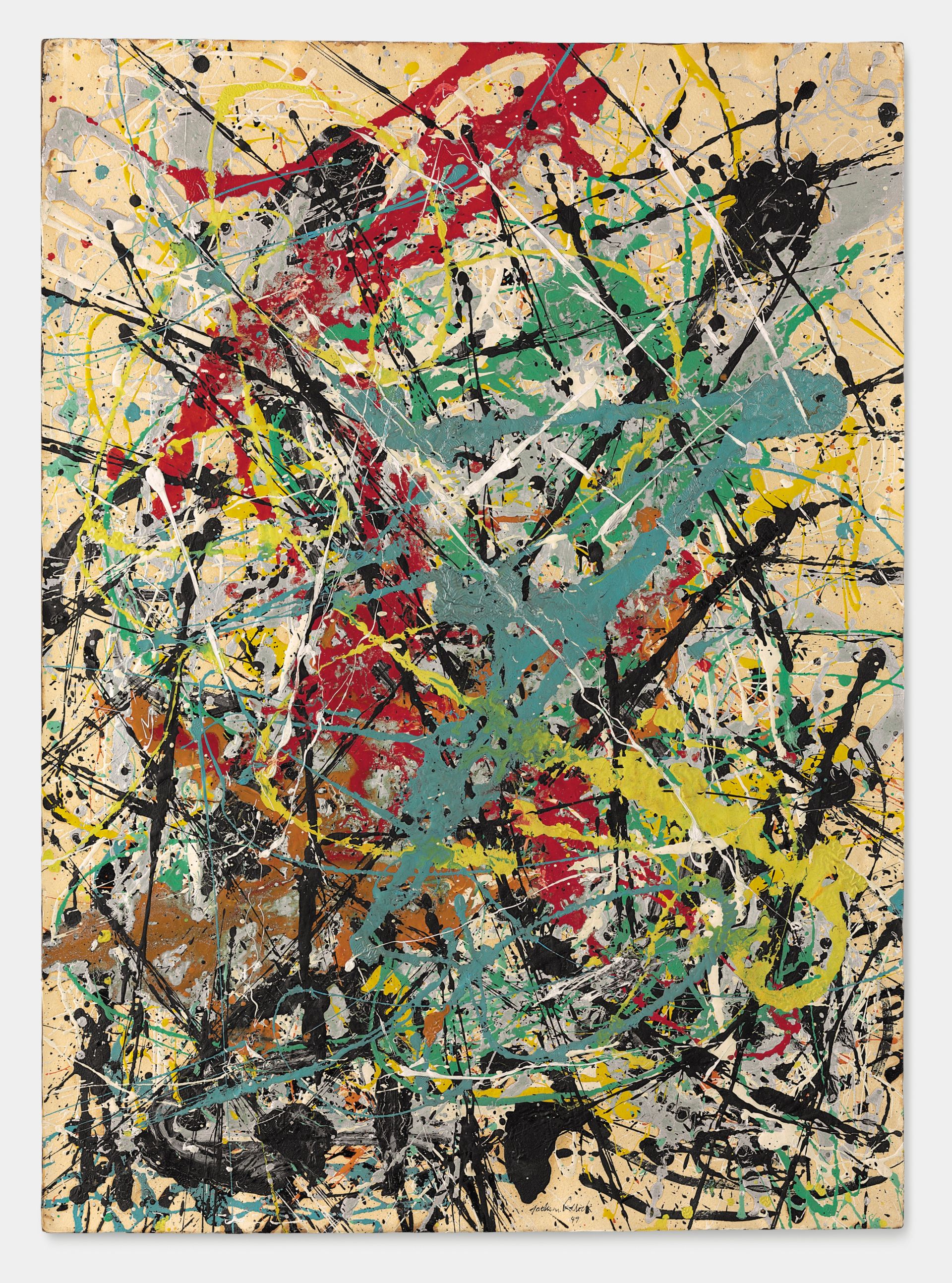 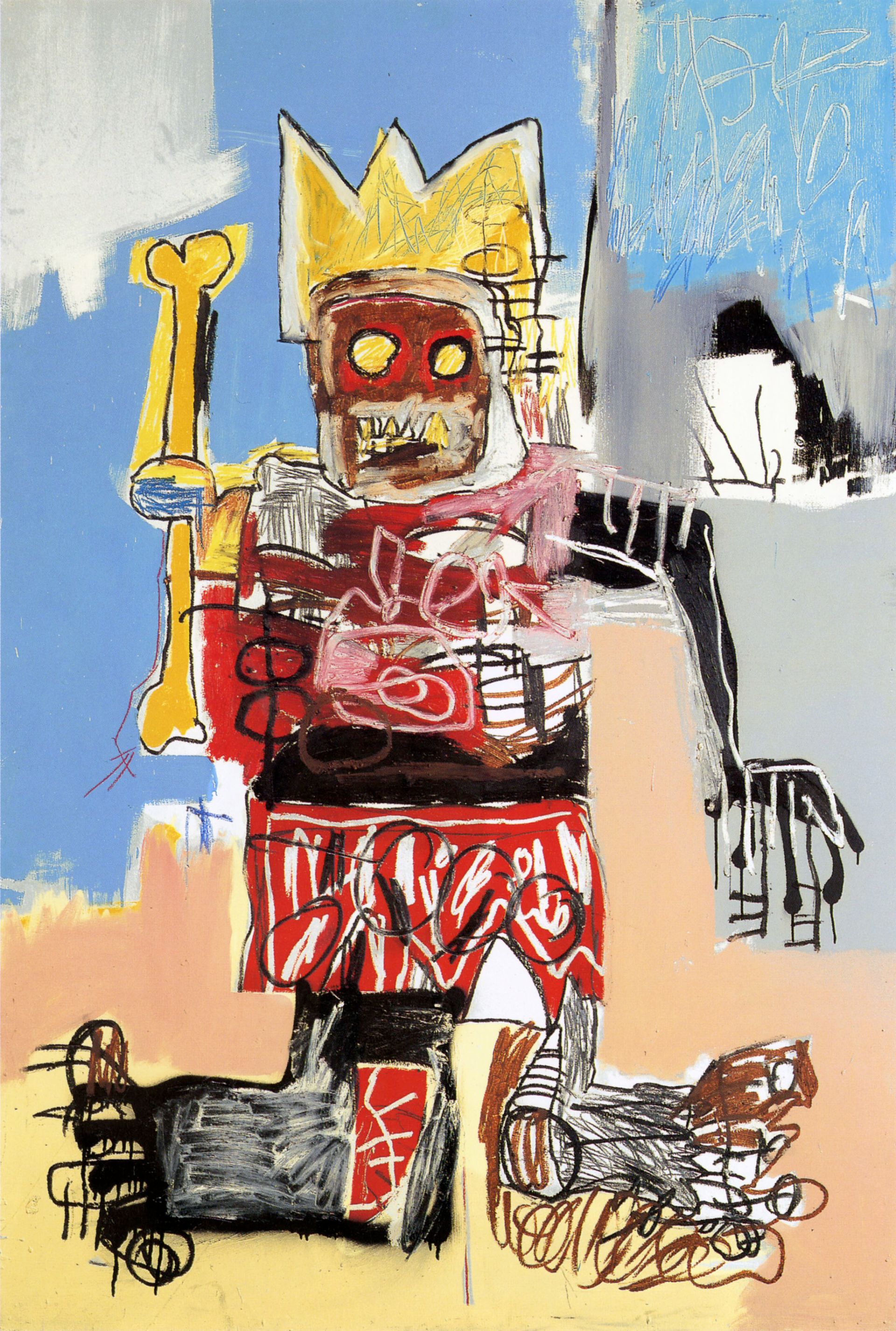 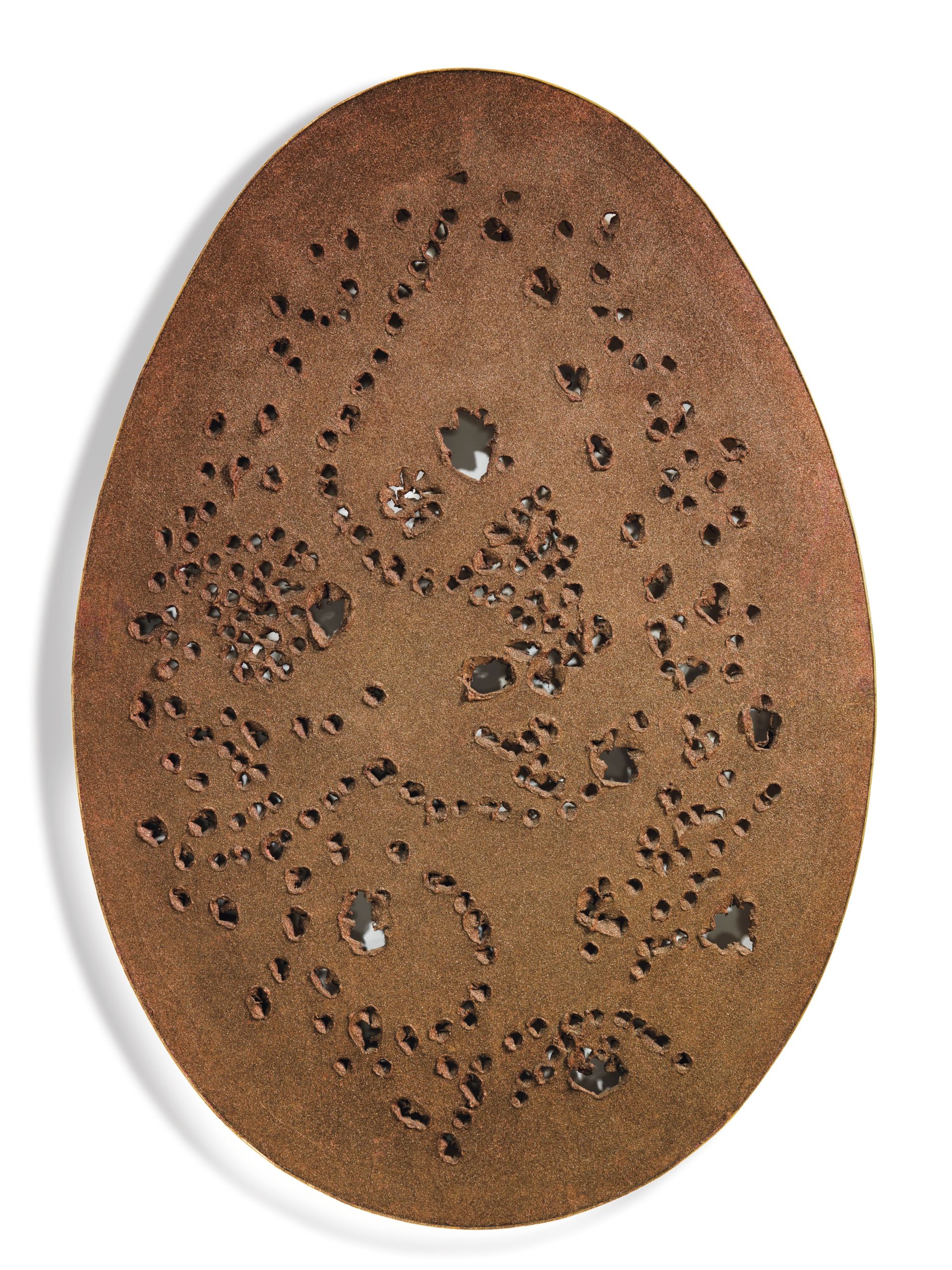 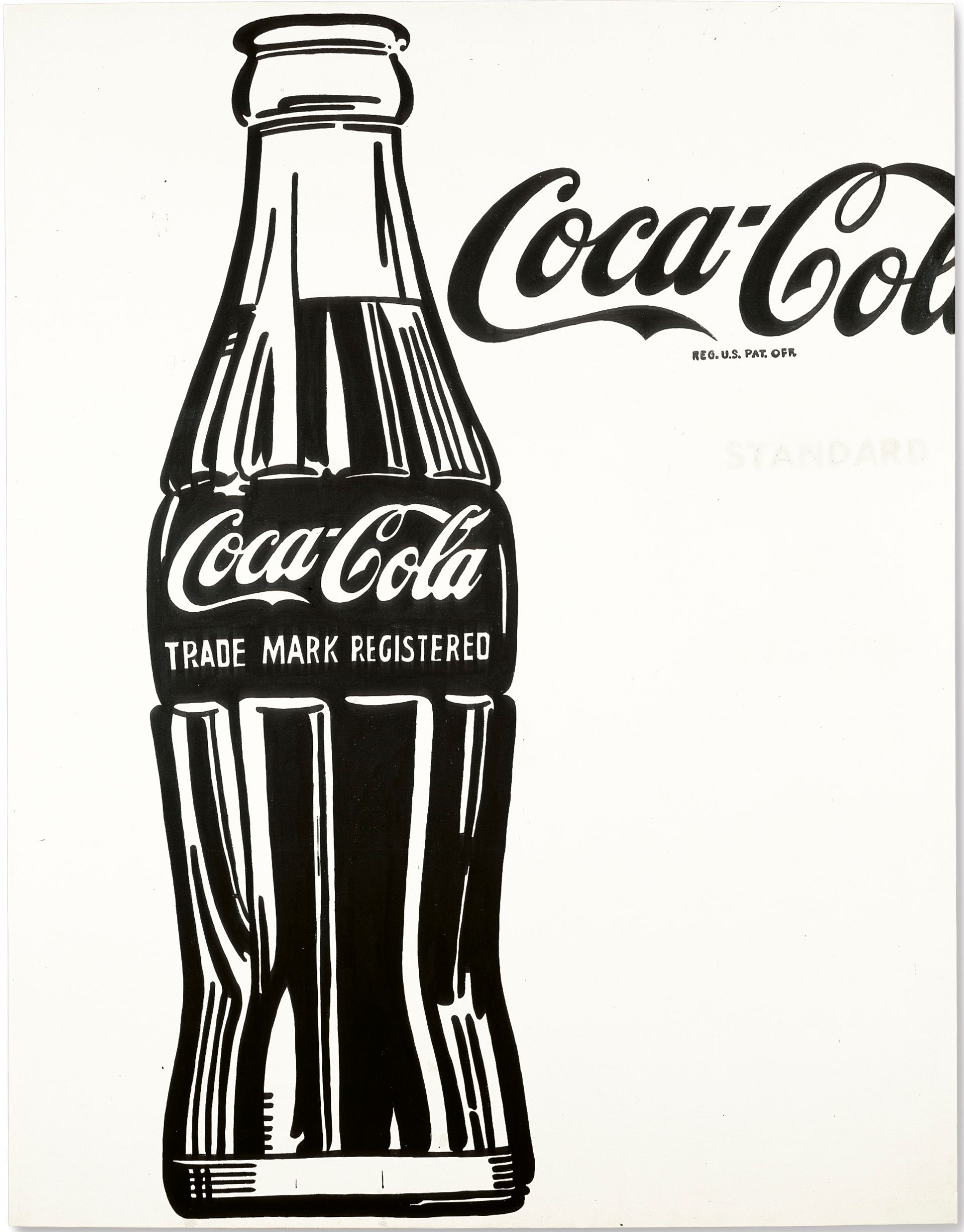 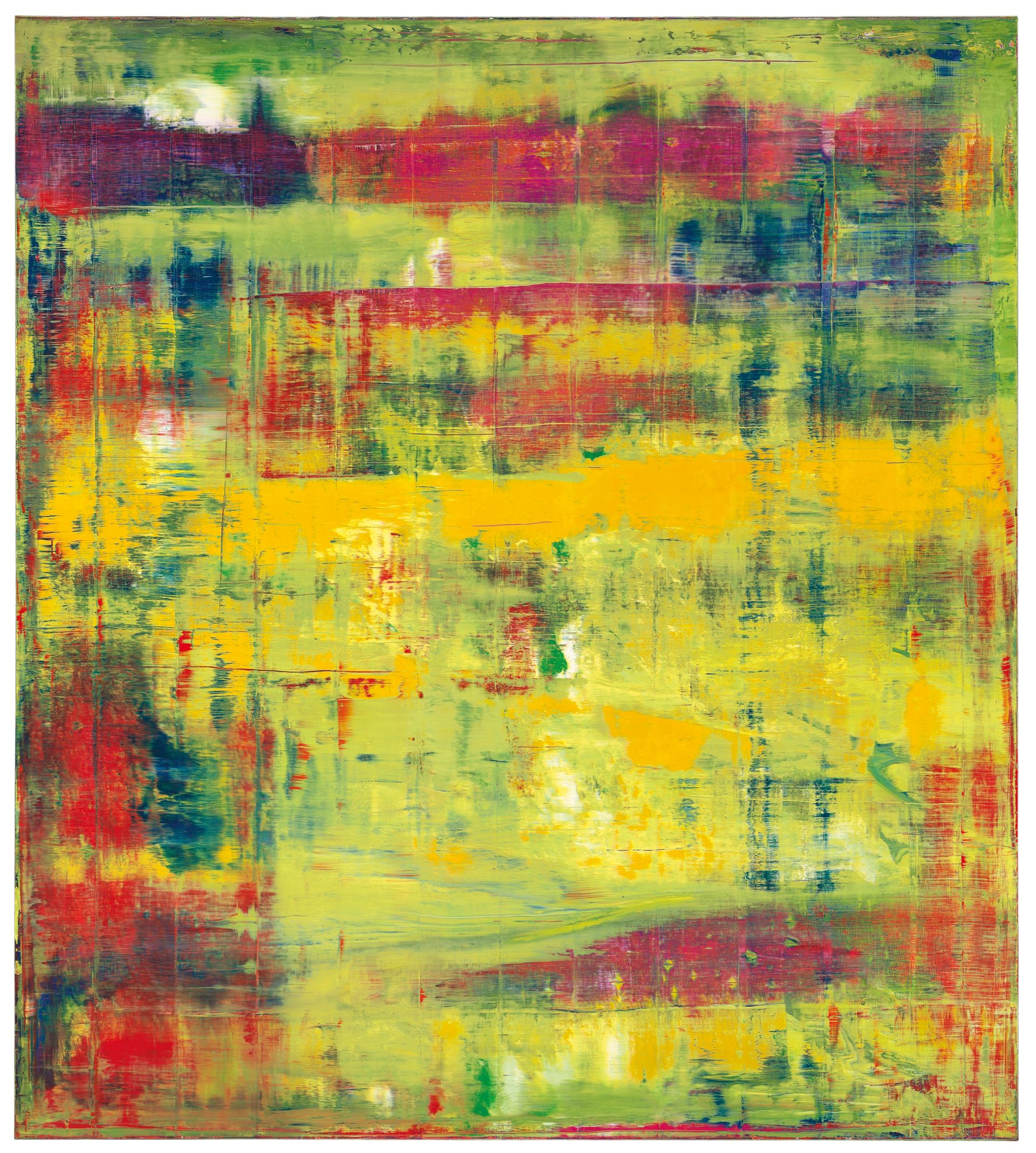 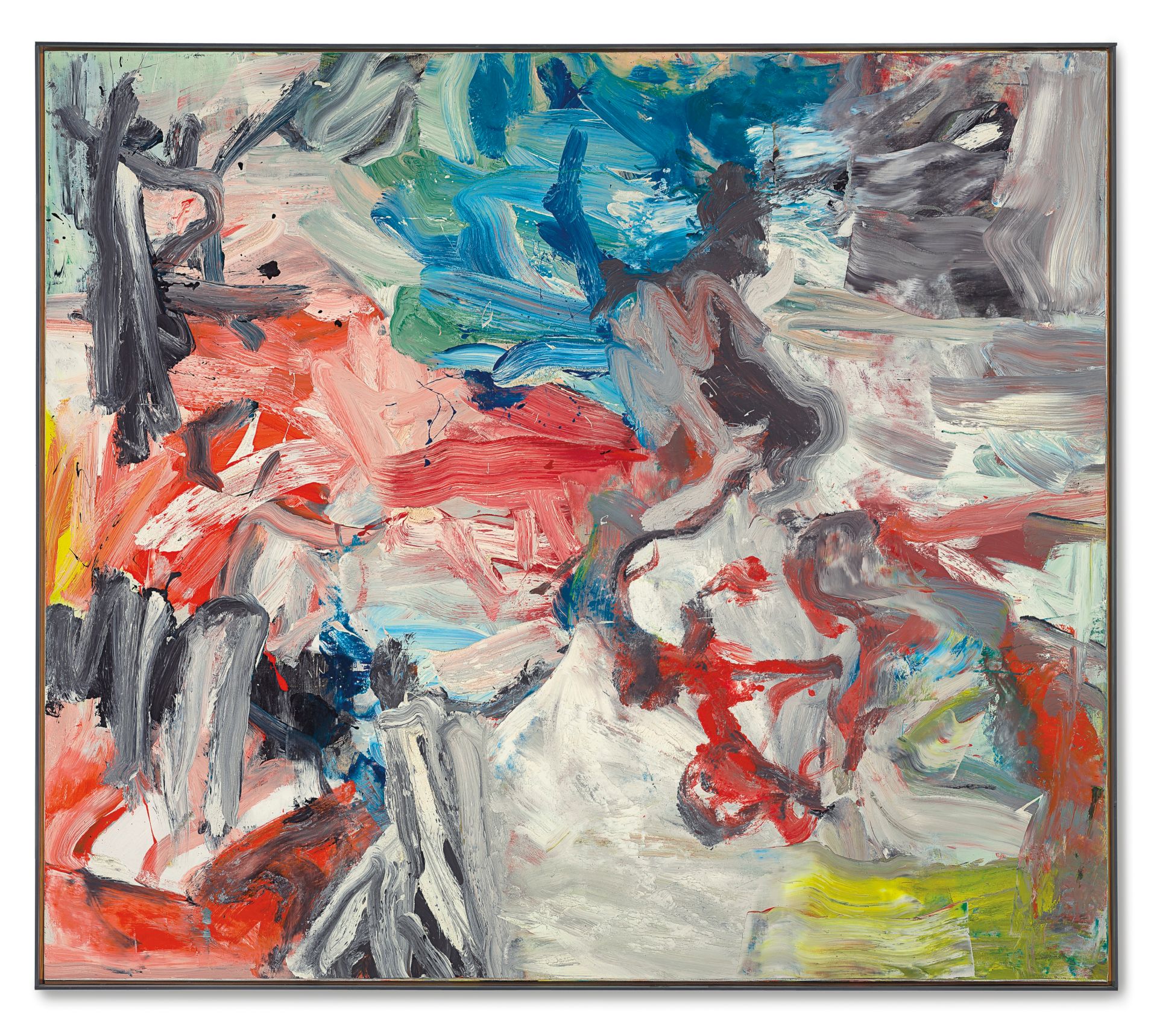 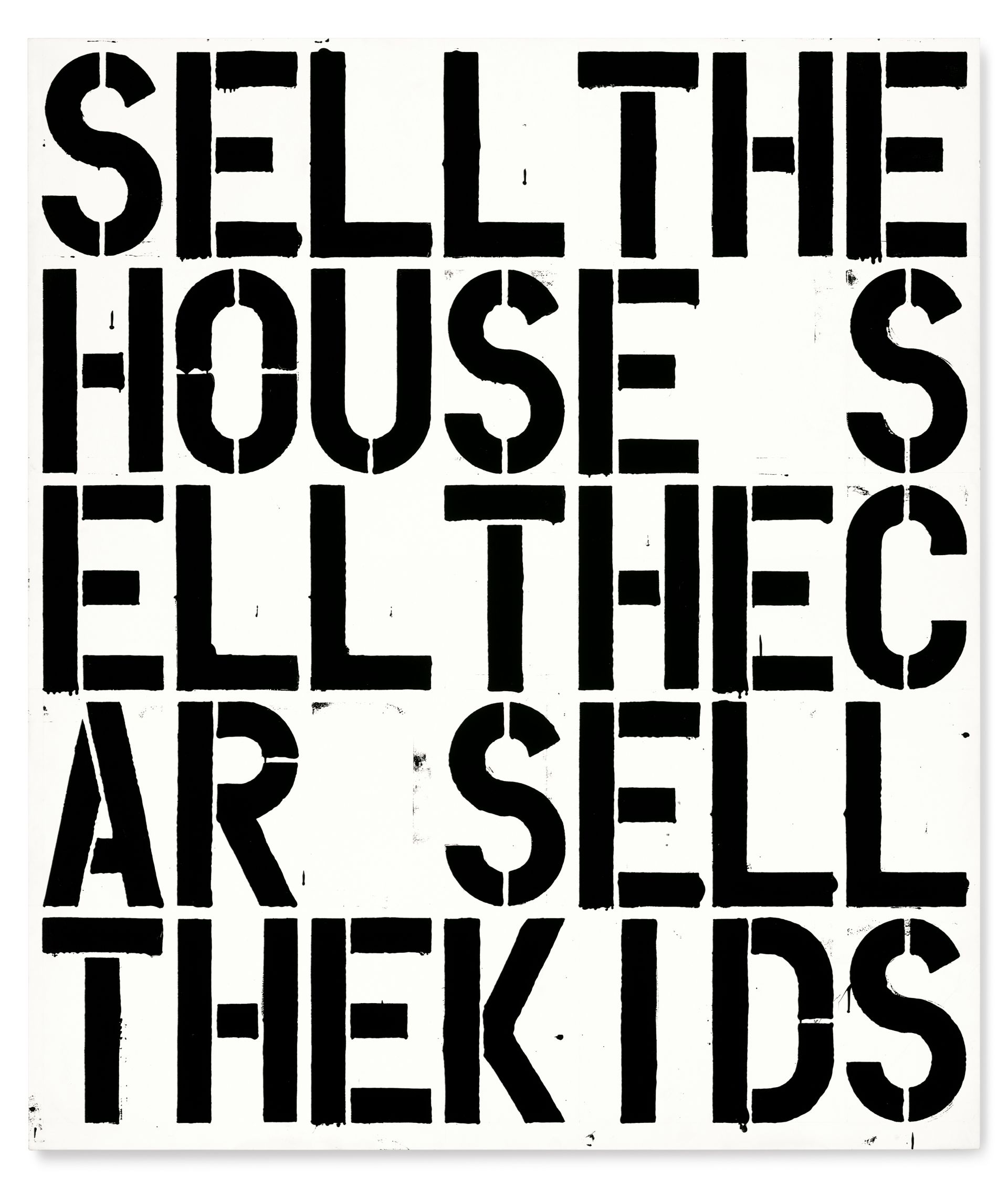 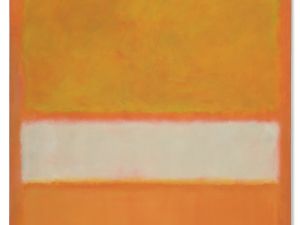 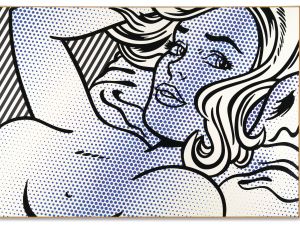 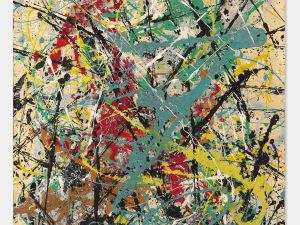 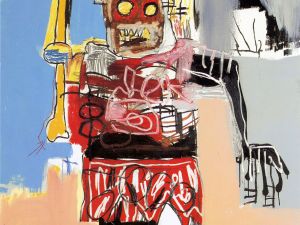 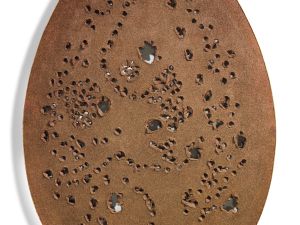 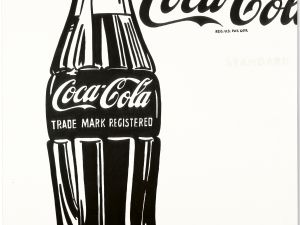 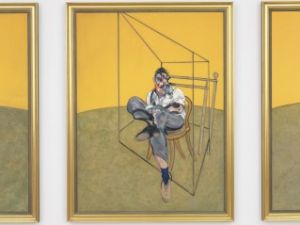 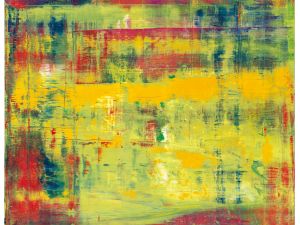 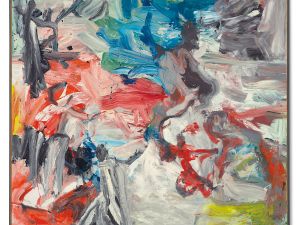 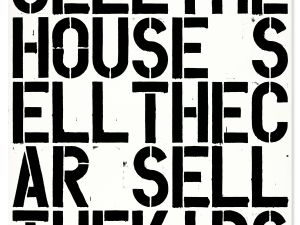 The Bacon sold as the ninth lot, after six minutes, to a specialist in the room who spoke with the Acquavellas  by telephone. This came after a bold introduction by auctioneer Jussi Pylkkänen, who, if he was aware of any sort of possible zero-percent-interest-rates motivated bubble, treated the auction as an amusing game of “who can put together the most cash to buy things at outrageous prices.”

“Where should we open this?” the English-accented Mr. Pylkkänen mused from the rostrum at the start of the Bacon lot. The estimates for the piece had not been officially disclosed before the sale and he seemed to relish in disclosing the ultimate low estimate: “Eight-ty million dollars. Eighty million dollars.” Hong Gyu Shin, the young director of the fairly unknown New York-based Shin Gallery, bid the painting up to $100 million from a corner of the room, battling with standing orders for bids in Mr. Pylkkänen book. “I’m out at $100 million,” Mr. Pylkkänen said.

Soon Mr. Shin was at $124 million, thanks to the phone bidders.

“I really loved it,” Mr. Shin said of the painting, which was nowhere near as iconic as the previous record holder, Edvard Munch’s The Scream (a version of which sold for $119.9 million at Sotheby’s New York in May 2012), as he left the sale. One could only guess at the source of his funds, but he said he had hoped to buy it for his personal collection and was drawn to the “composition,” the “thumbprints” in the work, the “yellowish color,” the “green foreground” and the “brushstrokes” (each element, possibly, valued at around $25 million).

As with the Bacon, and 14 other big-ticket lots last night, the Koons record setter was guaranteed by a third party who had already agreed to purchase it, and who, as Mr. Pylkkänen described with ebullient if dubious candor in his pre-sale spiel, “may receive a financial fee from Christie’s depending on whether or not they are successful bidders,” so the exact price paid for each work is difficult to determine. (In one third-party-guaranteed lot that sold for mid-estimate at $10.8 million, Jean-Michel Basquiat’s Blue Heads from 1983, Mr. Pylkkänen could be seen mouthing a figure to Jose Mugrabi, whose family is known to have an impressive stash of work by the artist—perhaps “18?”)

“We should start to say numbers, shouldn’t we?” Mr. Pylkkänen said at the start of the lot for Balloon Dog, which was sold by Peter Brant. “Makes perfect sense. Should we say $35 million?”

David Zwirner, who has been doing more and more business with Mr. Koons—he staged a Koons show at his gallery this past spring and bought a lower-end Koons at last night’s Phillips sale—jumped in at $39 million, speaking for a client on his cellphone and going slowly back and forth with a phone bidder up to its final price. What Mr. Zwirner will ultimately gain from his bidding will never be known, be it that “financial fee” or another show with the artist; you can see how the numbers get murky.

In the press conference after the auction, Christie’s head of postwar and contemporary art Brett Gorvy said he was pleased to see the public interact with the sculpture through “selfies” and “Instagram images” during the brief period in which Balloon Dog was installed at Christie’s before the sale, where it was sold to an “International Trade” group, according to Christie’s press materials.

It did not seem especially hard to sell work last night, only a matter of diverting large amounts of cash. Kelly Crow of The Wall Street Journal called attention on Twitter to a new structure in the sale room for all the “discreet $$ coming in,” a sort of ground-level sky box with “one-way glass [that] looks like a duck blind.”

Just six lots failed to sell, though at least one was significant: Maurizio Cattelan’s Charlie (2003), which had previously sold for $2.9 million at the New York branch of Phillips (then known as Phillips de Pury & Company) in 2010. A later lot by Mr. Cattelan, of two policeman balancing on their heads, also failed to meet expectations, though it did sell for $965,000, this down from the $1.5 million it earned at Christie’s London in 2010. (One might have expected a price increase, given the artist’s Guggenheim retrospective two years ago.)

The dealer Christophe Van de Weghe purchased the record-breaking Apocalypse Now (1988) by Christopher Wool, whose retrospective currently hangs at that museum, for $26.5 million. He also scooped up another top lot, Mark Rothko’s No. 11 (Untitled) (1957) for $46.1 million. Each was for a different “private collector,” he said, adding that he was shocked by the number of bidders on both lots. (“I had eight telephones,” said Mr. Pylkkänen of the Rothko bidding.)

Mr. Van de Weghe was seated next to hedge funder Dan Loeb during the sale, whose Wool, If You (1992–2005), currently hangs at the Guggenheim. Apocalypse Now‘s seller, according to The New York Times, was another hedge funder, David Ganek, formerly of the Guggenheim board.

Dominique Lévy, who recently split with partner Robert Mnuchin to open her own gallery on the Upper East Side, was another high-profile buyer, and purchased Lucio Fontana’s Concetto Spaziale, La Fine di Dio (1963), the record breaker for the artist at $20.9 million and Willem de Kooning’s September Morn (1958) for $14.7 million, and ducked out just at the end of the night’s third-most-expensive lot, Andy Warhol’s Coca-Cola [3] (1962), which sold to a phone bidder for $57.2 million.

At the press conference, Mr. Gorvy, who had written a number of effusive letters advertising the sale, said it was his last-minute decision to move the Bacon to the ninth lot of the evening from its previous place at lot 32, saying that he did so because he “wanted to see,” or show, “how strong this market really was,” and also to give those who might have bought it an opportunity to spend their money on the lots that previously preceded it.

“Bacon was one of the few artists of the 20th century who experienced great success while he was alive. It’s not a regular problem we have now, but back then he was making work when many artists of his quality didn’t come to success until later in their careers,” he said. This was the case with Freud, who at the time the work was made “was a relatively unknown artist but then through the last 40 and 50 years has become as important as Bacon,” largely thanks to aggressive buying and selling by Acquavella Galleries (though Mr. Outred didn’t mention this).

“What was originally a painting of a friend became a conversation between two masters,” Mr. Outred said.