TRENTON – Veteran Assemblyman Herb Conaway (D-7) mulled it, but won’t run for Congress in 2014, he told PolitickerNJ.com today shortly after he gaveled to a close his Health Committee.

“Aimee Belgard has my full support,” he said of the Burlington County Freeholder who declared her candidacy the day after U.S. Rep. Jon Runyan (R-3) announcd that he would not seek re-election next year.

PolitickerNJ.com asked the medical doctor/lawmaker if Obamacare’s failed launch played at all into his decision not to run next year.

“The website will get fixed because we’re the United States of America and we will not be overcome by a little technal glitch,” Conaway said. “As time goes on, the success of the program will turn the tide for the Democrats, but more importantly, thousands of people will have access to affordable healthcare.” 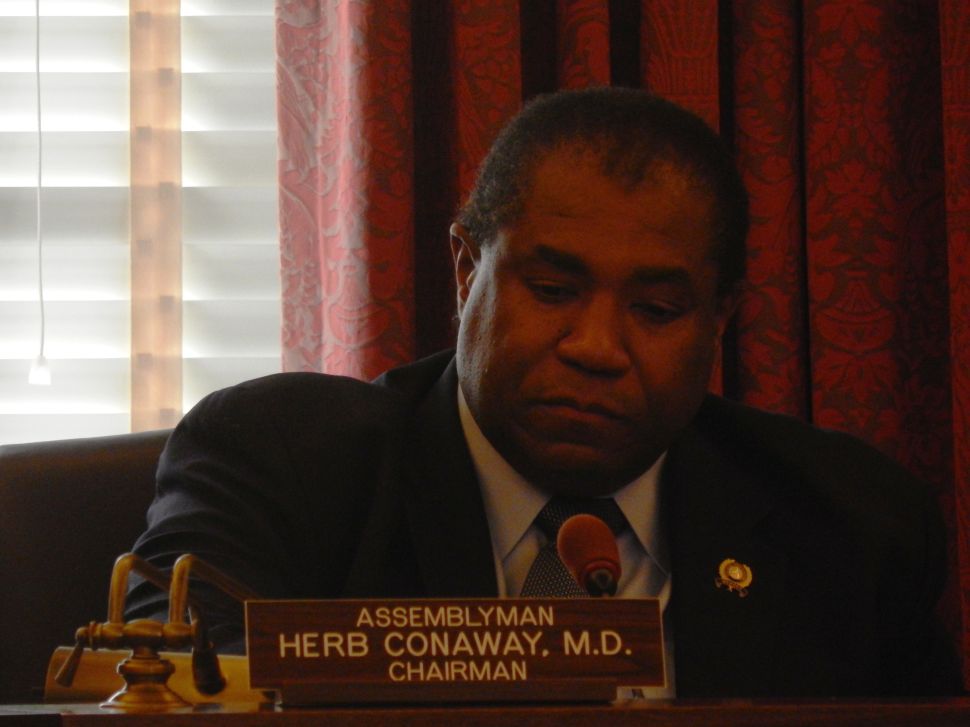