The New York City Council hopes to pass legislation that would reduce the speed limit on most residential and side streets to 20 miles per hour, Council Speaker Christine Quinn announced today.

“We are working to fine-tune this life-saving legislation that will slow down automobiles on narrow residential streets. I am hopeful that we can get consensus on this important legislation, which will literally save lives once it is enacted here in New York City,” he said in response to the speaker’s comments.

But there are complications. The city’s Department of Transportation has argued the proposal would conflict with state law, which only allows limits that low if other traffic-calming devices are used. Last Friday, Councilman Jimmy Vacca, chair of the council’s transportation committee, told WNYC the bill was being “tweaked a little bit” and that members were “aiming for 25 miles per hour on narrow, one-way streets.”

Currently, the speed limit on most city streets is 30 miles per hour, unless otherwise posted. The new regulations would be a boon to advocates–including those who installed their own 20-mile limit signs in Park Slope this week–but have drawn grumbles from some drivers who feel the city’s notoriously gridlocked streets are slow enough.

The measure is just the latest of several recent efforts aimed at making streets safer for pedestrians. Later today, the council is expected to pass another bill, introduced by Councilwoman Debi Rose, aimed at slowing speeds near public and private schools. The rules would require the city to install speed humps near at least 50 schools.

“Speeding is the number one cause of deadly crashes in New York City and we must do everything we can to prevent fatalities,” Mr. Quinn said in a statement touting Mr. Rose’s bill.

A spokeswoman for Mayor Michael Bloomberg did not immediately comment on whether the mayor supports the bill. 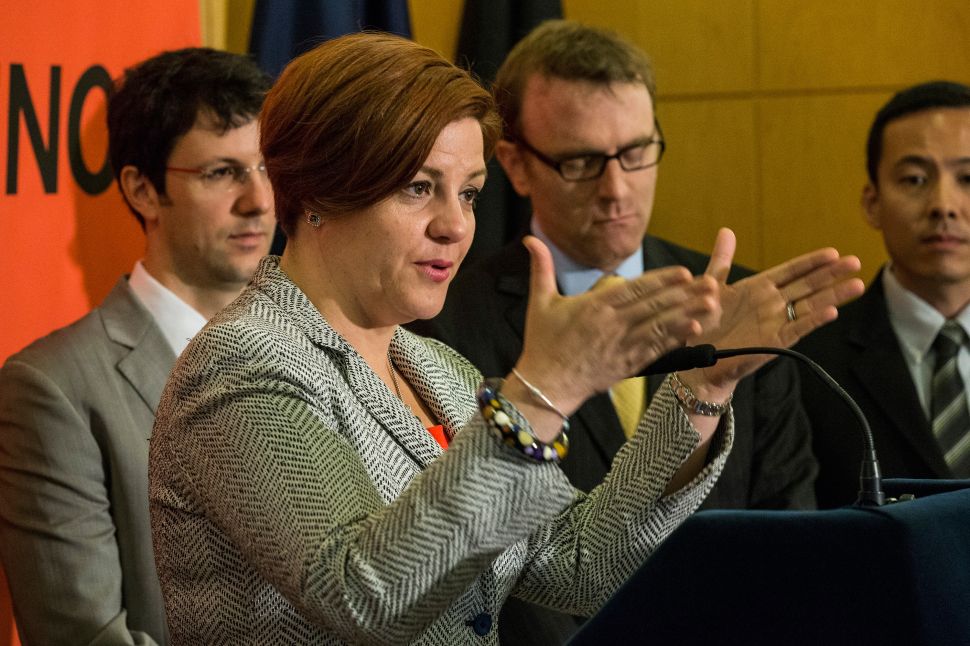