TRENTON – One lawmaker wants to take from the governor’s hands the decision-making when a vacancy occurs in the U.S. Senate.

Assemblyman Joe Cryan, (D-20), Union, has introduced a bill that would eliminate the governor’s ability to temporarily appoint a senator, as Gov. Chris Christie did this year when he tapped Attorney General Jeff Chiesa to hold office until a successor to deceased Sen. Frank Lautenberg could be elected.

Cryan’s bill also would maintain that such elections must happen at the next general election.

But the bill allows for the governor to call a special election if the vacancy occurs after the 70th day preceding the primary.

Filling the vacancy created by the death of Lautenberg became a political firestorm this year.

Christie slated a special election to be held in October, at which time Newark Mayor Cory Booker was elected over former Bogota Mayor Steve Lonegan.

Democrats wanted the Senate election on the same day as the November general  election, and accused Christie of keeping the elections separate so as not to have a popular Democrat on the ticket that possibly could have drawn out more voters in the gubernatorial race that he won handily over Sen. Barbara Buono.

Christie defended the decision, saying people deserved to have a representative in Congress as soon as possible.

In the upper chamber, Sen. Shirley Turner has a different bill. Her S2857 would eliminate the special election provision, require the governor to make an appointment and ensure the appointee is from the same party as the senator being replaced.

That bill has gone through the State Government Committee successfully.

In addressing his bill, Cryan said he is aware that the chances of passage are difficult with Christie poised to veto such a bill if it ever got to him.

“I think we need to have the conversation about fixing the problem,’’ Cryan said. “The governor abused his privilege when he created the special election and disenfranchised so many people in such a short period of time.’’ 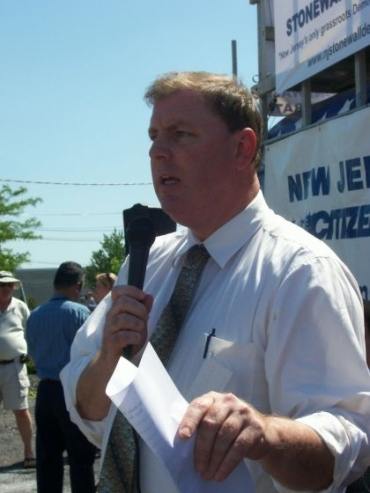