“Tonight, New Jersey Democrats will maintain majorities in both the State Senate and State Assembly, and may actually strengthen our legislative hand, demonstrating that voters’ fondness for Chris Christie’s brash persona only runs skin deep, the party’s top official declared,” Currie said in a statement.

“Democrats are proud of the trust that New Jersey voters put in our party, and we remain dedicated to tackling the challenges facing middle-class families. The fondness that New Jerseyans have for Mr. Christie’s bluster, while it defies logic, only runs skin deep. Christie could not break the bond voters have with their Democratic leaders, from legislative districts to freeholder boards. We knew Chris Christie would go to any extreme to avoid accountability and to promote his brand, but it is surprising how incapable he is of helping anyone else — not just middle-class New Jerseyans, but even members of his own party,” said Currie.

Currie heaped brashness on the evening that saw his gubernatorial candidate demolished.

“Christie has compiled an economic record that would make Herbert Hoover blush, with 400,000 of the state’s residents unemployed, lackluster job creation, and property tax burdens that have risen by nearly 20 percent. And, just today on national cable television, Christie embraced his true conservatism, validating the argument made by Senator Barbara Buono and others that we can expect even more of his damaging policies in another term,” the Democratc chairman said. “In addition, after Christie wasted $12 million in taxpayer funds on suppressing turnout, unnecessarily scheduling a separate election to fill the U.S. Senate seat now held by Cory Booker, Democrats were compelled to mobilize voters twice within a month’s time.

“Despite Christie’s inflated poll numbers, Democratic candidates overcame these challenges at the county and local levels, highlighting their commitment to real property tax relief, to restoring access to women’s health care services, and to protecting our neighborhoods from the threats posed by dangerous firearms. Meanwhile, county party organizations and local campaigns ran strong door-to-door outreach efforts that successfully targeted extremist elements in the Republican ranks for defeat, and captured majorities on legislative bodies, flipping control from Republican to Democratic hands.” 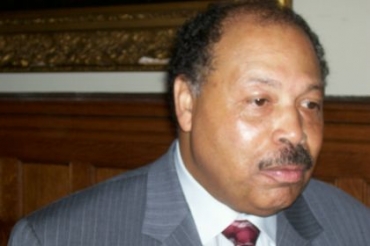