The Daily News staff finally moved back into their headquarters at 4 New York Plaza today, a little over a year after Hurricane Sandy forced them out of their downtown offices.

It’s been a long, transitory year. After the storm hit and flooded the South Street Seaport-adjacent space, the staff first had to work from the paper’s printing factory in Jersey City. Then, in February, News staff returned to Manhattan, but to a rented space in midtown rather than the still storm-ravaged downtown offices. The temporary office at 1290 Sixth Avenue was markedly better than squatting in the printing plant, but despite the convenience of working in the city that the paper covers, the space was still rather cramped.

Re-write man Corky Siemaszko, a 20-year Daily News veteran, has been along for the wild ride since the night last October when Sandy first hit. Still in the office filing and updating stories, Mr. Siemaszko was there when the power went out and water started flooding into the downstairs lobby. When the power went out and the computers shut down, Mr. Siemaszko had to dictate stories over the phone to web editor Lauren Johnston, who was putting the paper together from Pittsburgh, PA.

“We climbed down seven flights of stairs and there was a foot of water in the lobby,” he said. “[Outside] It was like white water rafting. There was a river there. There were whitecaps and stuff. The windows were being shattered left and right. I had to duck back inside to avoid falling glass. There was just no way to get out.” Mr. Siemaszko poses with one of the bottles of scotch that sustained him and his fellow staffers during the night they were trapped in the newsroom.

For the next few days the Daily News staff worked separately from various points around the city, even using The Jewish Week facilities to put out a couple of issues, Mr. Siemaszko said. Eventually they moved to the Jersey City printing factory, located in what Mr. Siemaszko called a “desolate industrial park.” At the factory, the staffers were stuffed wherever they’d fit, some—Mr. Siemaszko included—sitting on aluminum folding chairs in an industrial cafeteria-turned-newsroom.

“We’d be trying to take notes and the cooks would be yelling at each other, ‘Pass the lard!’ or, ‘Pass the cheese!’,” Mr. Siemaszko said of working in the printing factory’s cafeteria. (Although he did note, that the factory staff were generally very kind and accommodating).

In February, much to the delight of the staffers, the Daily News relocated to the office in midtown. “It was a crowded newsroom, and we were all jammed in together, but it was a big improvement over working in a cafeteria,” Mr. Siemaszko said.

Finally this morning, after the long diaspora, the staff returned to their downtown digs. Staff members enthusiastically (and maybe somewhat prematurely) reported that the move has bolstered overall morale.

For those hired within the past year—of whom there are plenty, particularly in the Features section—this morning was an opportunity to glimpse the Daily News headquarters for the very first time.

“This is a whole other world. It’s like night and day” said features writer and video producer Justin Rocket Silverman, who was hired in June. “That was a temp place with folding tables. This looks like what a futuristic newsroom looks like in a movie.”

Mr. Silverman likened this morning to the first day of school as staffers chatted with each other and found their friends.

“I kind of knew when I took the job that I was joining an institution with a long history, but I didn’t really understand the scope of that until today,” Mr. Silverman said, adding that the new office is ergonomically laid out, and old covers of the newspaper are mounted on the walls. “Every time I go get a glass of water, I walk through New York City history. It gives you a sense of belonging to something important.” 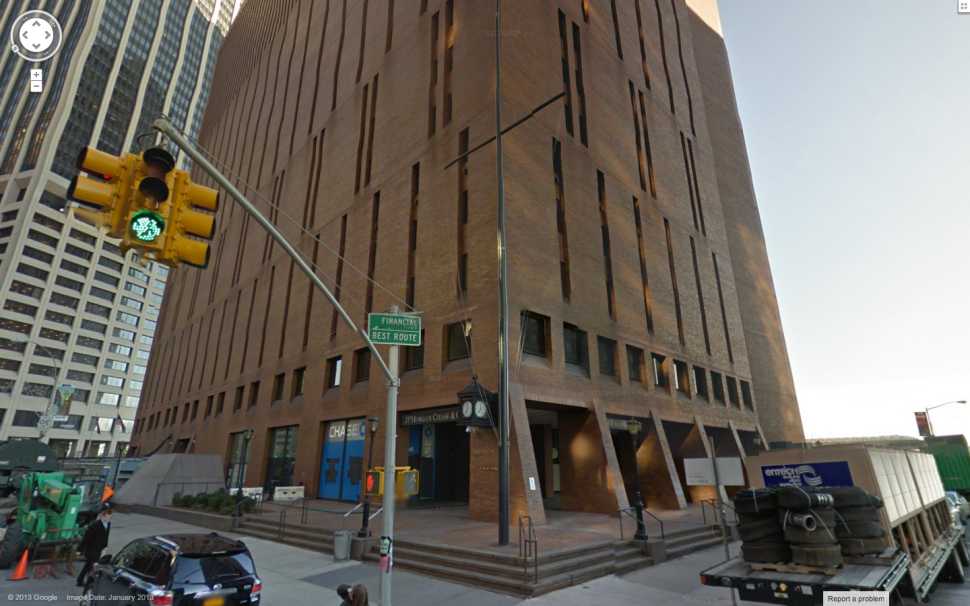