Bill de Blasio isn’t sold on the benefits of hailing cabs via e-hail phone apps like Uber–but that hasn’t stopped his campaign from spending more than $1,000 dollars ferrying staffers using the service.

According to city campaign finance records, the Democratic mayoral front-runner and his Republican rival, Joe Lhota, have embraced the new technology, using it frequently for transportation on the campaign trail.

“He’s not only a supporter, but he’s a frequent user of Uber,” Mr. Lhota’s campaign spokeswoman said via email.

Mr. de Blasio’s stance is far less clear. Asked at a recent campaign stop to clarify his stance on the apps, Mr. de Blasio told Politcker he saw both benefits and challenges.

“I think a variety of things. I think that kind of technology, if done properly, could be very helpful. I also think, as I’ve said about everything with our transportation industry, there are real delicate balances that have to be struck,” he said outside a Harlem church.

“The bottom line is we have a very elaborate transportation system in this town including yellow cabs, including car services that in many ways works. And if we’re gonna make any changes to it, we better damn well make sure we don’t disrupt that which works now. So to me, to evaluate what that kind of technology would mean would require bringing all the stakeholders together to seriously discuss the ramifications and determine what’s best for the city,” he added.

The city is currently in the midst of a year-long pilot program that allows customers to hail yellow cabs using smartphones, but has faced staunch opposition from livery owners, who unsuccessfully sued to the city, arguing the programs unfairly cut into their business.

Mr. de Blasio, who has received several hundred thousand dollars in contributions from the yellow taxi industry, has tended to side with medallion owners and expressed repeated concerns about the city’s new green apple outer-borough taxi program, which allows some livery cars to accept street hails outside of central Manhattan. 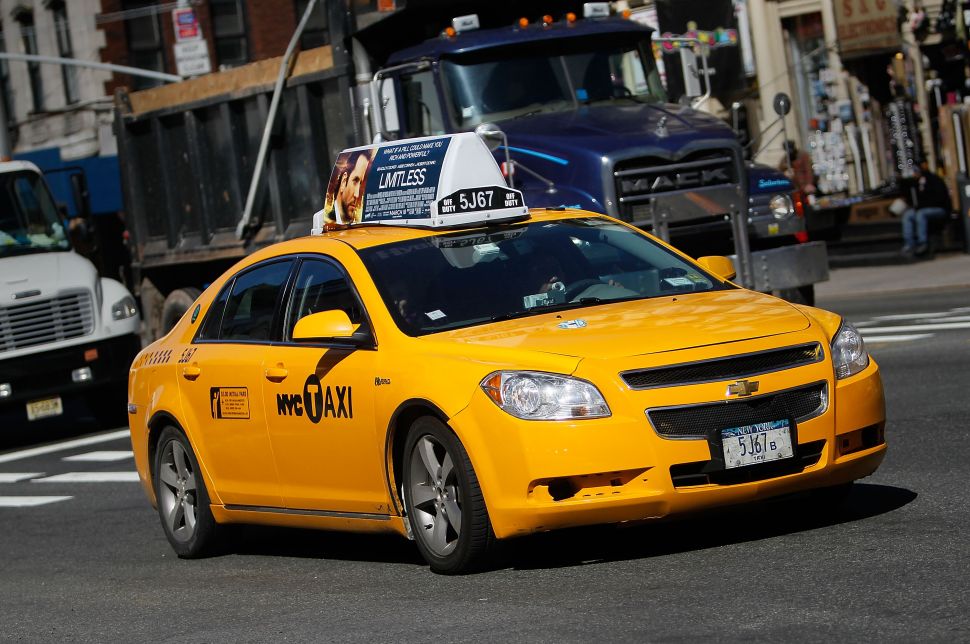