That sets the stage for the first nominee of Gov. Chris Christie’s to ascend to the higher court after Senate Democrats rejected two earlier nominees and have held two other nominees in limbo without a Judiciary hearing.

Fernandez-Vina is the Superior Court Assignment Judge in Camden County. Christie announced his intention to nominate Fernandez-Vina on Aug. 12 when he also said he would not renominate Justice Helen Hoens because, he said, Democrats had indicated her reappointment would draw opposition.

The Senate Judiciary unanimously released Fernandez-Vina’s nomination on Oct. 17 in a hearing devoid of the acrimony that overshadowed the hearings more than a year ago of Phil Kwon and Bruce Harris.

Sen. Ray Lesniak – who voted yes – said nevertheless that the judge in his Judiciary appearance hid behind a judicial ethics rule that does not exist and used it to not discuss the jurisprudence of any case that’s been decided, including groundbreaking, settled law such as Brown vs. Board of Education.

“He has a great personal story to tell,’’ Lesniak said, “but he doesn’t have a history of opinions’’ from which senators could make conclusions about his approach to the law.

Lesniak said they are going to make sure future nominees can’t hide behind the same reasoning.

Sen. Kevin O’Toole came to Fernandez-Vina’s defense. “He is going to be the next associate justice because he is so qualified,’’ O’Toole said, recalling the justice’s family history of leaving Cuba and succeeding in the United States.

He pointed out Fernandez-Vina’s rapid ascent from judge to presiding judge to assigning judge, “because he was the best judge in the county.”

O’Toole said that the reasoning Fernandez-Vina used to avoid answering questions on cases was used by many previous judicial nominees.

“Why are we treating him differently,” O’Toole said.  “He is amazingly qualified.” Other Republican senators who rose in his defense included Michael Doherty, Tom Kean Jr. and Gerald Cardinale.

Lesniak said that he did not question him about state cases such as the Mount Laurel affordable housing decision, cases that could come before him.  He asked him about national matters and what he thinks the law is. 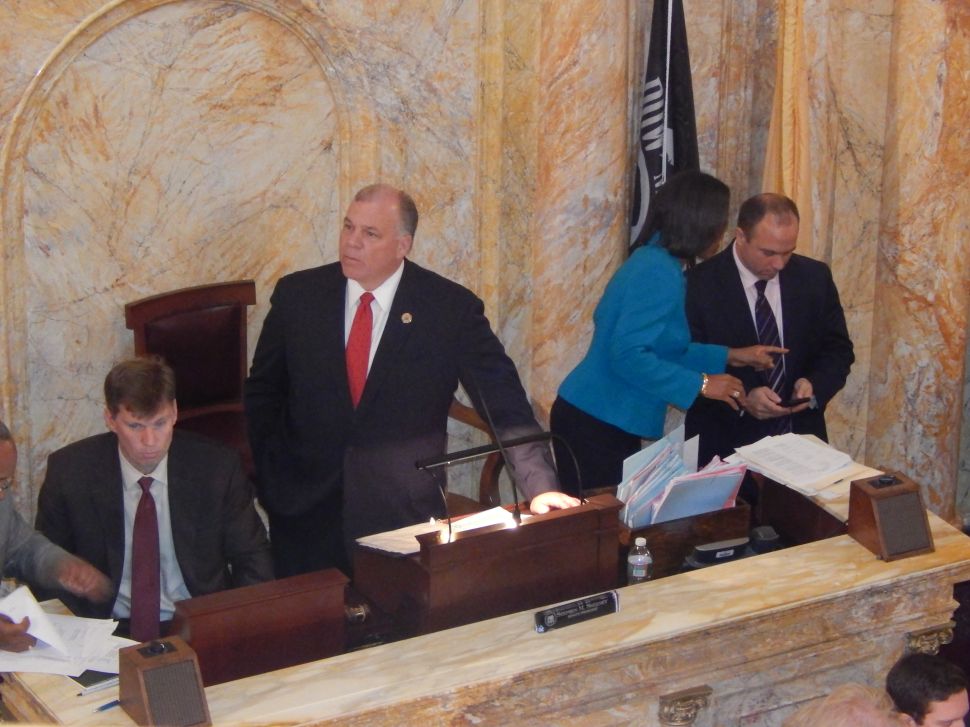