Fulop told PolitickerNJ he spent an entire day meeting with various elected leaders in Washington on Wednesday, including with House Minority Leader Nancy Pelosi. Fulop met with the former speaker of the House for 45 minutes and had meetings with New Jersey’s congressional delegation.

“We had a full day,” said Fulop, adding it was his first trip to Washington as mayor of Jersey City.

Fulop said he was “really advocating for governmental needs” and spoke with Pelosi and other elected officials about some of the things Jersey City is lobbying the federal government to take action on, including flood relief and Housing and Urban Development initiatives.

Earlier today, Fulop gave testimony in favor of Sen. Ray Lesniak’s “New Jersey Economic Opportunity Act II of 2013” and the mayor was also slated to speak at a news conference advocating for the so-called DREAM Act.

The meeting was organized by U.S. Rep. Bill Pascrell. 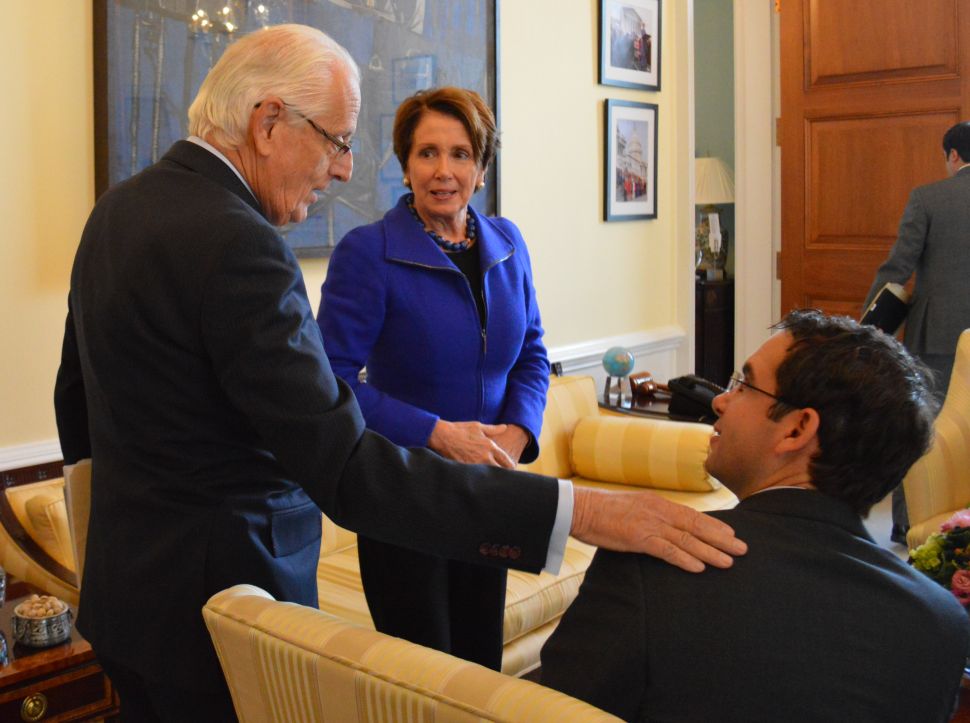