“This ‘deal’ is no deal for the United States or our allies,” said Garrett. “Rather, it continues this administration’s pattern of negotiation, where the United States gives but receives nothing in return. I am deeply dismayed that we are so quick to free up billions of dollars in assets and revenue streams that Iran can use to further finance international terror or restart its nuclear program.  If, months from now, Iran wants to renege on this ‘deal’ and resume its pursuit of nuclear weapons, it won’t be any further from developing a bomb than it is today.

“Once again, President Obama’s foreign policy ‘win’ weakens America, her allies, and our position in the world,” Garrett added.

Up for re-election next year, the movement conservative Republican has a declared challenge from attorney Roy Cho of Hackensack.

State Sen. Bob Gordon (D-38) last week at the League of Muncipalities told PolitickerNJ.com that he continues to mull a run against Garrett. 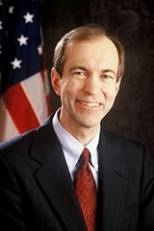