RUTHERFORD – The rain receded Friday before Gov. Chris Christie rolled into Rutherford for a campaign stop.

Their goal: to rain down retribution on Democratic gubernatorial candidate Barbara Buono just five days before the Nov. 5th election.

And while Christie and Giuliani were looking hard at Bergen, New Jersey’s bellwether election county in 2013, the man some call America’s mayor looked beyond to 2016.

“Of course he can win if he runs,” Giuliani told PolitickerNJ.com.

“You’ve got to go to all the people and explain what you’ve done here and then show them how it happens for the rest of the country,” he added.

Inevitably comparisons arise between Christie and Giuliani, but the latter says the younger man can succeed in a nationwide campaign where he did not.

Check PolitickerNJ.com later for more about Christie and Giuliani’s campaign blitz through Bergen. 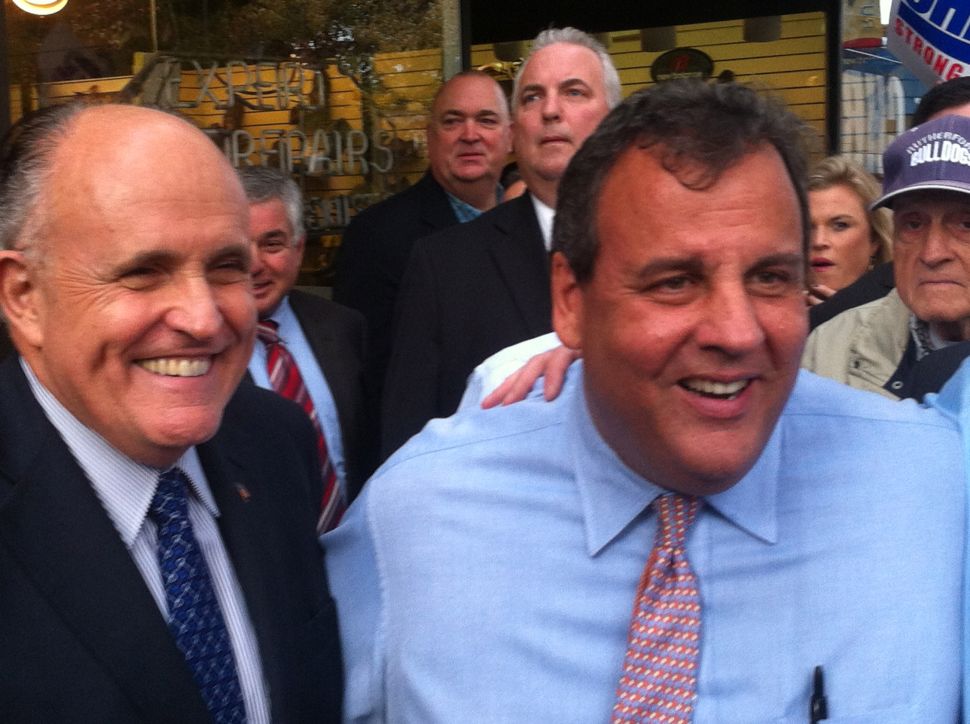