HASBROUCK HEIGHTS – State Sen. Bob Gordon, in the midst of celebrating a close win over GOP challenger Fernando Alonso, stopped to speak about how he also held off Alonso’s most prominent backer: Gov. Chris Christie.

“The governor launched personal attacks against us in District 38. They spent over a million dollars on television ads. They practically carpetbombed us with attack mailers. And we’re still standing, as far as we’re concerned,” Gordon told PolitickerNJ.com.

Christie won by more than 46,000 votes in Bergen, part of his decisive 60 to 38 percent margin of victory over Democratic challenger Barbara Buono.

But Gordon still feels that at least in his district, Christie couldn’t completely wipe out Democrats.

“The message here is that while the majority of the voters may be enamored with the governor’s persona, they prefer Democratic policies,” Gordon said. “Democratic legislators are going to continue advancing that agenda.”

Unofficial results show Gordon with a 52 to 48 percent victory over Alonso, with 26,168 voters siding with the Democratic incumbent and 24,579 voters casting ballots for the Republican challenger.

The LD 38 Assembly races remain too close to call: unofficial results show Democrat Joseph Lagana and Republican Joseph Scarpa in the lead in a 25 to 25 percent statistical tie.

Check back with PolitickerNJ.com for a full breakdown of the Bergen state legislative races. 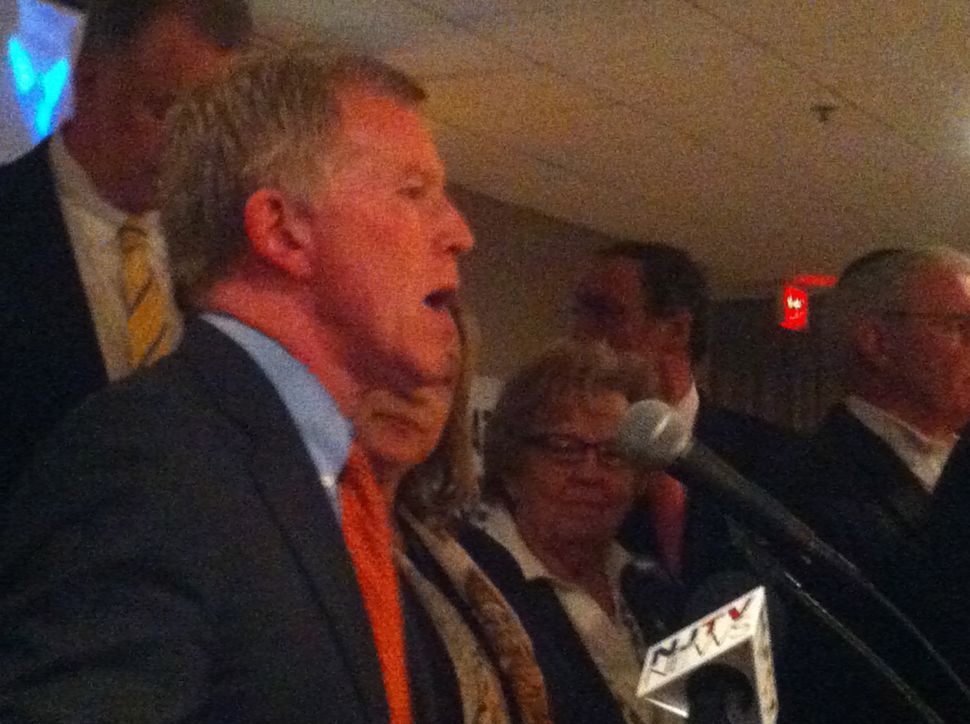