On December 25th(ish) about 2,013 years ago, the Virgin Mary was safely delivered of a son. We mark his momentous birth by burying ourselves deeper and deeper into debt at the local shopping mall for six to eight weeks each year leading up to Christmas.

In January 1954, another religious icon was born–Oprah Winfrey. Like Jesus, she would grow to head her own international movement built on kindness, self acceptance and love (as well as frumpy mom makeovers and daytime TV ad sales).

Once a year, we celebrate these two icons in tandem. Yes, we’re talking about Oprah’s Favorite Things, an annual list with which Ms. Winfrey has gifted us since 2002. The compilation of material items serves as a rare glimpse into Ms. Winfrey’s psyche, and for that we plebes are grateful.

This year, Oprah says, “This is the ultimate, ultimate list of my Favorite Things.” Last year’s list presumably got one fewer ultimate. In light of its ultimateness, Betabeat has dissected the list and picked out all of Ms. Winfrey’s favorite #tech items for the year:

• Cases that charge your iPhone. The cases are “bright” and “sleek” and “protect your iPhone,” Opes is quoted as saying, and they provide it with “up to 80 percent juice.” She has one on her phone at all times. Sounds like a great way to destroy your phone’s actual battery.

• A wristwatch that tells you what your Galaxy phone is doing, provided you’re within five feet of the phone. Ms. Winfrey thinks this is “at last, a polite way to check calls, texts, and emails when you’re in a meeting.” We disagree. Still rude, sorry. And hey, Oprah, iPhone or Galaxy? You can’t be Team Both. Pick a side, equivocator. Or don’t.

• Some red Beats studio headphones that will set you back $300. Oprah says they’re “crisp.”

• A Kindle Paperwhite, because we all know Ms. Winfrey is a bookworm. As a bonus, with this entry, Oprah includes a 20 percent off code for the leather cover that “makes it feel like a treasured volume.” The cover is orange.

• Last but not least, an at-home fry-maker. This is really only #tech insomuch as it plugs into a wall. But hey, it lets you fry four servings of potatoes using only one tablespoon of oil. What we’re really saying here is, bloggers need Christmas presents, too. 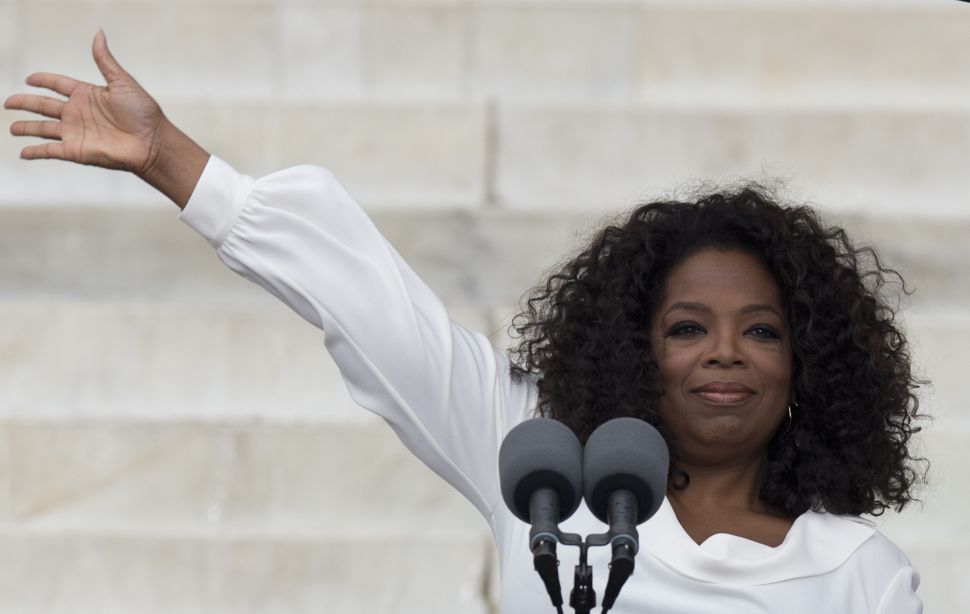