Mayor Michael Bloomberg on the radio.

Musing during his weekly radio sit-down with WOR’s John Gambling, the mayor rejected the idea that Mr. de Blasio’s election was a rebuke of his 12 years in City Hall.

“This campaign was an anti–not so much anti-Bloomberg or anti-establishment–it was a change. Just want a change,” said Mr. Bloomberg. “And you say, ‘Well change what?’ ‘I don’t know. I want a change.’ ‘Why? ‘Just time for a change.'”

“I liken it to hemlines. You know, hemlines are fine [one way] but next year they move ’em up or down because people want a change,” he said.

Regardless of the reason, Mr. Bloomberg assured that he was passing over a city in exemplary shape, and cautioned the incoming mayor about the risks of not continuing in his footsteps

“If I were that administration, I’d have a smile on my face and say, ‘You know, we got a great hand to play. And we can take it and go further,'” he said. “I don’t know any city that has the hand that we have to play going forward.”

Still, he said, the city must continue in the right direction, or it risks losing out to competition.

“Places like London are gonna eat our lunch unless we keep going,” he cautioned. “You cannot stop. Even when you’re ahead is the time to really work harder. And you know, we’re gonna give de Blasio the chance to do that.” 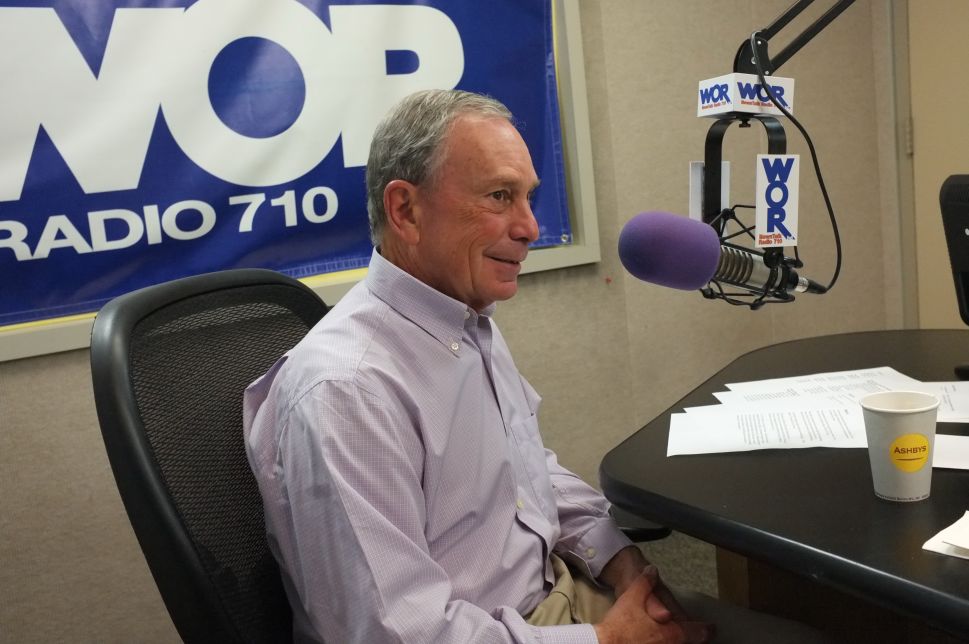