“Dr. Bush-Baskette and the committee chairs all share my commitment to building a city government that is open, ethical and accountable to our residents,” said Taylor (pictured), who will be sworn in on Jan. 1 as the city’s first new mayor in 16 years. “I have no doubt that together we can make our city safer, more affordable, provide jobs and improve the quality of life for our families and seniors.”

Bush-Baskette is the founding president of Sojourn Institute LLC, and on the faculty at Rutgers University. Elected to three terms as an Assemblywoman, she left the Legislature to join Governor James Florio’s Gubernatorial Cabinet as the State Commissioner of the New Jersey Department of Community Affairs, becoming the first African-American woman to serve in a New Jersey Gubernatorial Cabinet.

“I’m proud to be joining Mayor-Elect Taylor in his efforts to build a responsible government that works for all East Orange residents,” said Bush-Baskette. “Mayor-Elect Taylor has a vision for where this city can go and the dedication to get the job done. I am thrilled to be able to use my experience and expertise to build a city government that East Orange families can count on.”

In addition, Taylor named the heads of the following eight committees who will work under the guidance of Bush-Baskette: 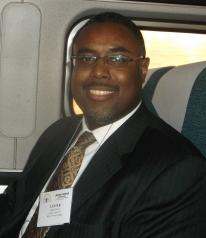