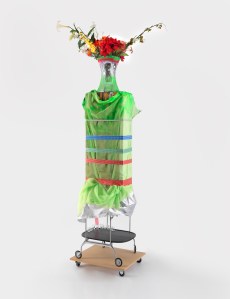 Isa Genzken’s retrospective at the Museum of Modern Art, organized by a royal flush of curators (MoMA’s Sabine Breitwieser and Laura Hoptman, the MCA Chicago’s Michael Darling and the Dallas Museum of Art’s Jeffrey Grove, with Stephanie Weber) is one of the best major shows the museum has put on in a long time. Sculptors especially will find much of interest in Ms. Genzken’s approach to materials, and those curious about German postwar art have a lot to celebrate in the show, which puts on view many works never before seen in the U.S.

Like the work of a pop star skilled at self-reinvention, Ms. Genzken’s career is a bit of a hat trick. A thoughtful post-minimal sculptor in the late 1970s, she morphs momentarily into a painter only to become, in recent years, a political installation artist. With shows entitled things like “Fuck the Bauhaus, New Buildings for New York” (2000) and artworks that deal with terrorism and oil dependency, she is always topical.

A room full of semitranslucent Epoxy resin folding screens, and her Basic Research series, Richter-y paintings, made during the late 1980s and early 1990s, follow. The screen sculptures are vertical and vast, framing the height of the room rather than depicting things, while the paintings are rubbings of oil paint made by squeegee, showing textures in another crossed-sensory moment (like those radio-wave sculptures). The work is very good.

A former partner of Benjamin Buchloh and student, and later wife, of Gerhard Richter, Ms. Genzken’s earliest German context was that of the art school set up by Joseph Beuys at the Düsseldorf Fine Arts Academy. Blinky Palermo was a classmate and peer; Marcel Broodthaers taught there. In 1993, she and Mr. Richter divorced, and she moved to Berlin. The next room in the exhibition is a meditation on urban space. Small maquettes made of found materials (pizza boxes, duct tape, plywood, aluminum, vinyl) emphasize the textures of the city, the verticality of skyscrapers and the mirrored glamour of urban surfaces. The works are what you might call figurative, but they recoup materials to evoke urban life in a fragmentary way, more Kurt Schwitters’s collage than illusionistic sculpture. They recall her peers’ (Sigmar Polke, Konrad Lueg) Capitalist Realist use of bed sheets and appropriation of commercial surfaces, yet for Ms. Genzken, there’s a greater embrace of the seductive qualities of contemporary capitalism. 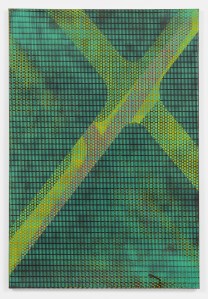 In the 1990s, Ms. Genzken fell in with a new group of artists, and her works, such as Slot Machine (1999-2000), make these relationships visible. Kai Altoff (seen in a photo applying eyeliner) and Lawrence Weiner are part of her post-marriage life and make appearances initially in photographs and later as parts of the titles of abstract pieces—the mirrored Dan (Graham), the pink and silver Andy and the self-portrait Isa with her doppelganger Kai. Ms. Genzken pivots between what could be humorous minimalist sculptures and a new vocabulary of social relational sculpture—an art in which collaborative partners and intimate relationships are embedded in the surfaces of the work itself. Artists Wolfgang Tillmans, Elizabeth Peyton and Rachel Harrison are also part of the network of figures in her new world.

Her final sculptures are hit or miss, both great and overblown. The ambition of Da Vinci (2003), in which airplane windows are spray painted, is terrific and terrifying in the wake of 9/11, but American Room (2004), featuring a toy Scrooge duck holding a wad of money on an executive desk, and the bloodied American eagle toys that loom over ivory Buddhas in the Empire/Vampire works of 2003-04, are also a little obvious—screamingly literal uses of everyday materials. A display of costumed mannequins from 2013 points to of-the-moment work and looks like nothing so much as the work of a much younger artist, Stewart Uoo.

Walking through Ms. Genzken’s career overview is like walking through the palimpsest that is the city—layer upon layer of accrued meaning, part Freud’s Rome, part Berlin Kreuzberg and part New York today. Her social sculpture is alive, immersed in the politics of textures and things. (Through March 10, 2014) 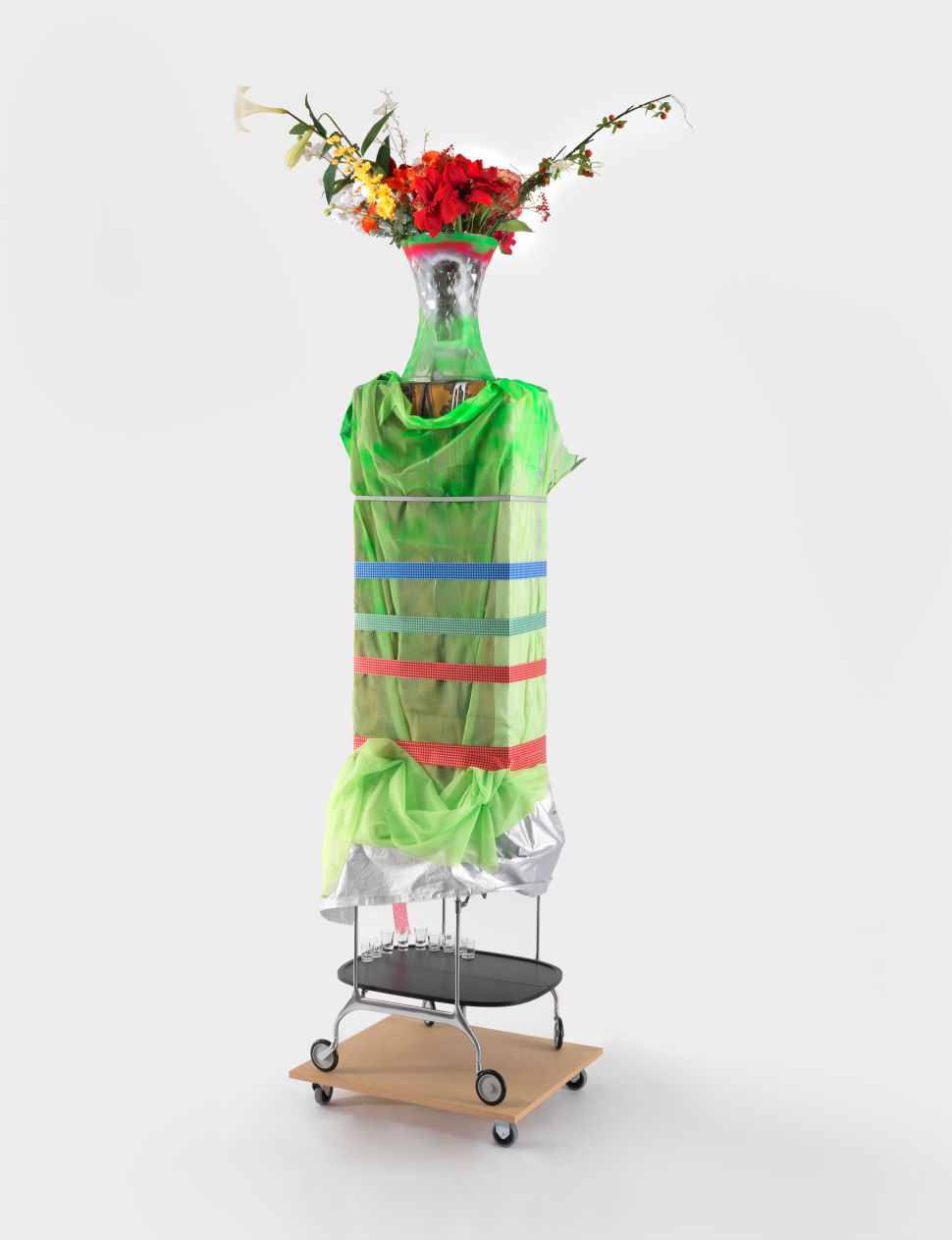