TRENTON – With the 2013 statewide elections all but over, one of the few remaining questions within Democratic circles is how the party will respond to their own who crossed the political line by endorsing Republican Gov. Chris Christie.

The governor sailed to re-election last week helped in part by the backing of more than 60 elected Democrats in the state who announced their support for the popular incumbent during the campaign. Among the list of Democratic supporters was Essex County Executive Joseph DiVincenzo, who faces his own re-election in the coming year where there’s discontent among some party insiders over the level of support the Democratic powerbroker gave Christie.

“What he did was over the line,” said Lionel Leach, president of the Communications Workers of America Local 1039, the union which put significant capital behind the mayoral campaign of Orange’s Dwayne Warren, who ousted the incumbent mayor more than a year ago.

“There are some people in this election that walked the line, but he crossed the line,” Leach said. “There are consequences for what he did and there are candidates that are out there [to oppose his bid for re-election]. Nobody has put their name out as of yet, but I believe very strongly that there will be a challenge.”

Warren walked over the line, too, though, earlier this year, when despite receiving the late cash infusion from the union to propel him to local victory, he joined DiVincenzo in endorsing the public pension and benefits overhauling that Christie accomplished.

But the union leader is not alone in his discontent and he joins the ranks of veteran state lawmakers – namely Sens. Dick Codey and Ron Rice – who have been vocal critics of the powerful county executive (as recently as September, Rice indicated former AG’s Counsel Shavar Jeffries would be a good candidate to challenge DiVincenzo and the lawmaker went as far as suggest he wouldn’t rule out himself as a would-be opponent).

But the grumbling likely doesn’t translate into a serious challenge, according to multiple sources who spoke to PolitickerNJ both on and off the record.

“Being on the primary ballot is a formidable task when you’re sandwiched in between a U.S. Senate candidate and a well respected congressman,” said Thomas Giblin, who challenged DiVincenzo in 2002 for the position when it was an open seat.

Giblin referenced the ballot position any DiVincenzo opponent would be faced with in that the incumbent executive will likely share a line with U.S. Sen. Cory Booker and Rep. Donald Payne Jr. It’s one of the first roadblocks sources say is protecting DiVincenzo from a serious challenge.

Of course, Booker and Payne are not forced to run on the same line and could always opt out, however it is unlikely they would come to such a decision.

“You would be hurting the county to take your own line, not just Joe D.,” said one Democratic insider.

“Doubt it,” said another, adding that with Booker and Payne, DiVincenzo “solidified the line” and put himself in a strong position moving forward.

“They’re not going to want to disrespect the new chairman of Essex County,” the source said. “Because it will be the chairman’s line, not just Joe D.’s”

The source referred to the upcoming vote that is expected to put Leroy Jones Jr. at the helm of the Essex County Democratic Committee. Jones will replace Phil Thigpen, the organization’s long-serving party chairman who died late last month at the age of 87.

A staunch ally of DiVincenzo’s, Jones at the helm of the party on Nov. 16 could all but “tip the scales” in DiVincenzo’s favor.

“The Legislature coming back helped Joe,” said another Democratic source, explaining the lackluster coattail effect gave DiVincenzo critics little ammunition if they hope to mount a campaign to succeed the executive.

“If we had lost a majority down there, that would have been bad,” the source said.

The news is not all rosy for the powerful executive (including a 13-count complaint filed by the New Jersey Election Law Enforcement Commission).

For finally, while he personally appears sufficiently insulated from political harm, DiVincenzo’s decision to enter the Newark mayor’s race early on could splash negatively on the county executive’s pick, Anibal Ramos, who by all accounts, trails as the favorite to win the 2014 mayoral race and hardly gains by the perception of his tie to the Republican-backing Joe D in a dominant Democratic Party city.

However, the Newark election is months away – a nonpartisan May contest – and if DiVincenzo angered the race’s potential winner by not choosing the right endorsement, any resentment from the new mayor might be all for naught because the county executive primary will be just weeks away (unless there’s a runoff election in Newark, in which case the primary could already have taken place).

All the sources PolitickerNJ contacted agreed a serious DiVincenzo challenger would have to be named by the beginning of the year. If a candidate waits much longer than early January, it’s unlikely he would be able to mount a serious campaign, sources agreed. The result is that Newark’s mayor’s race could likely have little effect on DiVincenzo’s bid.

As Teflon as DiVincenzo appears, some of his closest allies are not in the strongest positions following the 2013 statewide elections.

Orange’s mayor, Warren, defeated the incumbent more than a year ago when his predecessor endorsed the state’s pension and health benefit reforms. The CWA fueled Warren’s campaign and now local presidents like Leach say “there are consequences.”

And Ramos made an enormous splash of a kick-off event when he jumped into the Newark mayor’s race but has since been struggling to find local traction. 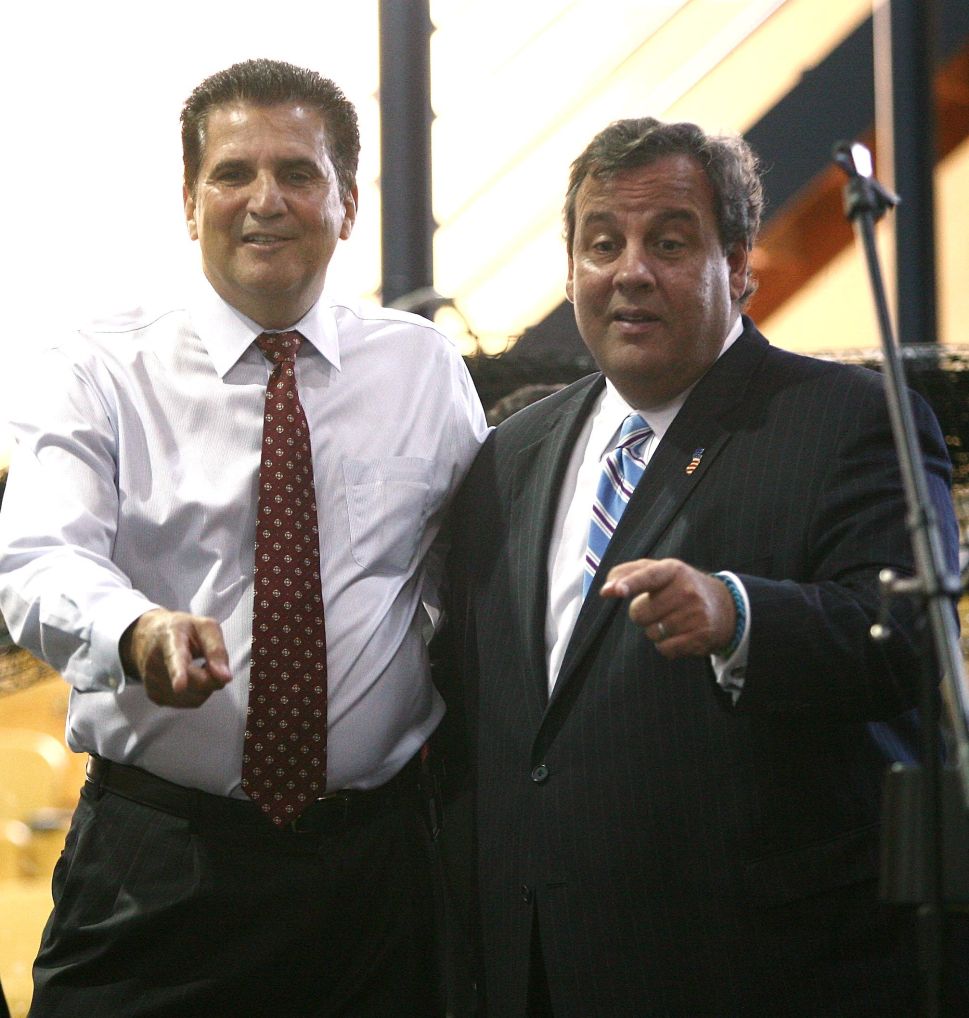