Post-elections are always a time for politicians, losing candidates, political insiders and strategists alike to reflect on what worked, what didn’t, and then look to what’s next.

New Jersey’s most recent election cycle is no exception to the rule. The current focus is on figuring out where gains can be made in the next cycle.

However, the 2013 statewide elections witnessed a phenomenon that’s requiring every political wonk to confront a new election reality: independent expenditures.

Independent-expenditure spending in the state more than doubled its previous high even before the most recent election ended. The IE infusion in the election cycle topped nearly $38 million in the final weeks of campaigns and was expected to reach new heights as candidates entered the home stretch.

“The thing that is a bit worrisome to me is that IE money in general encourages candidate-central campaigns,” said Brigid Harrison, professor of Political Science and Law at Montclair State University.

“I know [political parties] think this is a kind of boon to them because they can raise all this money and spend it on candidates of their choosing, but the reality of it is that the party has less control,” she said, explaining “there is that potentiality that one legislator or a series of legislators could cut their own deals” with one wealthy backer instead of seeking the support of the established political party.

“I did not see any evidence of that yet,” Harrison said. “But, over the long haul, it just makes perfect sense.”

Citing Republican Newt Gingrich’s failed 2012 presidential bid as an example, Harrison explained that IEs make it possible for a single wealthy backer to support a single individual or cause. In the case of Gingrich, it was casino mogul Sheldon Adelson who infused millions into a PAC supporting Gingrich’s bid and helped make him a contender in the race.

In the case of New Jersey, there wasn’t much evidence to support any claims that such a scenario was playing out in the 2013 statewide election, Harrison concedes, explaining that, for the most part even as IE anonymity goes, “we know who is who [behind the large IE groups] and we know where they’re getting their money from.”

However, Harrison suggests it won’t always be the case, and other political insiders in the state agree.

“For the first time, New Jersey looked a whole lot like the rest of the country with super PACs,” said one political insider who worked with various campaigns this cycle. “New Jersey looked like a swing state in a presidential election year.”

But if IEs are in fact weakening the state’s political structure, county political leaders are not witnessing the establishment’s demise.

“The party is still there,” said Mike Donohue, Cape May’s GOP chairman, arguing what candidates in close races need in the end are “troops on the ground.”

“I think when you have a blowout, it’s easy to misconstrue that the party organization wasn’t relevant, but what’s relevant when someone is beating someone by 30 points?” Donohue asked. “Did party organization matter in close races? Absolutely. Without our organization working that and pushing it on the ground, we don’t get traction and then IEs would have defined the whole race.”

“Personally, I think that they are an additional avenue for people in elections,” said Burlington’s GOP chairman, Bill Layton, who suggested the organizations’ ability to maintain the lines on the ballot ensure their relevance is not fading.

“I don’t think it dilutes the party structure. It’s just kind of an addition,” he said. “The party structures are the ones who pick who the candidates are … and if you look at primary elections, the lines matter.”

But not every local leader agrees.

“It definitely makes it, I believe, more difficult for party organizations to be as active and effective,” said Essex County Freeholder Brendan Gill, who serves as chairman of the Montclair Democratic Party.

“It allows people to sort of work outside of the structure,” he said, adding that while the “jury is still out” on IEs and their effect, “there’s competition for resources and if people believe they can put their resources in an entity where there’s less reporting, structure, and a little bit less oversight, and still be just as effective,” then they will.

And other insiders within the Democratic Party agreed.

“Campaigns win or lose on money,” said one Democratic insider, who agreed troops on the ground win campaigns, but said IE spending that is prohibited from coordinating with the candidate will pull focus away from “keeping the troops going” and could “denigrate the party structure.”

“If you can’t rev that machine up, then you have problems,” the source said, who also feared IE spending could result in the so-called “Corzine effect” that occurred when the Democratic Party relied too heavily on campaign funding from former Gov. Jon Corzine and failed to raise capital on its own. 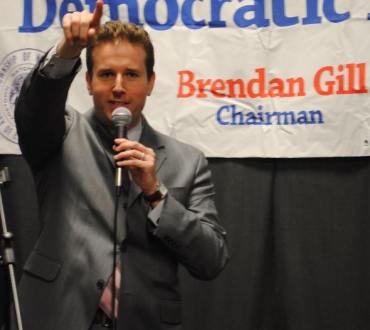