And he’s not saying much now, either.

When asked by NJTV’s Michael Aron Wednesday afternoon about how he felt about the attempted power shake-up in which a fellow Republican senator made an attempt at removing him as minority leader, Kean had four words: “Happy that I won.”

Kean described his strategy to attempt to take control of the Senate while sitting on a legislative leadership panel in Atlantic City. The Republican lawmaker had little to say about the backroom discussions that ultimately resulted in him retaining his leadership position, though he defended his decision to cast a wide net during the recent statewide races.

“The strategy was we have 16 members in a 40-member chamber, in order to get a majority you have to focus on getting at least five seats,” Kean said.

The lawmaker’s decision to fight Democrats in legislative districts 2, 3, 14, 18 and 38 ultimately failed and Democrats retained control of all five of the seats.

Kean was criticized by fellow Republicans for stretching resources thin instead of focusing solely on the three most competitive districts. However, Kean defended his strategy by telling audience members that “16 plus 3” doesn’t equal 21.

Kean sat on the panel with Assembly Minority Leader Jon Bramnick (R-21), outgoing Speaker Sheila Oliver (D-34) and Senate President Steve Sweeney (D-3) – who Kean has had an icy relationship with as of late.

“This is a game of numbers,” said Sweeney.

“I’m glad Tom crunches the numbers because they don’t work too good [for Republicans],” he said. 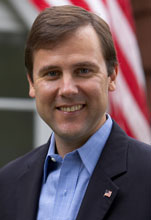