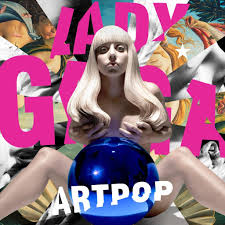 On Sunday, Lady Gaga, who has a new album out called ARTPOP, will “debut an exhibition of different works of art that the popstar created in collaboration with Jeff Koons, Marina Abramovic, Inez & Vinoodh, Robert Wilson, Benjamin Rollins Caldwell and Gaga’s own TechHaus.” Allow me to quote from the press release a little more because it’s just too good:

“The artistic centerpiece of the event will be the unveiling of the sculpture of the superstar that Jeff Koons created for the ARTPOP album cover.” (Jeff Koons, according to a highly recommended article on MTV.com called “Lady Gaga Is Jeff Koons’ Biggest Fan…But Who Is He?” is a “controversial sculptor best known for his oversized, shiny balloon animals and flowers” who “has been confounding critics for decades.”) The location of the event is as yet undisclosed, but the show will occur somewhere in Brooklyn during “artRave, the official album release party for her new album ARTPOP.”

This really is a golden age for the art world, isn’t it?

In other news, I’m going to retire early, change my name and move to a small fishing village somewhere up the East Coast and pretend that all of this has just been a very long, bad dream. What are your weekend plans?