LAWRENCEVILLE – Voter turnout is higher than average in New Jersey’s bellwether town of Hamilton, say union workers coming in off the streets in this battleground district.

“It depends on how independents go,” said Assemblyman Wayne DeAngelo (D-14), the IBEW labor leader standing at the head of the union hall here an eighth of a mile from his hometown. “Many of the registered voters in Hamilton are independents. There are more Democrats than Republicans and more independents than each of them.”

GOTV is in full effect in this labor-centric district.

A third shift starts at 4 p.m.

Michael Maloney, business manager for the United Association of Plumbers and Pipefitters Local 9 and leader of the Mercer County Central Labor Council, grabbed a mic and went to the head of a room crammed with CWA, Building Trades and other soldiers and other labor personnel preparing for the afternoon labor walk.

“Let’s get out there,” said Maloney, standing in front of a brace of labor GOTV materials stuffed in envelopes. “We’re going to concentrate in the 14th District.”

There was grumbling about the African American Chamber of Commerce’s email exhortation earlier today to voters to oppose the minimum wage ballot question.

Greenstein entered the main room and went to work on one of the wrapped deli sandwiches at a table with union workers and Democratic council candidate Joe Santos.

“We have to elect individuals who protect collective bargaining and project labor agreements,” said DeAngelo. “This is not just a fight for local elected officials, it’s a fight for the labor movement.” 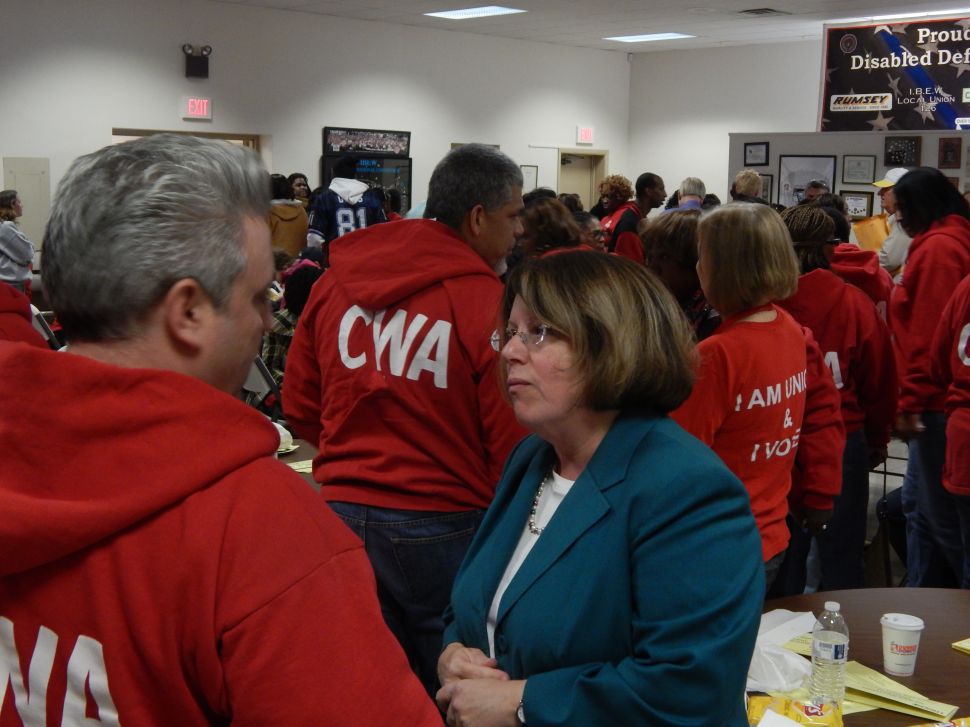