LYNDHURST – State Sen. Bob Gordon (D-38) has been the focus of much of Gov. Chris Christie’s ire this election cycle. The statewide GOP incumbent seeks not only re-election in 2013, but a Republican reconquest of the state Senate.

With that goal in mind, Christie has called out Gordon as an “obstructionist” who “throws a punch” at the governor when the Bergen-based state senator claims to reach across the aisle in the spirit of bipartisanship.

But on the eve of Election Day battle, Gordon has marshaled his troops for a political counterattack against Christie’s tough-talking targeting.

“We’ve got a massive GOTV operation underway, rivaling the Normandy invasion,” Gordon said after Bergen County Democratic Chairman Lou Stellato’s get-out-the-vote campaign breakfast in Lyndhurst. “We’ve knocked on 60,000 doors. We’ve been ready for battle since April – I was knocking on doors in the summer of 2012 in my new towns [following the 2011 legislative redistricting].”

The buzz among New Jersey politicos Monday morning centered on two competing statewide polls which showed Christie far ahead of Buono on the eve of the election. But Gordon feels that he is far from the eve of destruction because of any potential Christie coattail effect tomorrow.

“This has been a tough race, but from our perspective, if there should be a coattail effect, it has two or three points impact,” Gordon said. “We’ve run a retail campaign, maximizing voter contact, letting them size us up. We have hundreds of people on the streets right now. I’d like to think that kind of outreach counters any kind of coattail effect.” 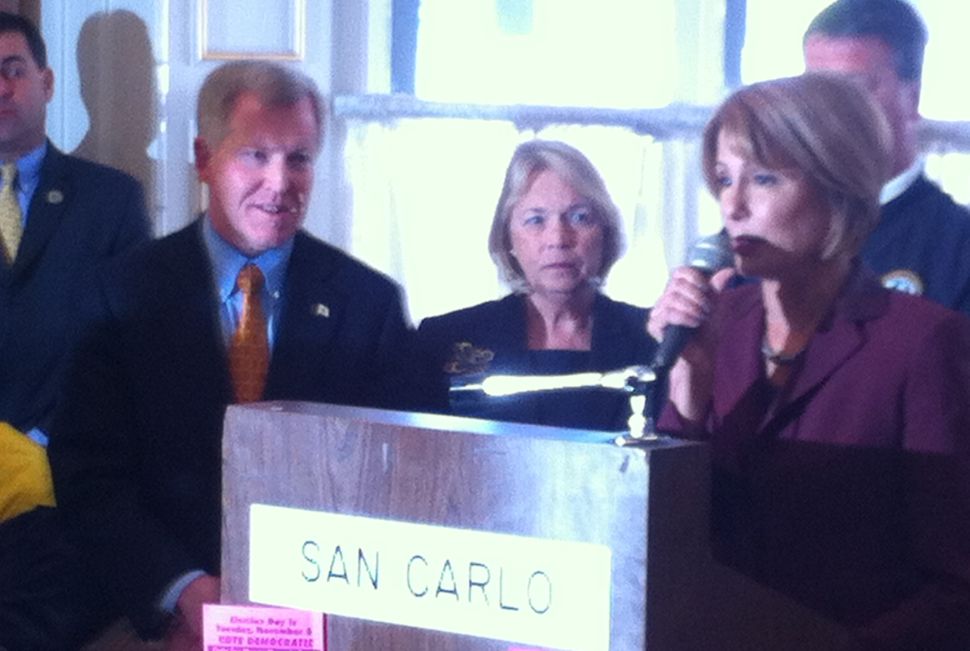