“My chief concern is the mayor’s race,” said Davis, who speculated that Schroeder wants to recoup the stunning loss suffered by incumbent Democratic Mayor Lorenzo Langford. “They are going to be looking at votes cast in Atlantic City and what we need now in Atlantic City is stability and predictability. The last thing we need is to have Atlantic City in doubt.

“Jim Schroeder has lost the Democrats’ most significant Democratic bastion,” Davis added. “A town that has a 12-1 Democratic advantage – because of failed Democratic Party leadership. These Democrats need to get out of the way now and let these election results stand. For him to challenge the results now before all the provisional ballots have been counted tells me that he is on the losing end of the stick.”

“I know Vince Mazzeo sells produce for a living, and I buy produce from him, but I know he doesn’t sell sour grapes,” the GOP chairman said. “Instead of having party bosses make the decision about the election I think Jim Schroeder should defer to Vince Mazzeo.”

The two sides in this fight were examining the ballots in Pleasantville at last check and planned next to turn their attention to Somers Point.

“Just count the votes,” Davis said. “Jim Schroeder wants to rush this through. Look, if people are not registered to vote, they can’t vote. That’s the way it works. We’ve watched Democrats play these games on absentee and vote by mail ballots election after election and they’re not going to get away with it anymore.” 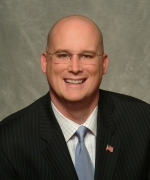