“I look forward to serving New Jersey and representing the citizens in my district again in the Assembly,” said Contillo. “Even in the interim, there is a lot that must be accomplished in the next two months. I have dedicated myself to public policy and government work which has given me the pleasure of stepping right up to the plate when necessary and serve in different capacities.

“Assemblywoman Wagner is a dynamic individual and political representative. It will be an honor to continue her work for the 38th legislative district during these next few months.”

Contillo served in the Assembly from 1973-1979 and in the state Senate from 1983-1991. Now he will serve on the Assembly Higher Education and Environment Committees.

“Welcome back,” said state Sen. Loretta Weinberg (D-37), who joined her Bergen colleagues for the swearing-in ceremony and similarly praised him.

Contillo cracked, “I appreciate all these lies people are saying about me,” before referring to Gordon as “the man who stood up to the governor.”

Gov. Chris Christie put resources in LD 38 in an attempt to bump Gordon, but the Fair Lawn Democrat prevailed in the Nov. 5th general election. 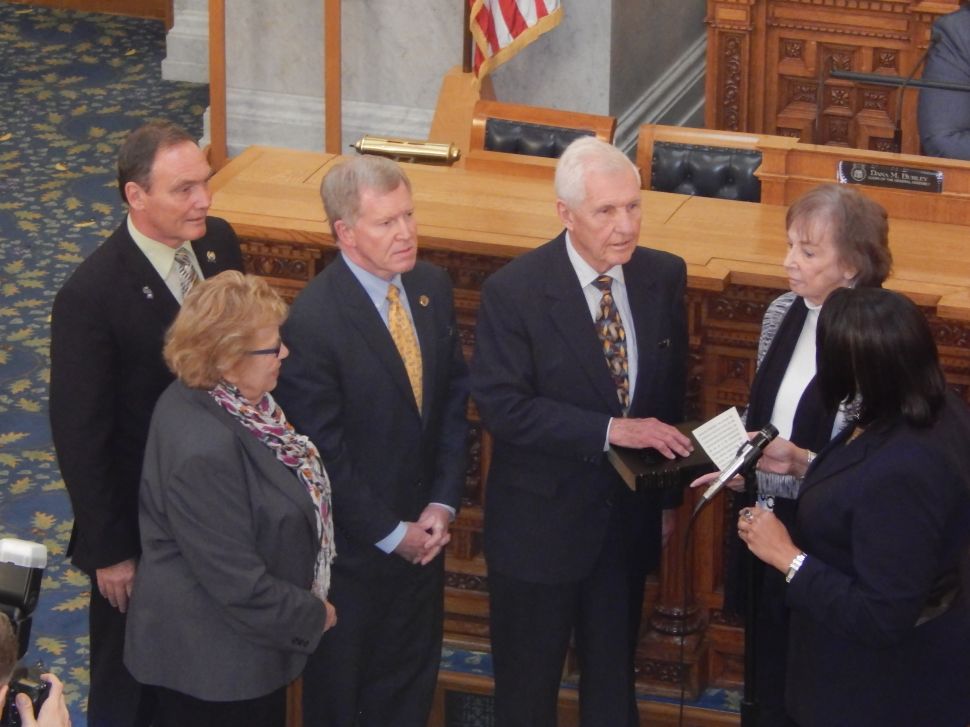