A local mail piece by CWA 1039 has the incumbent mayor of Hillside demanding an apology for what he says is a classless steroetyping of Italian Americans.

“Garretson’s campaign has to respond to it,” Menza said. “They need to issue an apology to Italian Americans and to the residents of Hillside.”

The mailer asks, “What do you get when you cross a politician with a salesman?”

The politician is depicted as a slick operator in a suit. The salesman is the gold chained character to which Menza objects.

“That’s a sign of desperation,” said the mayor. “It proves I’ve put the taxpayers ahead of the unions.”

Menza is set to campaign on Monday with his ally, Gov. Chris Christie.

He is running in a three-way race against Garretson and Councilman Jorge Batista. 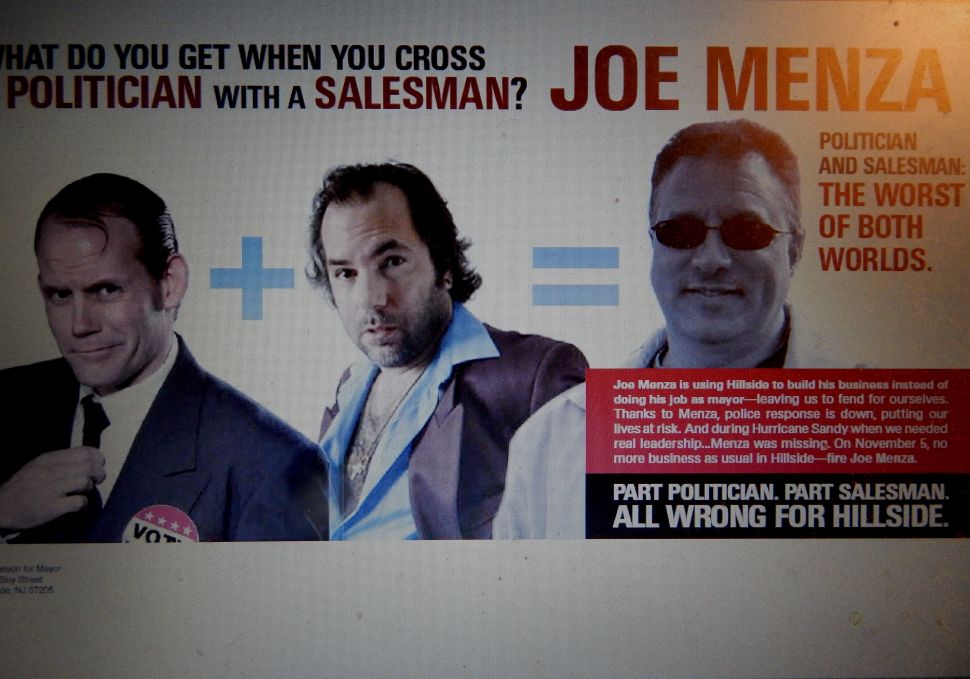