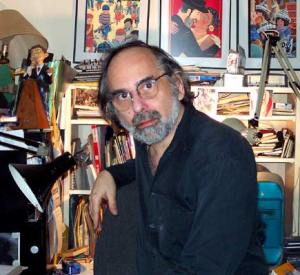 Patricia Cohen with some of the backstory on some of the 1,500 paintings recently recovered in Munich after being out of sight since World War II. [NYT]

Here’s an interview with Abdulnasser, “an anomaly in the art world. A sculptor and conceptual artist, he is also a lieutenant colonel in the Saudi Arabian Army.” [NYT]

Here’s an interview with Emmanuel Perrotin pegged to his 25th anniversary as a gallery. [Bloomberg]

“A selection of the most highly charged political art in history.” [The Guardian]