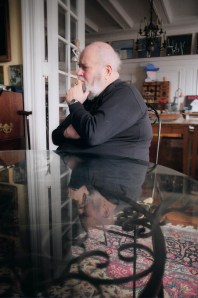 Lou Reed will have a public memorial at Lincoln Center. [NYT]

“There is a growing gulf between museums in London and elsewhere in the U.K. that has left some venues struggling to host exhibitions and facing closure, the Museums Association president has said.” [BBC]Really strong exhibition invitation. K8 Hardy at Reena Spaulings. [ABAB]

“If, in an age of mechanical reproduction, art had lost its aura, he restored that aura; he enchanted an unenchanted world.” Elizabeth Pochoda remembers Arthur Danto. [The Nation]

Here’s a profile of Penelope Curtis, the first female director of Tate Britain. [The Independent]

“I have zero issue with parting with something. Everything that I own is for sale—other than my wife and kids.” Aby Rosen is selling artwork from his collection out of his real estate sales office. [NYT]

Heiner Friedrich and Fariha de Menil Friedrich still oppose the Dia sale tonight at Sotheby’s, though they have withdrawn their lawsuit. [NYT]