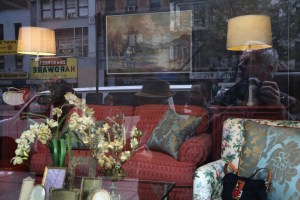 Steve Cohen did some art shopping this weekend. [Page Six]

The top bidder for Banksy’s Housing Works donation defaulted on his bid. [NYT]

“The mysterious discovery of 1,400 artworks apparently collected by a German dealer under the Nazis continued to ripple disturbingly through Germany and the art world on Sunday, prompting reports of a deal with Hitler’s propaganda chief and calls for Germans to do more to return lost works to Jewish heirs.” [NYT]

Here is a profile of the artist Noma Bar. [The Guardian]

Reporting from Lady Gaga’s album launch party: “Fans in fishnets, men in sequined drag and lipstick, girls in stilettos, gay men in platforms, older men in kilts and the odd grandmother, the crowd was as eclectic as they were die-hard Gaga fans…” [The Telegraph]