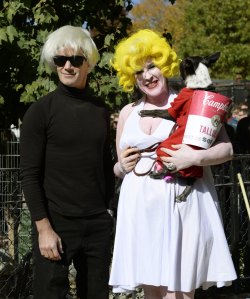 “A previously unpublished list, examined by the journalist Richard Dorment and reproduced for the first time in The Art Newspaper, provides details of the fate of 44 paintings confiscated by the Andy Warhol estate in 1991.” [The Art Newspaper]

The potential owners of that Nazi looted art are beginning to emerge. [WSJ]