The New York Post‘s Page Six invited Bill de Blasio to Thanksgiving “to see if the rumor is true that he is really an inch or two taller than the 6-foot-5 he says he is.” The paper also wanted to learn more about how Gov. Andrew Cuomo “was said to be a serial lady-killer.”

Mr. de Blasio said Wednesday that he’ll soon announce some hires for his new administration. “You can safely assume that there will be be announcements by the end of next week,” he offered, denying a report he’s already selected Bill Bratton as his police commissioner. “I’ve said this many, many times. When I pick someone, you’ll know.”

While ex-Mayor Rudy Giuliani–whose policing policies Mr. de Blasio has strongly criticized–endorsed the mayor-elect’s leading police commissioner candidates: Mr. Bratton and Philip Banks. “Either one of them would make excellent police commissioners,” said Mr. Giuliani, who once fired Mr. Bratton from his own administration.

Assemblyman Dov Hikind criticized Mr. de Blasio’s support for the White House’s Iran deal.  “I think everyone who’s making statements on this, should be very, very careful,” he said. “Because I have very little doubt that this is nothing promising, nothing positive, that to trust Iran is to make a huge, huge mistake.”

The New York Times wrote up the walk-off for Borough President Marty Markowitz: “‘I made the most of what is a modest role in government,’ he said. ‘Some may feel the depth wasn’t there because of my lighthearted approach.’ He added, ‘A lot of the dreams I had for Brooklyn are being realized as we speak — no question about it.'”

And the Times also profiled why so many Bangladeshis become traffic enforcement agents in the city. 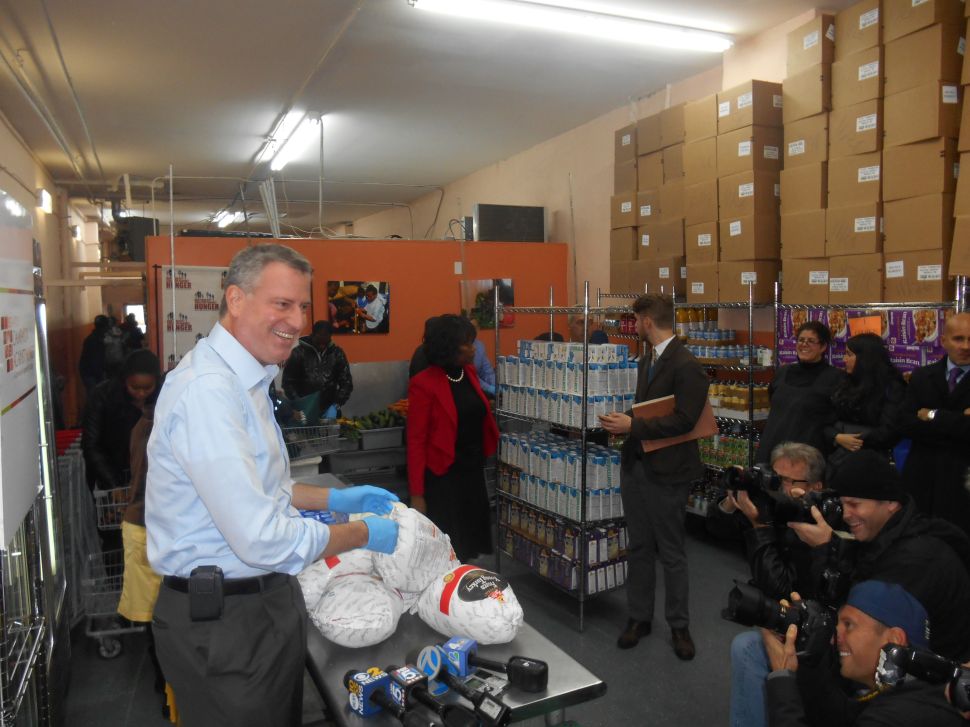