They say that everyone loves a parade but I’m guessing the people who say that don’t own property near the parade route. Honestly, parades are the worst. A crude, loud and antiquated approximation of “fun” that is actually the furthest thing from it. Further than the gap between how you think that scarf looks on you, and the way others see it. Further than the distance between you, and the respect of your father.

The Macy’s Thanksgiving Day Parade is, as you may be aware, the annual holiday parade put on by that store where your aunt from Iowa saw that blouse she loved.

I attended the parade once, years ago, by accident, while attempting to meet my diamond guy for an early lunch. Thanks to the shambling mass of people desperate to catch a glimpse of a slow-moving platform covered in glitter, I arrived late. My diamond guy had already stormed off and, due to the subpar diamond dealers I was then forced to contend with, Mrs. Monocle has shimmered at a markedly lower wattage ever since. (People noticed.) Ronald McDonald, even larger than life than usual.

Parades cling to the lowest possible rung of entertainment that a thing can occupy before being re-classified as scenery. They, alongside shadow puppets, flip books and gourds that look like people, are one rung below candy wrappers circling a storm drain.

To say the Macy’s parade is probably the most famous parade is like saying the steady piercing beep is the most famous smoke detector warning sound. Parades are a scam, filled with things no one would pay to see were they not jumbled together in the worst shambling mass this side of a human centipede.

Do you like marching bands? Well this one is made up of teenagers from the Midwest.

Are you a fan of corporate mascots shilling wares and spouting inane slogans? Good news, theirs are giant-sized and filled with combustible gasses!

Can you almost tolerate cast members from Glee, which is a show, or something? That thing is here too, maybe! How about a once rotund now jarringly odd-looking weatherman feigning good cheer? He will make an appearance.

Heed my words, New York, we are here on this orb a finite amount of time and that time should not be wasted watching a parade. We are weeks away from Thanksgiving so there’s still plenty of time to leave the city and/or smash your television with a mallet of your choosing.

In short, do not watch this sad, garish, funhouse simulacrum of joy. Instead, do anything else. Begin by helping me find a new diamond man. 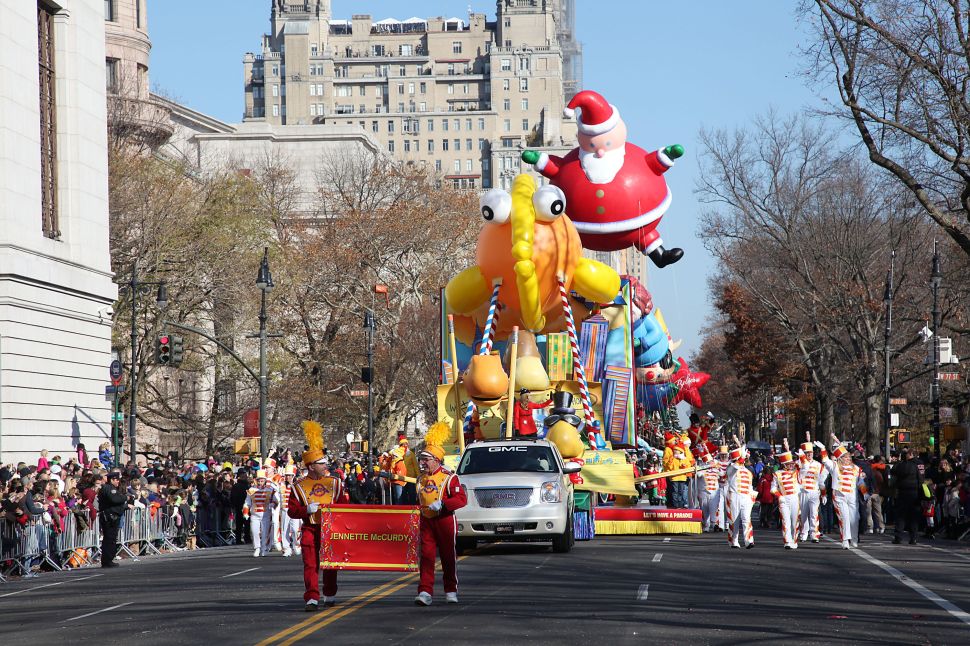