The new website called She’s a Homewrecker sets out to doxx “other women,” or the people who sleep with people who are already spoken for. A jilted wife or girlfriend provides the full name, hometown and photos of the woman who slept with her man. The website posts them, along with a lengthy explanation of why the woman in question deserves the scorn of hordes of Internet commenters.

After descending into our own Shesahomewrecker.com black hole, we saw zero male homewreckers, and only minimal chastising of the men, because boys will be boys, yall. Here’s a comment that exemplifies the prevailing attitudes of the site’s users:

And yes, incredibly, the commenters use their real names. In the world of She’s a Homewrecker, a man is stolen in the way a shrugging cab driver is. He’s just doing what he’s supposed to do. Yell at the woman who butted in front of you if you’re so mad.

The “other women” aren’t given a space to tell their side of the story, and most of the contributors swear up and down that the strumpets knew their man was taken. But don’t worry, the site’s got a bulletproof disclaimer to protect itself from defamation suits:

Shesahomewrecker.com is all about gossip and satire.  The content of the posts and comments published contain rumors, speculation, assumptions, factual information and opinions.  Some posts or comments may contain inaccurate or erroneous information.  Discerning the validity of information, whether found here or elsewhere, is the responsibility of the individual.

Yeah, okay, that’ll hold up in court. The contributors’ vitriolic posts read like they were written by a cross between Glenn Close’s character in Fatal Attraction and a high school girl pulling out her hoop earrings to gear up for a fist fight with the bitch who stole her man. But at the same time, you can’t help but feel for some of the women. An alarming number of contributors say they were suffering from cancer when their partners decided to cheat.

Still, shaming the only person involved who isn’t wearing a wedding ring hardly seems like the productive way to heal yourself. Pretending the other woman was a wily temptress might make it easier to forgive your partner. But posting her personal information on some shitty website just makes you look insane. 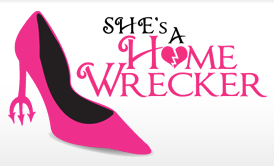